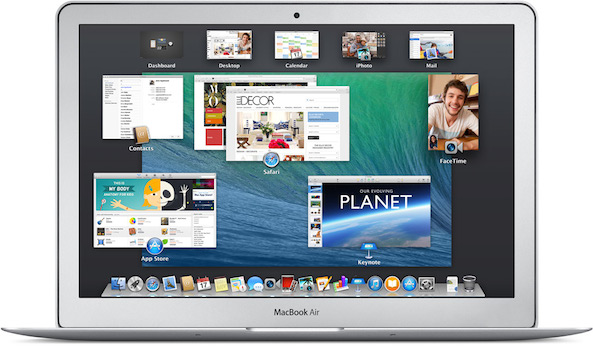 It’s hardly a secret that Apple is looking to phase out non-Retina models from its MacBook Pro lineup.

I mean, even Apple’s Taiwan-based suppliers have been adamant that a long-expected version of the MacBook Air with Apple’s Retina display is due in the second half of 2014.

MacRumors passes along a report by Chinese site VR Zone [Google translate] which has it on good authority that Intel will not begin producing the U and H Broadwell chip series until much later in the year.

As a result, the Broadwell U 2+3 dual-core chips with Intel’s integrated HD 5000 or Iris graphics won’t be ready to ship until February of 2015, meaning the chip giant will ship these in volume by the summer of 2015 at the earliest. 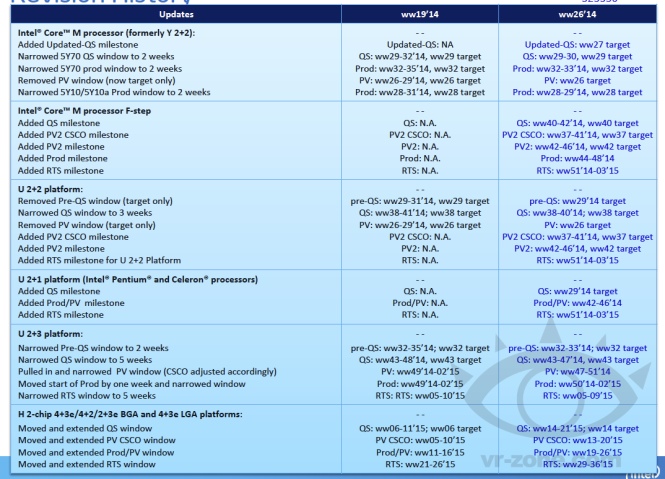 The low-power Broadwell U 2+3 chips are most likely to power the rumored MacBook Air with Retina display. Intel will start production on the low-power Core M processor in July and August for a 2014 launch, adds the report.

Intel originally aimed to release the chips built around the Broadwell platform over the course of 2013. Blame numerous delays thus far on the various issues with the sophisticated 14-nanometer process technology used to manufacture the chips, according to the rumor-mill.

Although some Broadwell chips like the Core M series will be ready for the 2014 holiday season, there are not the fanless variants Apple needs.

We expect the initial Broadwell-based devices, including fanless 2-in-1s built on the Core M processor, will be on shelves by the end of this year with more products and broader OEM availability in 2015.

Last month, for example, Apple quietly refreshed the MacBook Air lineup around Intel’s slightly improved current-generation Haswell processors, with most of the innovation poured into the system’s new $100 cheeper starting price of $1,099.

Whispers of Apple’s dissatisfaction with Intel’s roadmap and power performance have been going around Silicon Valley for years now.

As Bloomberg reported in November 2012, the firm has a stealth team of hardware experts who are exploring applying its mobile chip design know-how to creating own desktop-class processors for Mac portables.

If all goes as planned, first MacBook systems with Apple-designed processors should hit the market by 2017.