When Apple CEO Tim Cook last week fired abrasive iOS chief Scott Forstall, he also appointed the company’s un-retired hardware engineering boss Bob Mansfield as the leader of the new Technologies group, which combines all of Apple’s wireless and semiconductor teams. And in an email to employees announcing the management changes, Cook hinted that Technologies “have some very ambitious plans”. But what could these plans be, apart from designing new processors for iOS devices, which is what Mansfield and his team have been doing for years now?

You’re not thinking big enough. How about a transition away from Intel processors across the Mac lineup? But why on Earth engage in such a risky brain transplant? Aren’t the chip giant’s processors good enough for Macs? If “people familiar with the company’s research” are correct, Apple is secretly (well, not anymore) been seeking ways to one day take the processors it designed in-house for the iOS product family and put them inside Macs…

Apple Inc. is exploring ways to replace Intel Corp. processors in its Mac personal computers with a version of the chip technology it uses in the iPhone and iPad, according to people familiar with the company’s research.

One of the scenarios has Apple designing its own desktop chips, with a foundry like TSMC manufacturing the actual silicon, much in a way Samsung today builds iOS device processors to Apple’s blueprints.

Mansfield has overseen Apple’s investigations into other chip alternatives, though he didn’t have authority over some of the computer scientists who specialize in writing the software that govern these chips, according to one person.

These people formerly worked for software chief Scott Forstall, who left the company in the management shakeup.

Apple first started using Intel chips in Macs back in 2005 as it rapidly transitioned away from the PowerPC platform because it had proved inadequate performance-wise to match Intel’s offering, especially in notebooks where battery performance is paramount.

In fact, Apple never got around building a G5-driven MacBook because that piece of silicon was a notorious power hog.

The report goes on to note that the switch is unlikely to happen in the next few years. But it’s inevitable, sources claim, as the features of mobile devices and PCs become more similar.

But what is Apple’s rationale behind such a potentially massive undertaking?

@dujkan can you count how many times we’ve seen that rumor?

The shift, the article notes, is part of Apple’s push “to make products thinner and smaller” without sacrificing performance, which has reportedly long been an interest of Mansfield’s.

As handheld devices increasingly function like PCs, the engineers working on this project within Apple envision machines that use a common chip design.

One of the people said that a consistent underlying chip architecture would enable a seamless experience on laptops, phones, tablets and televisions five years from today.

It makes sense because Apple for the same reasons for opted to design its own mobile chips so it could differentiate from rivals using off-the-shelf components available to everyone. By acquiring fabless semiconductor makers like PA Semi and Intrinsity, Apple scored top engineers who now form its in-house silicon team. 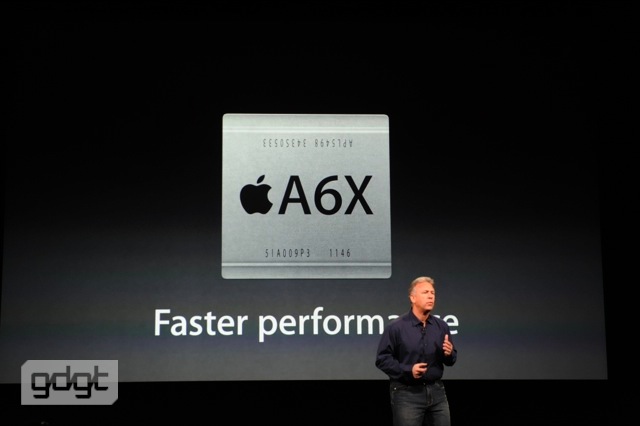 Had it not been for these people, Apple would have never been able to design its iPad around an all-day battery performance nor would its mobile devices be able to provide ample performance with each generation without taking a significant toll on battery life.

In fact, this never-ending quest for all-day battery performance may one day give birth to an ARM-based MacBook.

Apple was working on thinner versions of its MacBook line, featuring its power-hungry high-resolution retina display, and Intel had failed to convince Apple executives it was serious about focusing on lower-power chips.

Apple executives, including Mansfield, met repeatedly with their Intel counterparts to share their questions, and to tell the chipmaker it was examining ways to use its own chips in the Mac line, one of the people said.

Just think about the possibilities.

ARM’s CPU platform is the basis for all of Apple’s iOS device processors.

It is ARM’s platform that enables your iPad to last all day long. 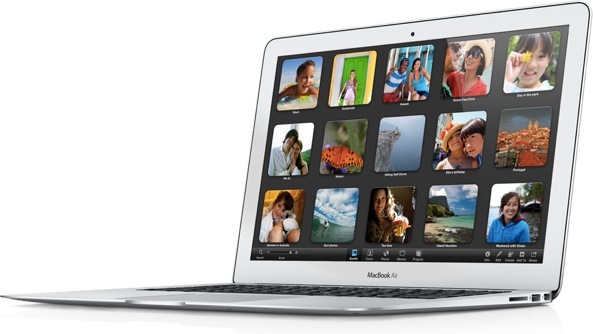 Your MacBook Air, on the other hand, doesn’t – it only gets five hours of battery life, at best.

But an ARM-based Mac notebook would be able to run much longer, probably like 24 hours, on a single charge. That in and of itself would mark a significant breakthrough in notebook performance and usability.

Of course, I’m just speculating here and your guess is as good as mine so feel free to join the discussion down in the comments.