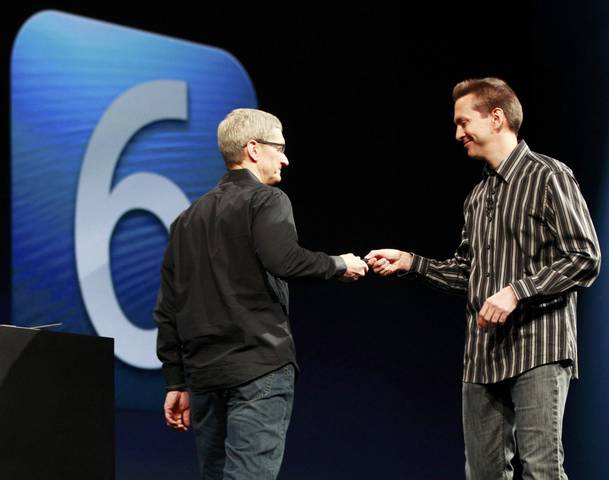 Earlier today, Apple announced some major changes to its management team. The company’s SVP of iOS Software, Scott Forstall, will be leaving next year, as will SVP of Retail John Browett. Other executives, particularly Jony Ive, will be picking up Forstall’s responsibilities, and a search is underway for Browett’s replacement.

This afternoon, Tim Cook sent an internal email to Apple employees regarding the management changes, and thanked Scott for his many years of service. We’ve got that email after the break…

We are in one of the most prolific periods of innovation and new products in Apple’s history. The amazing products that we’ve introduced in September and October – iPhone 5, iOS6, iPad mini, iPad, iMac, MacBook Pro, iPod touch, iPod nano and many of our applications – could only have been created at Apple, and are the direct result of our relentless focus on tightly integrating world-class hardware, software and services.

Today, I am announcing changes that will encourage even more collaboration between our world-class hardware, software and services teams at all levels of our company. As part of these changes, Jony Ive, Bob Mansfield, Eddy Cue, and Craig Federighi will be taking on more responsibilities. I am also announcing that Scott Forstall will be leaving Apple next year and will serve as an advisor to me during the interim. I want to thank Scott for all of his many contributions to Apple over his career.

Jony Ive will provide leadership and direction for Human Interface (HI) across the company in addition to his longtime role as the leader of Industrial Design. Jony has an incredible design aesthetic and has been the driving force behind the look and feel of our products for more than a decade. The face of many of our products is our software and the extension of Jony’s skills into this area will widen the gap between Apple and our competition.

Eddy Cue will take on the additional responsibility of Siri and Maps. This places all of our online services in one group. Eddy and his organization have overseen major successes such as the iTunes Store, the App Store, the iBookstore and iCloud. They have an excellent track record of building and strengthening our online services to meet and exceed the high expectations of our customers.

Craig Federighi will lead both iOS and OS X. We have the most advanced mobile and desktop operating systems on the planet, and bringing together our OS teams will make it even easier to deliver our best technology and user experience innovations to both platforms. Craig recently led the very successful release of Mountain Lion.

Bob Mansfield will lead a new group, Technologies, which combines all of our wireless teams across the company in one organization, allowing us to innovate in this area at an even higher level. This organization will also include all of our semiconductor teams, who have some very ambitious plans. As part of this, I am thrilled to tell you that Bob will remain with Apple for an additional two years. Bob has led some of our most challenging engineering projects for many years.

Additionally, John Browett is leaving Apple. Our search for a new head of Retail is already underway. In the meantime, the Retail team will report directly to me. Retail has an incredibly strong network of leaders at the store and regional level, and they will continue the excellent work they’ve done over the past decade to revolutionize retailing with unique, innovative services and a focus on the customer that is second to none. This phenomenal team of talented and dedicated people works their hearts out making our customers happy. They have our respect, our admiration and our undying support.

Please join me in congratulating everyone on their new roles.

I’d like to thank everyone for working so hard so that Apple can continue to make the world’s best products and delight our customers. I continue to believe that Apple has the most talented and most innovative people on the planet, and I feel privileged and inspired to be able to work with all of you.

As John Gruber points out, it was interesting that Tim Cook didn’t have any kind words for Scott Forstall in the initial press release. And even the “thank you” in the above letter seems forced. Forstall started working at NeXT for Steve Jobs back in 1992, and he followed him in his return to Apple. Since then, the software engineer has been largely responsible for the evolution of both OS X and iOS.

But talent aside, Forstall has also been largely criticized for clashing with other executives, including Jony Ive and Bob Mansfield, to the point where they didn’t want to be in the same room with him. And when you combine that, the inconsistent UI elements in iOS (see skeumorphism), and the recent iOS 6 Maps debacle, it’s not hard to see that Forstall leaving was probably not his choice.

At any rate, this is a huge move by Apple and an even bigger move by the still-new CEO Tim Cook. It’ll be interesting to see what effects these changes have on Apple and its products moving forward.