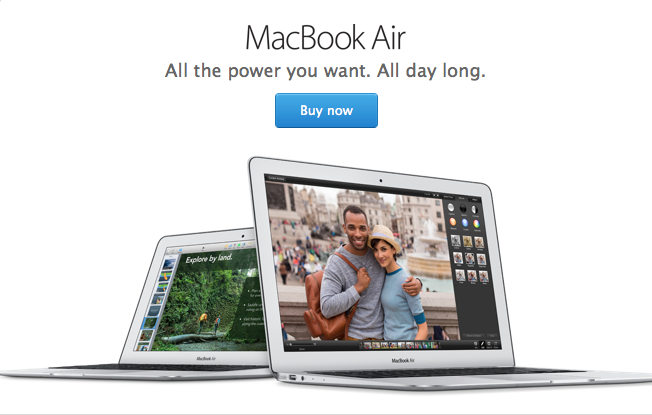 As expected, Apple launched refreshed MacBook Air models this morning. There aren’t any major changes, but the new laptops feature faster versions of Intel’s Haswell processors and are priced at $100 less than their predecessors.

The updated models are currently available worldwide. Unsurprisingly, there’s no sign of the rumored 12-inch MacBook Air with Retina display… 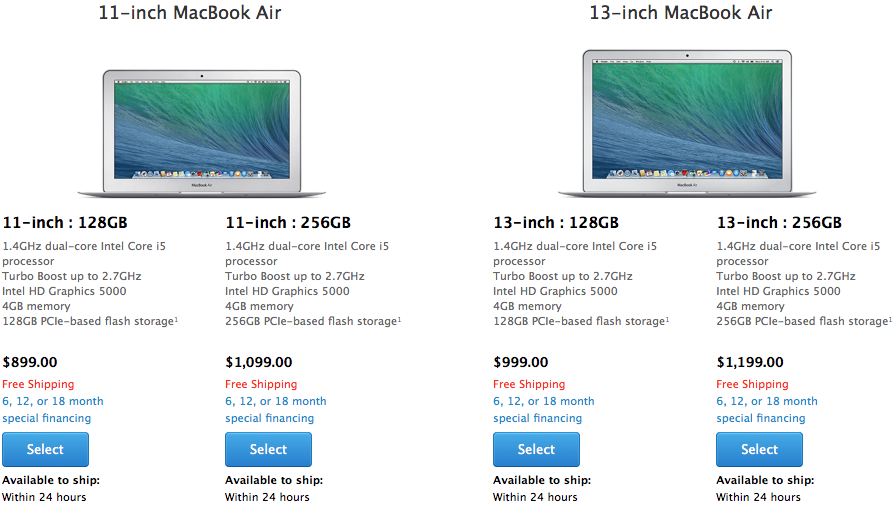 Apple is still using Intel’s Haswell architecture here, but the processors are rated at 1.4GHz instead of last year’s 1.3. On its own that may not seem like much of an upgrade, but the new chips also feature a higher Turbo Boost speed: 2.7 vs. 2.6.

What does this mean for you? Improved performance (though just how much remains to be seen), and likely better efficiency. Apple still has battery life rated at 9 and 12 hours for web browsing, but iTunes playback time has slightly increased.

The biggest news here is the price tag, as Apple continues to make its laptops more accessible—not a bad idea with back-to-school season just around the corner. To see the new MacBook Airs for yourself, visit your respective Apple online store.