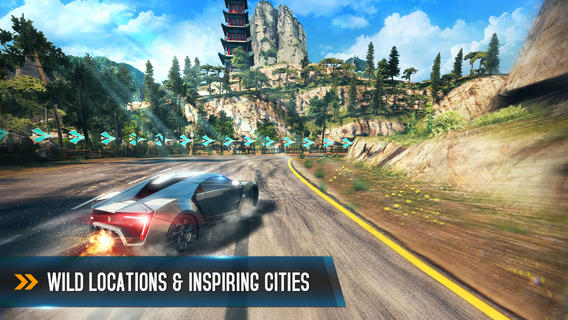 Now live in the App Store and labeled with version 1.4, the game offers several new features while ditching the dreaded rental fee for events. Instead, you now enter time-limited events using a brand new Fuel system.

Jump past the fold for full details…

Some of the new cars you can win in time-limited cups include the Chrysler ME 412, Ferrari FF, Ford 2006 GT, Ford Mustang 2015, Mercedes CLK-GTR and Mercedes SLS AMG.

It’s live in the App Store and coming soon on Android and Windows Phone devices.

Released in August 2013 as a paid download, less than three months later the game became a free-to-play download as Gameloft fully embraced the freemium model.

A notice on the Apple website last month hinted that a “new version of Asphalt 8: Airborne is coming to the App Store this summer”.

The universal app comes in at 870 megabytes and requires iOS 5.0 or later.