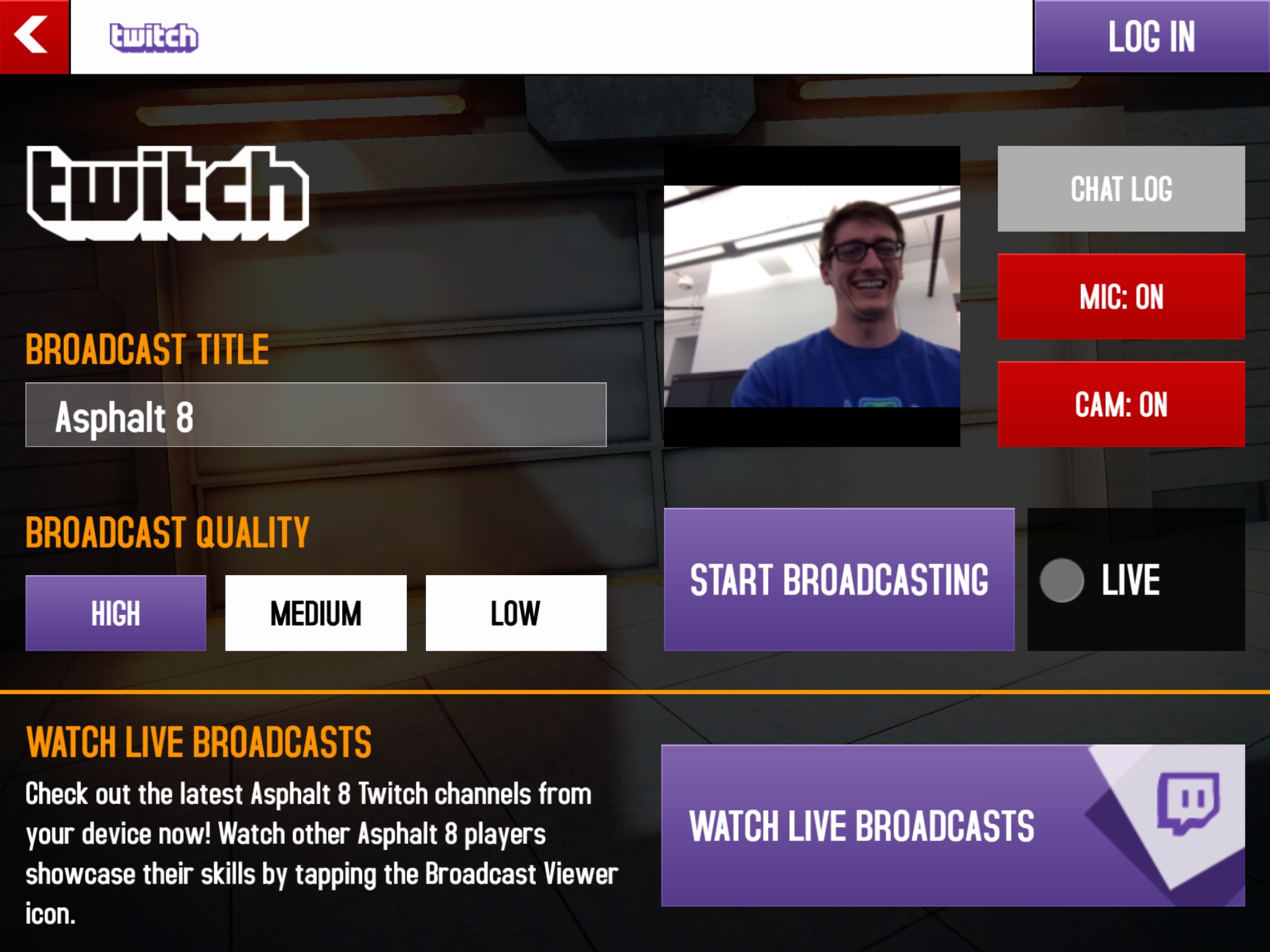 Earlier this week, Gameloft, the prolific maker of mobile games, has announced a partnership with the live streaming video game platform Twitch that would bring the first ever mobile streaming game experience to Asphalt 8: Airborne.

The following day, Gameloft teased the forthcoming update and it’s now live in the App Store so best thing you grab it now and live stream some action right away.

Discover the Great Wall with your McLaren P1, Ferrari Testarossa or any of the other new dream cars, and share your journey with your friends using the brand-new Twitch broadcasting feature only on the App Store.

Just don’t get distracted by the beauty of the scenery “or you might fall off the edge,” writes Gameloft.

Welcome to the Great Wall, indeed!

With Twitch enabled, you can broadcast your gameplay to the web, in real-time, as live-action video, along with your voice and face photo as seen through the lens of your device’s FaceTime camera.

Connect with the Asphalt community on Twitch.tv to broadcast your gameplay online, share your biggest stunts, or take a look at your rivals’ skills. Think you’re the best driver? Prove it with Twitch!

Gameloft says Twitch integration lets players interact with their viewers by reading chat messages, talking with them through their device’s microphone and more.

What’s really awesome is existing Twitch users can update their game and start streaming immediately after logging in on the in-game Twitch dashboard. If a player is new to Twitch and streaming, they can create an account in Asphalt 8 and go live in a matter of minutes!

Because your device is encoding and continuously uploading live video to the Twitch server, the faster your Internet connection the smoother the broadcast. And with quite a lot going on regarding Twitch encoding and streaming – on top of the game itself – it’s little wonder that Twitch broadcasting requires fairly speedy hardware running the A7 chip: the iPhone 5s, the iPad Air and the iPad mini with Retina display.

Another caveat: video quality is dependent on Twitch servers, among other things, as the company was taking some heat last year over the lag issue, particularly in Europe.

To tackle this problem, Twitch has upgraded its infrastructure and introduced a significant delay on streams in order to decrease stutter. In some circumstances, however, this delay affects live interaction between the player and the audience. 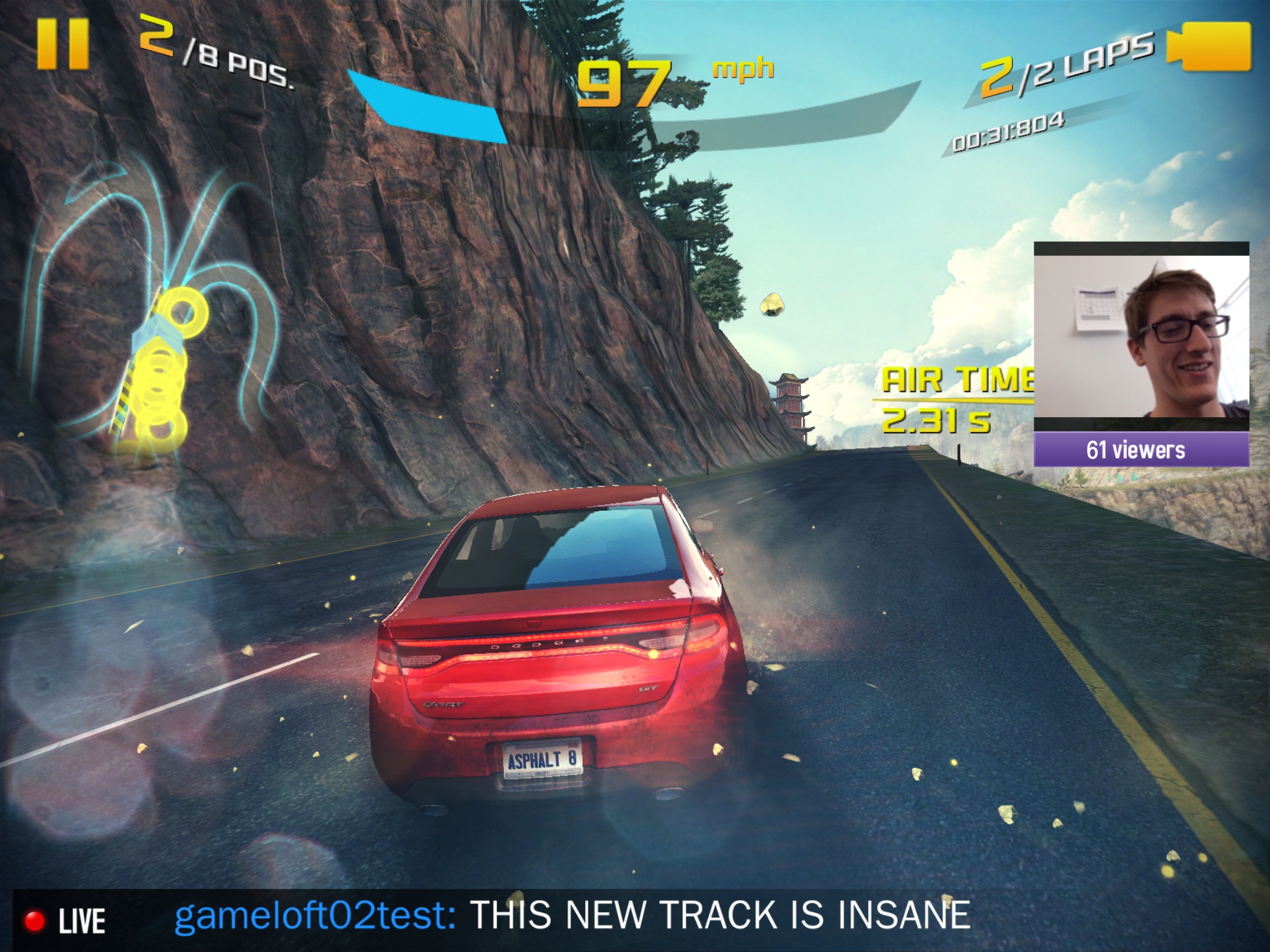 In addition to Twitch broadcasting, this update includes some new in-game tracks to rev your soul as well as new cars to buy and upgrade, including the 2014 McLaren P1, Ferrari Testarossa, Dodge Challenger and the 2014 Ford F-150.

The App Annie Index ranks Gameloft the #2 game publisher in the world in terms of game downloads on smartphones and tablets.

The universal binary comes in at a whopping 1.03GB.