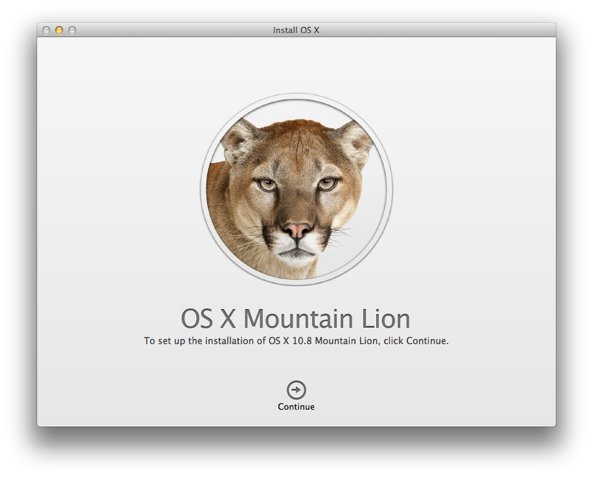 Apple’s OS X 10.8.5, better known as Mountain Lion, represents the company’s ninth major release of the OS X desktop and server operating system for Macintosh computers. The company has been testing a fifth update to Mountain Lion for some time and today released the software for public consumption.

Better Xsan reliability and fixes for Wi-Fi issues are also part of this update. It’s available now through the Software Update option on the Mac menu or via the Mac App Store’s Updates tab…

The update is recommended for all OS X Mountain Lion users as it improves the stability, compatibility and security of your Mac. For detailed information about the security content of this update, check out this Apple support document. 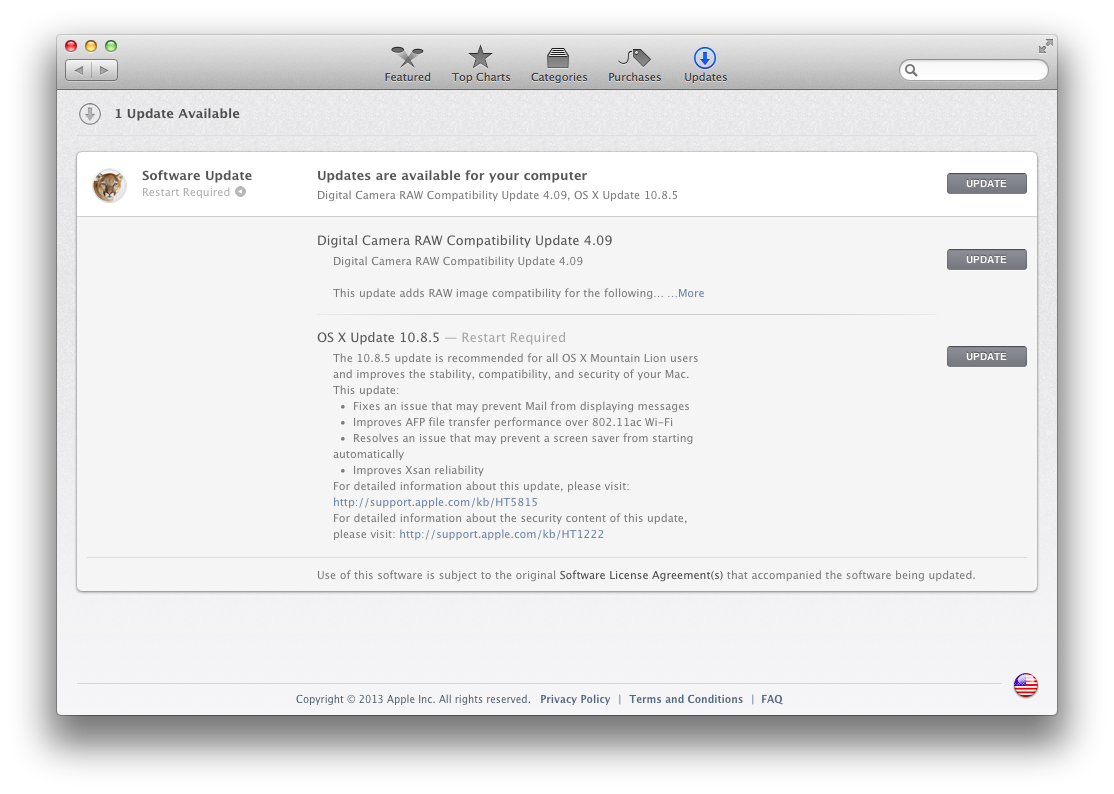 A new Digital Camera RAW Compatibility Update 4.09 is also available with RAW image compatibility for the Olympus PEN E-P5 camera and changes that:

Apple is expected to release OS X 10.9 Mavericks some time in Fall.

It’ll bring out hardware-accelerated scrolling and user-facing features such as Finder Tabs, the native iBooks and Maps apps for your Mac, LinkedIn integration, Shared Lists and Power Saver capability in Safari, improvements to Notifications and more.