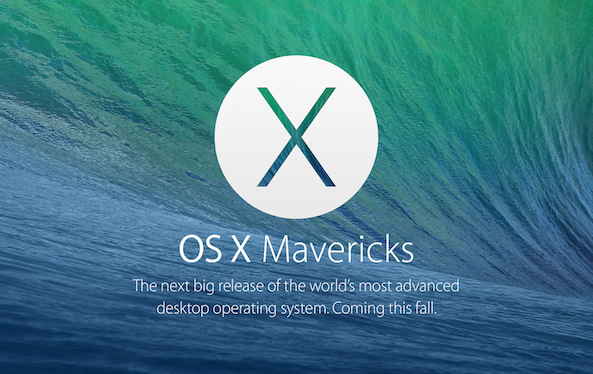 Apple here at WWDC said that Mountain Lion, Apple’s ninth release in a decade, is now on 35 percent installed Mac base in just under six months. Taking the stage, Apple’s head of Mac software Craig Federighi in a joke aimed at the rumor-mill said that the next release, OS X 10.9, is named Sea Lion.

Not really – Apple would run out of cat names had they hone with the Sea Lion name. Therefore, the company has chosen the naming convention that will take them into the next ten years. Say hello to OS X Mavericks…

The first California-themed release focuses on extending battery life and providing even greater responsiveness, in addition to new apps and features to appeal to power users. 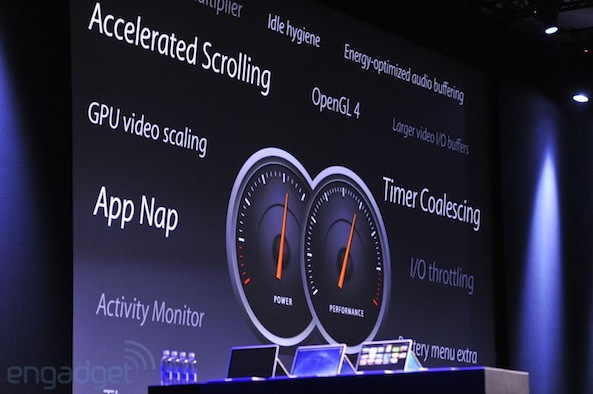 Compressed memory ensures that apps gate paged out to your storage and brought back to RAM even faster. On overall, Apple cites 1.4 times general speed improvement, and that’s on fast SSD systems such as the MacBook Air. You should also expect up to 1.5 times faster waking from sleep.

App Nap keeps track what you do and where you want to go to optimize battery performance. For example, dragging an iTunes window over an active app will immediately reduce the background app’s battery usage. 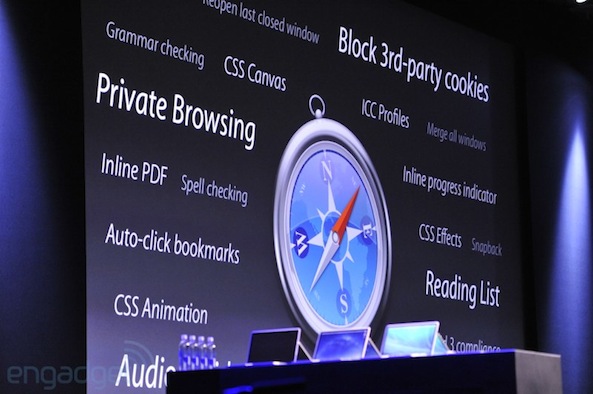 OS X Mavericks also includes Finder Tabs to de-clutter your desktop and Tags. Federighi said you can tag things wherever they are, including on iCloud or file shares. 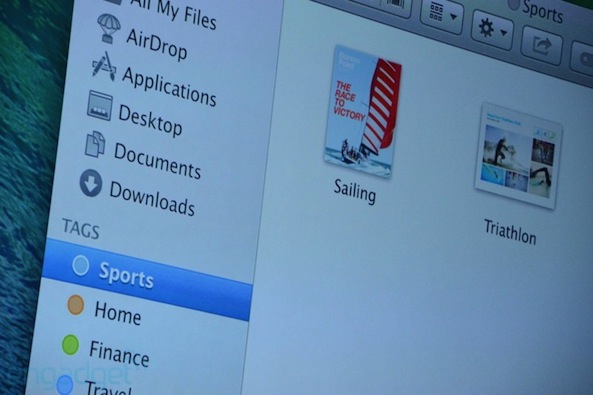 Also major is much better support for multiple displays.

What this means is that you can now summon the Dock and the menu bar on a per-display basis. In a demo given on stage, Federighi opened apps on two displays. He then sent a secondary display app to full screen and swiped between them with ease. 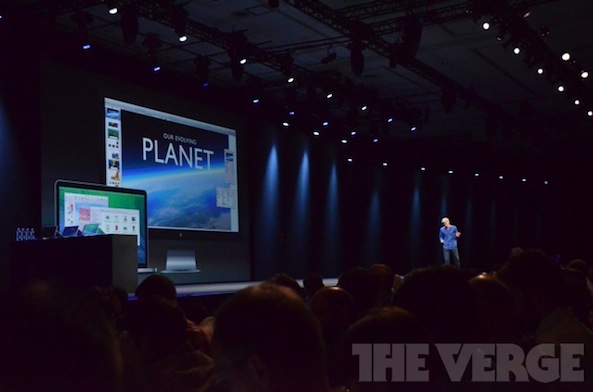 Matter of fact, Federighi them opened up iPhoto on a first display, sent it to full screen as well and swiped between each display’s full screen app independently of each other.

Topping it all off, he then added a third screen through an Apple TV via AirPlay. He was able to use full screen apps, the menu bar and the Dock independently on each display – that’s pretty dope.