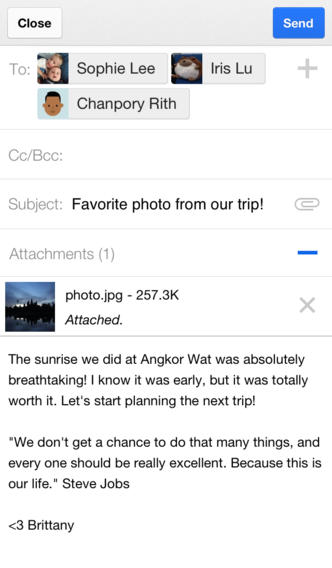 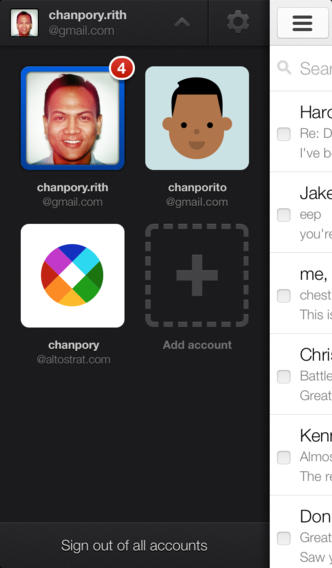 Wow, you have to give it to Google for trying to take over the experience by creating a nice little ecosystem right inside Apple’s iOS.

See, the Internet giant has been quite diligent about integrating its popular iPhone and iPad apps to work seamlessly together.

Not only has today’s update enabled a prettier attachment experience, but it’s also brought out tight integration with Google apps. This is quite handy as links in email messages to Google Drive and Google+ content can now go directly to Google’s native iOS apps, if installed…

The option to turn Google apps integration on and off can be found nested under the app’s settings interface. As for the improved attachment experience, you’ll notice how the thumbnails representing image attachments are now larger and therefore easier to spot.

Also new: tapping a thumbnail takes you to the full screen view.

Download the free Gmail iOS app from the App Store.

A number of other Google apps are already tightly integration on iOS.

For example, Chrome now opens certain links in the native YouTube and Maps apps. On top of that, both YouTube and the recently released AdSense app recently started supporting the unified account sign-in feature – with more to come soon, no doubt.

And topping it all off, last month Mountain View posted a Google Cast software development kit making it easy for iOS developers to control Google’s $35 Chromecast TV dongle from their own apps. Oh, and the official Chromecast iOS companion app just surfaced on the App Store this morning.

On a somewhat related note, the AdSense iOS software was also updated this morning with a few new features and improvements:

– More metrics. Now see the page views, clicks, page CTR, cost per click and page RPM as well as estimated earnings;
– Top Products report. Now you can easily see which products are generating your revenue: Content, Search, Mobile Apps…
– AdSense reporting timezone. The figures in the app will now respect your timezone setting, and match the Home tab on the AdSense website;
– Option to remove the alerts count from the icon badge;
– A few small bug fixes and UI polish.

This AdSense update is of course free.