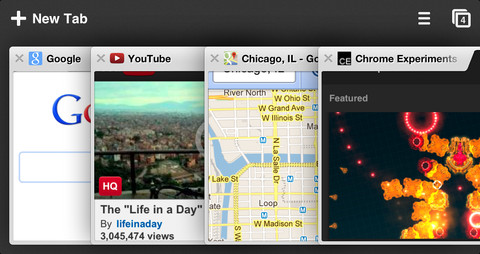 The Internet giant Google has just pushed a major update to its Chrome browser for the iPhone and iPad, sporting better voice capabilities and containing a whole bunch of new features that make the browser fully interoperable with major Google apps available on the iOS platform.

In addition to advanced voice control achieved through additional enhancements to voice search and improved text-to-speech, this edition of the Chrome 28 build boasts tight interoperability with Google’s other native apps on iOS.

For starters, there’s a handy option to open links for YouTube, Maps, Google+ and Drive in Google’s native iOS apps instead of the browser. On the iPad side, there’s a new full-screen browsing mode (finally) along with other tidbits, mentioned after the break…

Toolbar controls are now always visible when using voice search and text-to-speech is provided for all variations of English, Spanish, German, Italian, French, Japanese, and Korean.

Of course, you’ll have to install other Google iOS apps to take advantage of this integration. I typically watch a bunch of clips on any given day so it’s awesome that I can now tell Chrome to open YouTube links in Google’s native app.

The feature works nicely with the just-updated Google Maps application. 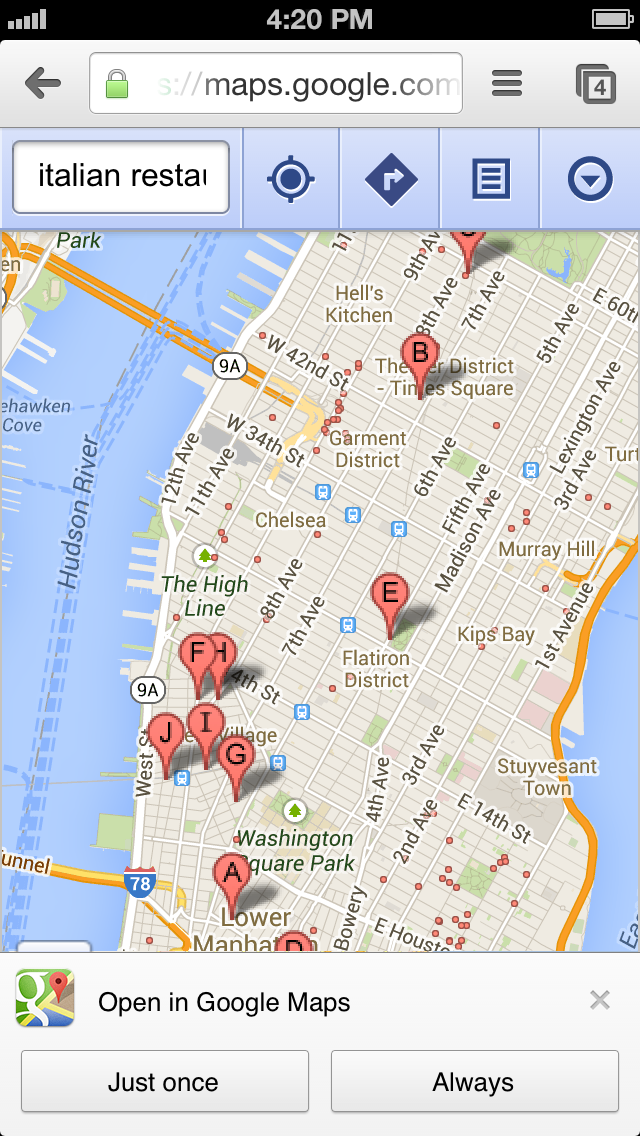 You’d be advised to enable Maps integration in Chrome settings because following directions using a Google Maps web app in Safari is way too cumbersome and sluggish.

As for iPad users, they’ll be delighted to know Chrome finally supports full-screen browsing and lets them access their browsing history from the Chrome menu.

• Interoperability with other Google Apps
• Option to open links for YouTube, Maps, G+ and Drive in the app instead of the browser.
• Enhancements to voice search
• Text-to-speech for all variations of English, Spanish, German, Italian, French, Japanese, and Korean.
• Toolbar controls are always available when using voice search
• Fullscreen on iPad
• Data cost savings
• Reduce data usage and speed up page load times. View data savings in Bandwidth Management settings. This feature is being rolled out and will be available to all users over time.
• Access to browser history
• Stability / security improvements and bug fixes

On top of that, Google over the coming days will be rolling out an experimental data compression service which promises to save bandwidth, strengthen security and shorten page loading times by delivering website data in a compressed form.

Your free universal update awaits you on the App Store.