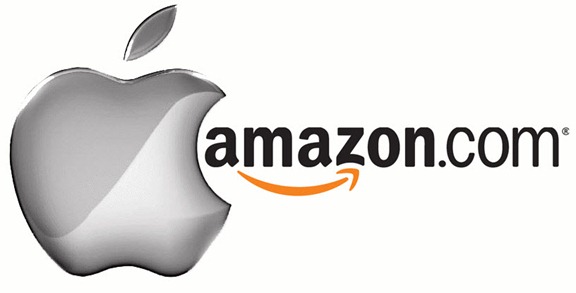 Apple and Amazon have taken off the gloves back in 2011, apparently deciding the ‘App Store’ name is big enough for both companies. An Oakland, California district court pulled the plug on the dispute at the request of the two app providers. The decision to walk away from just who owns the ‘App Store’ title follows Apple agreeing not to sue Amazon, according to a report this morning…

According to Reuters, U.S. District Judge Phyllis Hamilton dismissed the case Tuesday after Apple told Amazon it would not sue over the Internet retailer’s use of the phrase “App Store.”

We no longer see a need to pursue our case. With more than 900,000 apps and 50 billion downloads, customers know where they can purchase their favorite apps.

Apple’s lawsuit against Amazon had dragged on since mid-2011, when the Seattle-based online firm opened its app store for the Android platform.

Although Apple received a trademark for ‘App Store’ back in 2010, it filed suit when Amazon unveiled its ‘Amazon Appstore for Android’ and solicited app developers, putting the two firms in direct competition.

Later the same year, Apple again filed suit against Amazon, charging the retailer upon introducing the Kindle Fire had dropped the ‘Android’ portion, putting the two App Stores in even closer competition.

Since that time, courts have not looked favorably on Apple’s attempt to control the use of the two words. In early 2013, Hamilton sided with Amazon, dismissing Apple’s claim on trademark infringement, then told the two parties to settle the legal sideshow.

Today’s action indicates both companies have bigger fish to fry.

You could say Apple no longer owns the app store economy to the extent that it is no longer the sole player it used to be when it released the iPhone into the world in 2007 and unleashed the App Store a year later.

Although Apple is the leading player in the app platform space, it’s now focused on more pressing issues, such as improving stock value amid lower profits.