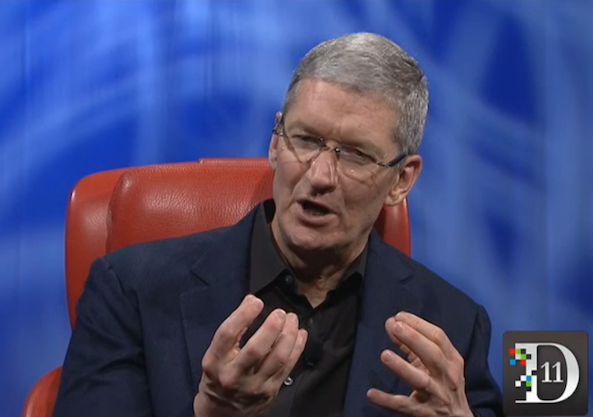 According to a new filing with the SEC this afternoon, Apple’s Board of Directors has elected to modify Tim Cook’s payment package he was awarded in 2011 after being promoted to CEO. The change, which apparently came at Cook’s request, takes the one million restricted stock units he was set to receive over the next 10 years and makes the compensation more performance-based…

In the documents, Apple says that it is changing the way it divvies out bonuses in future deals with its top executives after having in-depth discussions with many of its largest shareholders. And it commends Cook for “leading this initiative by example,” saying that the CEO pushed the company’s Directors to add more risk to his pay package and that he has the “full support of the Board.”

MacRumors shares an excerpt from the filing:

“Under the adopted modification, Mr. Cook will forfeit a portion of the 2011 CEO equity award, which was previously entirely time-based, if the Company does not achieve certain performance criteria. While the Committee generally believes that a performance-based award should have both a downside and an upside component, at Mr. Cook’s request, the modification does not contain an upside opportunity for overachievement of these criteria. As a result of implementing a modification with only downside risk, the Committee has determined that a portion of the original grant should vest earlier than originally scheduled. This modification will not change the award’s original value for accounting expense purposes.”

The details can really get confusing, but if you’d like to know more about the modifications made to Tim Cook’s pay package, you can view the full 8-K filing here. The bottom line is that Cook wants people—both Apple shareholders and employees— to know that a big chunk of his paycheck moving forward will depend on how well Apple does in their markets and on Wall Street. Interesting.