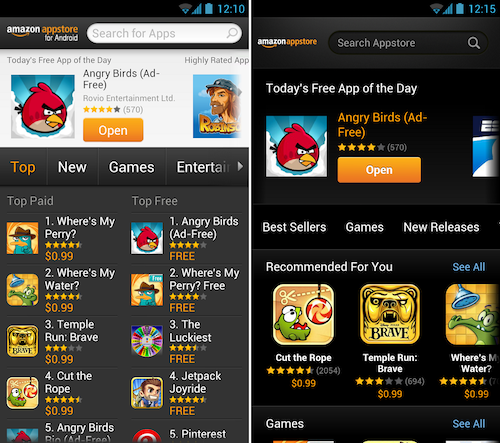 Apple’s been involved in some pretty silly legal tiffs, but this one has to be at the top of the list. In 2012, the Cupertino company filed a lawsuit against Amazon for using the term ‘App Store’ to describe its app portal, calling it “false advertising.”

Well luckily, it looks like we can finally put this mess behind us. According to a new report, a California court has granted Amazon’s request to dismiss Apple’s false advertising suit on the grounds that it failed to provide sufficient evidence…

The whole thing started when Amazon launched its “Amazon Appstore for Android.” Apple said that its use of the term ‘Appstore’ would deceive customers into believing that Amazon’s service had the qualities of Apple’s high-profile applications store.

But it couldn’t prove it.

“The court finds no support for the proposition that Amazon has expressly or impliedly communicated that its Appstore for Android possesses the characteristics and qualities that the public has come to expect from the Apple APP Store and/or Apple products,” Hamilton said.”

Not so fast though. Apple is still awaiting a response from the US Patent and Trademark Office regarding the ‘App Store’ trademark. The iPad-maker filed for the moniker back in 2008, and is hoping that the Board will soon reach a decision.

Should Apple win the trademark, it would be able to go after Amazon, and anyone else using the term ‘App Store’ for infringement and could seek an injunction, damages, or both. The trial is scheduled to start sometime later this year.

Now, I know Apple played a big part in the advancement of mobile applications, but I feel that ‘App Store’ is too general to trademark. That, to me, is like trying to acquire the rights to ‘grocery store.’ But who knows what’s legal anymore.

What do you think? Should Apple have sole ownership of the term?