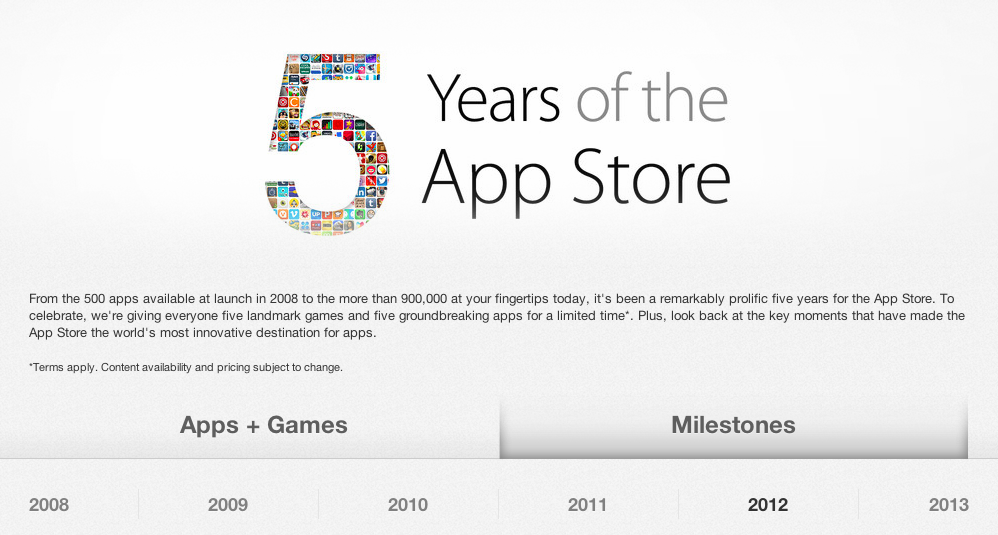 With just two days until the official fifth anniversary of Apple’s App Store, the company last week conveniently delivered a celebratory poster highlighting key moments in the application’s store five-year history. A few hours ago, Apple slashed a number of premium apps and games to zero bucks and now a new anniversary section has just gone live on iTunes. Titled ‘5 Years of the App Store’, it’s accessible both from desktop iTunes and via the stock App Store app on iPhone, iPod touch and iPad devices…

As we previously reported, to celebrate the big event Apple has discounted a number of premium games and apps to zero bucks, including the $19.99 Traktor DJ software, the $4.99 Day One journal app and such triple-A games as Infinity Blade II, Tiny Wings and more.

From the 500 apps available at launch in 2008 to the more than 900,000 at your fingertips today, it’s been a remarkably prolific five years for the App Store.

To celebrate, we’re giving everyone five landmark games and five groundbreaking apps for a limited time.

Plus, look back at the key moments that have made the App Store the world’s most innovative destination for apps. 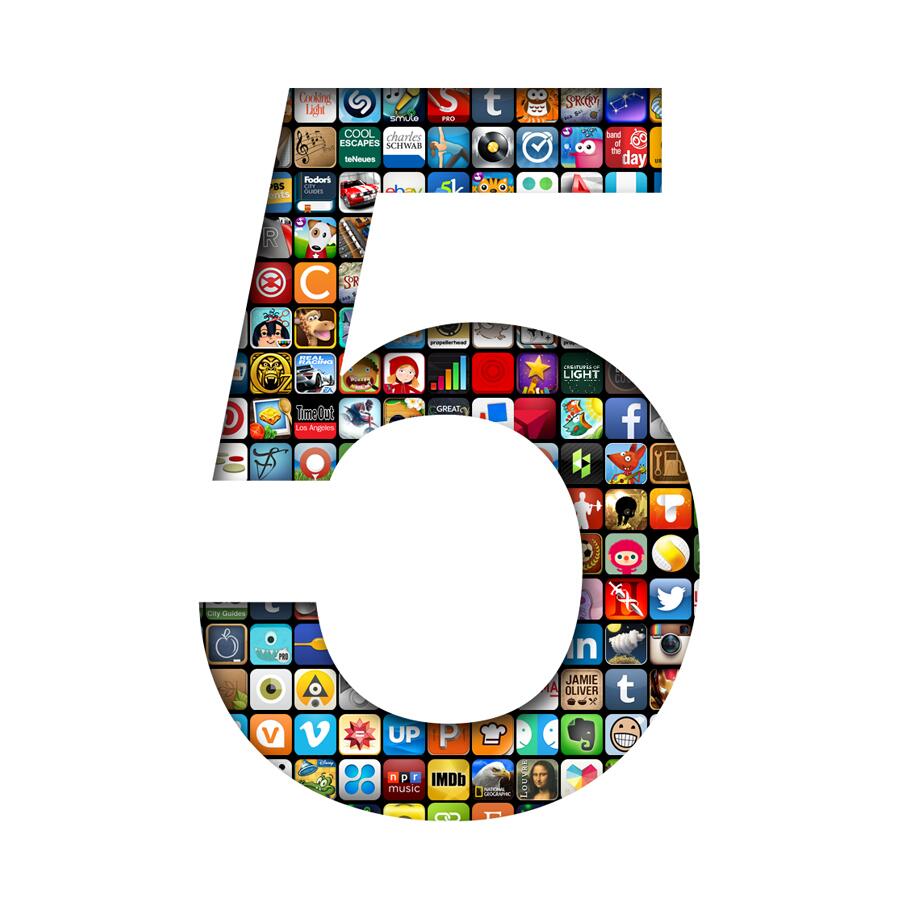 The interactive section lets you explore key highlights in the App Store’s five-year history. The very first milestone concerns the July 10, 2008 launch of the App Store.