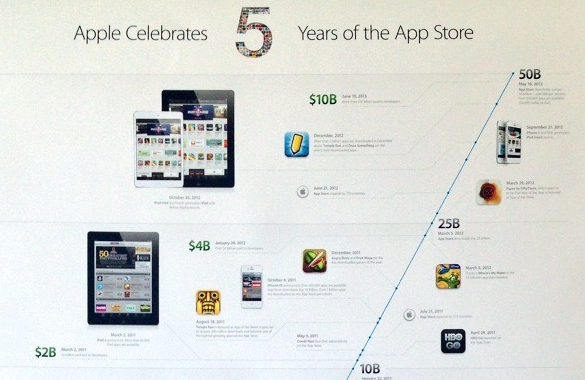 With the July 10, 2008 release of iPhone OS 2.0, Apple launched the App Store to the public. And with but a week until its fifth year anniversary, the company has posted a nice timeline illustrating the most important moments in the application store’s history. Tim Bradshaw of The Financial Times posted the scanned poster online. Apple apparently sent the poster to a few other major media outlets…

Bradshaw scanned the poster and posted his on his Tumblr. 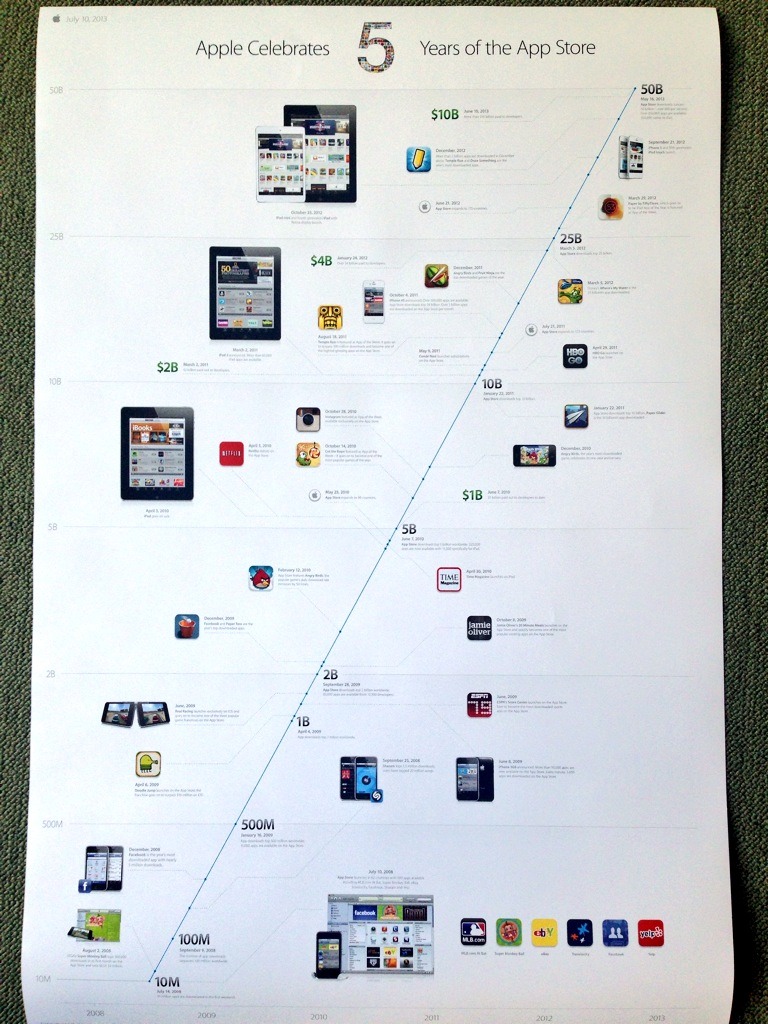 He also created a quick Vine clip highlighting a few key events featured on the timeline, have a look below.

The App Store notably celebrated its 50 billionth app download ahead of the WWDC keynote. Apple has actually gone to trouble printing out this thing, though that’s not unheard-of.

In a similar move earlier this year, Apple sent out posters to big media celebrating a decade of iTunes, along with an iTunes Gift Card redeemable for 100 songs cherry-picked by Apple’s editors.

Soon after, the company followed-up with an interactive iTunes timeline on its website.

I’ll update the post if and when a similar timeline goes live regarding the App Store anniversary.