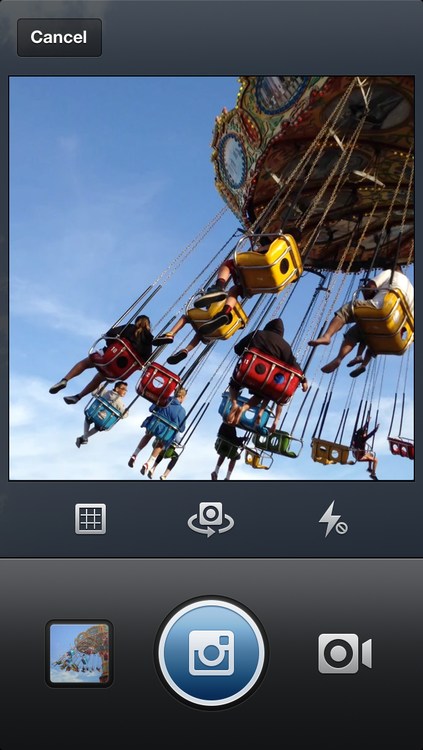 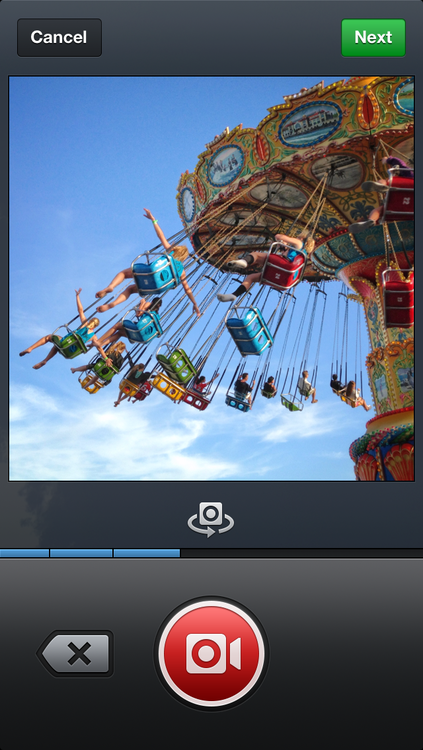 As expected, Facebook at a press conference today announced that Instagram, the popular photo-sharing service it snapped up earlier in the year, now lets you record, upload and share short video clips with your followers or the web at large.

An accompanying update to the Instagram mobile app with video capability has just been released, featuring a brand new camera icon. You can optionally soup up your recording with a bunch of cinematic filters made specifically for Instagram videos. When done, share your work on Instagram like you would do with photos and hope it goes viral…

To get to the camera recording, you first have to tap the Camera icon at the bottom of the Instagram app and then tap the video recording icon to switch from camera to video.

Like in Twitter’s Vine, recording a clip requires entails pressing and holding the button in the Instagram app. Clips can be anywhere between 3-15 seconds long so lift your finger off the button to stop recording.

There are also thirteen video filters to swipe through, with effects being applied in real-time. Instagram co-founder Kevin Systrom wrote in a blog post that posting a video also lets you select your favorite scene from what you’ve recorded as your cover image, a poster frame of sorts. 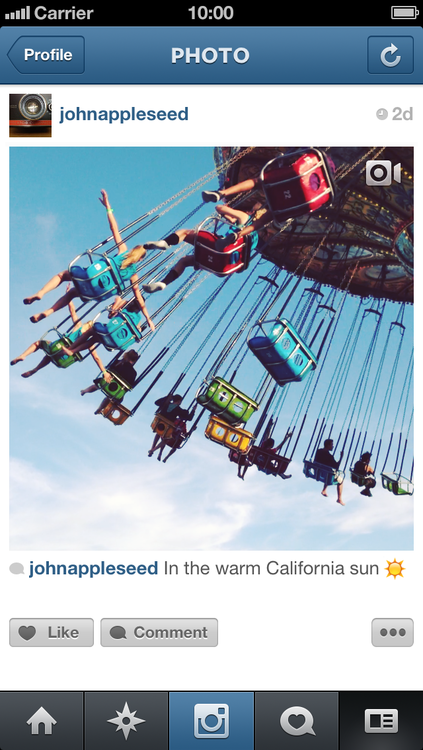 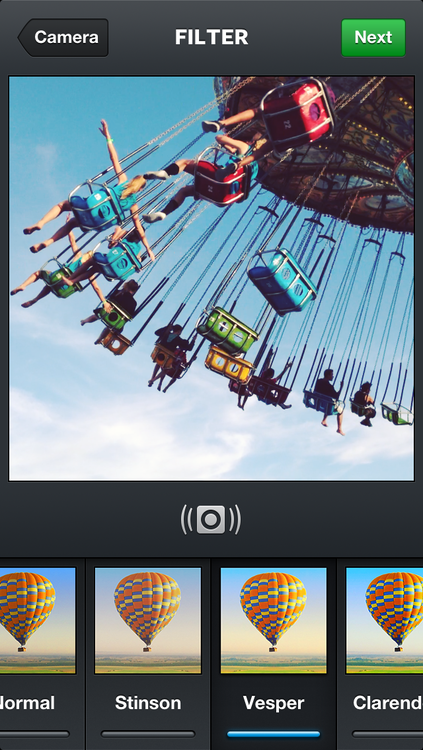 And if you’re on an iPhone 4S or iPhone 5, a Cinema feature will automatically stabilize a shaky video after you take it. To disable stabilization (it’s on by default), tap the shaky camera icon.

Keep in mind that video requires an iPhone 3GS device or newer running iOS 5.0 or later or an Android 4.1 or later smartphone.

“And as with photos, you own your videos,” he wrote.

Uploaded videos appear in feed and others can see them through either the Instagram mobile app or on your web profile, which is viewable in any web browser. In order to limit videos and photos to your approved followers only, just set your profile visibility to private and you’ll be fine.

It’s unclear whether the video uploading capability will be available through the web interface.

According to a help document, you can only share videos on Instagram that you record from the app, which is a shame. Another downer: you also can’t tag people in your Instagram videos. And no, you can’t embed Instagram videos in web pages either.

Luckily, they don’t inject advertising into your moving pictures – yet.

The service is currently seeing an average of one billion likes each day.