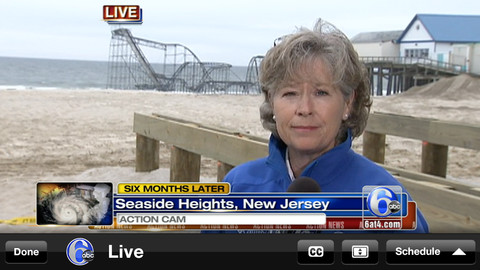 After major networks such as Time Warner and CBS (and even Blockbuster) in recent weeks enabled live streaming in their respective iOS apps, Disney-owned television network ABC has followed suit. I recently called the development a potentially disruptive move on Disney’s part and Cody likened it yesterday to a mini-revolution of sorts. Call it what you will, but it’s here. Disney basically took its existing ABC Player iOS software and re-branded it under the more suggestive Watch ABC moniker.

The big news is a new Live button that gives you access to ABC’s live television programming in select local markets. You can also stream full episodes of the previously aired shows. Not that live TV functionality requires a subscription with an eligible TV provider. Unfortunately, the Watch ABC app doesn’t have DVR functionality. Additional tidbits right below…

At launch, eligible cable providers include Comcast, Cablevision, Cox, AT&T U-verse, Charter and Midcontinent, with more likely to be added at a later stage. You can enjoy live TV starting July 1, 2013 by verifying your eligible TV provider account “for continued access.”

Live streaming is initially available only to customers in the Philadelphia and New York City regions, but Disney is working on adding more markets this summer, including Los Angeles, Chicago, San Francisco, Houston, Raleigh-Durham and Fresno.

All told, thirteen new markets should make the cut before 2013 wraps up. 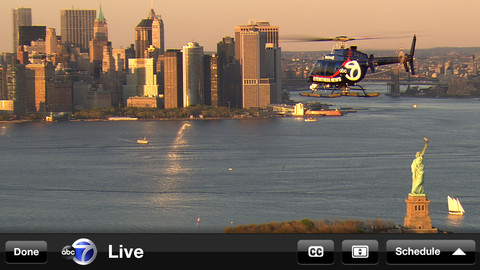 If you’re a paying cable subscriber, the app basically lets you, say, start watching Good Morning America while still in bed and then continue watching the show on your iPhone while commuting to work, all without missing a beat. It should be noted that you can also receive the broadcast for free with an antenna since it goes out over public airwaves.

Interestingly enough, Disney isn’t limiting itself to Apple: live TV streaming will soon be available online, through the ABC.com web site and on Kindle Fire devices. 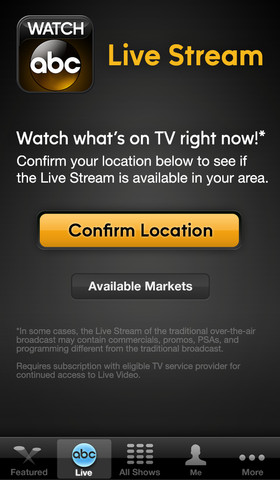 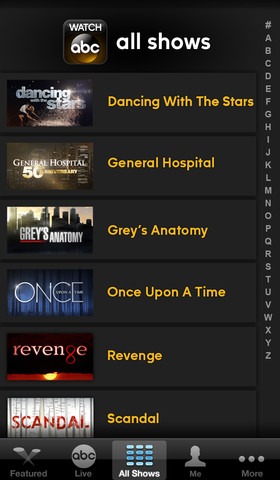 iTunes release notes also state that due to licensing restrictions, users of the Watch ABC app must be within each station’s local viewing area.

Disney laboriously secured the necessary rights to stream not just its own shows, but also all of its stations’ local newscasts, syndicated talk shows like Katie and national series like Grey’s Anatomy.

The universal app can be downloaded free from the App Store.