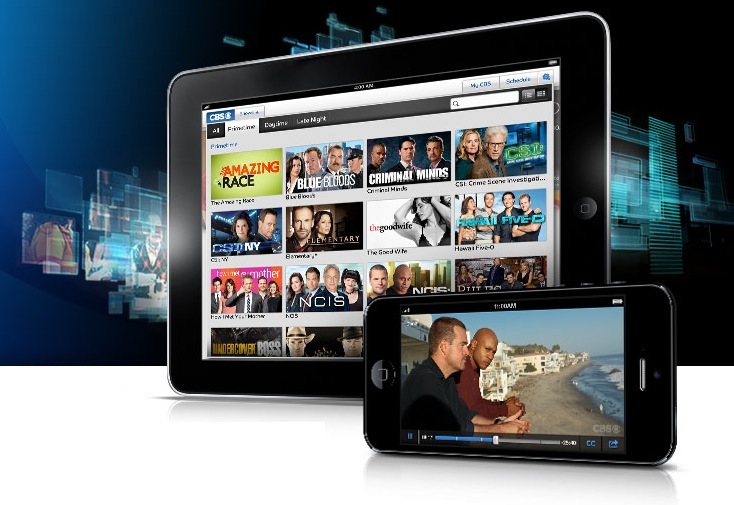 Eager to watch episodes of CSI or Survivor on your iPhone, iPod or iPad? Now you can, as CBC this morning released a major new streaming software which gives Apple’s iOS devices free access to the network’s popular shows like The Late Show with David Letterman, CSI: Crime Scene Investigation, Survivor, Catch NCIS, How I Met Your Mother, The Young and the Restless and Elementary. Some of the shows will stream via the app 24 hours after they air, but most of the shows are being offered eight days following their initial broadcast…

Hopefully they’ll stream Big Brother this summer through the app as well. It works as advertised, but our international readers should note the CBS software is currently a U.S.-only affair due to licensing restrictions (unless you’re using VPN services like HideMyAss that change your IP).

I like the My CBS feature which alerts one when episodes of one’s favorite shows become available for streaming through the app. There’s also an electronic programming guide so you can check out what’s coming up on CBS and set reminders for single episodes or special events.

The Live Social Feeds feature, as the name suggests, presents you with live feeds curated for each show, with the ability to discuss the episodes with fellow viewers. All shows are streamed in high-definition and the app also includes handy cast pages that will appeal to movie buffs, as well as nice photo galleries. 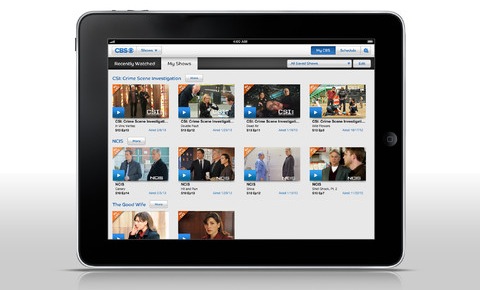 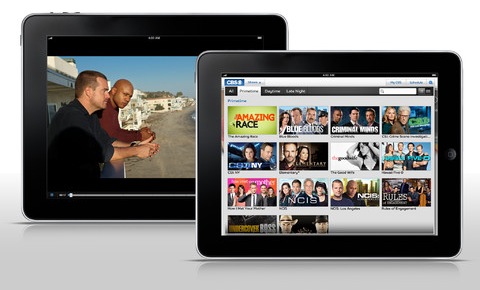 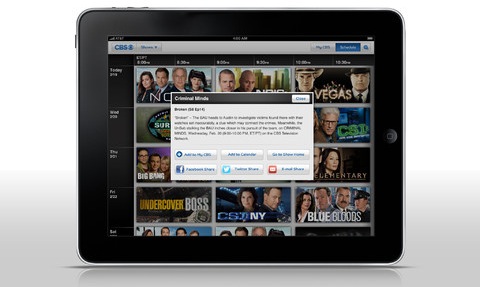 The official CBS streaming app is a free download and provided as a universal binary so it supports your iPhones, iPads and iPods natively. The program is available on the iOS platform initially, but CBS plans to launch it on “all major mobile and tablet platforms” later this year, including Android and Windows 8.

The broadcaster also has another iOS streaming app that gives you access to content from the TV.com web site it acquired along with its purchase of Cnet in 2008. Note that free download isn’t yet optimized for the iPhone 5, does not support AirPlay streaming to your Apple TV and crashes a lot on my iPhone 5.

iTunes reviewers are also complaining about streaming issues and being forced to watch a commercial even though the TV.com app has a skip feature.

Back in January 2013, CBS let out of the gate CBS Connect, its second-screen iPad software that aims to deliver interactive updates and exclusive content to your tablet as you’re watching the show, along with the obligatory social integration.

The CBS app will notably “borrow” that CBS Connect second-screen experience so expect integrated live events and social feeds to start appearing inside the new CBS app at the start of the fall TV season.

I must admit, today’s release marks an unusually generous content offering for a major broadcaster like CBS. The network is obviously exploring additional revenue streams and we’re not complaining.

Some of CBS’s love for Apple comes from its CEO who back in August 2012 said his company was basically open to an Apple TV content deal.

Indeed, a CBS Apple TV app would be nice, no?