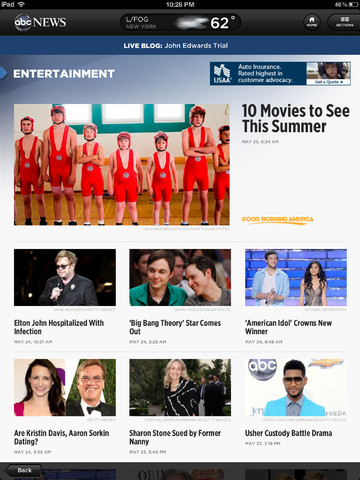 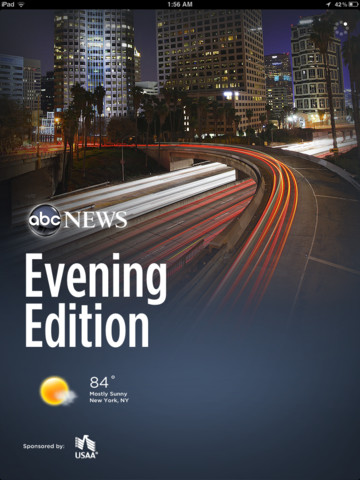 After CBS last week unveiled its free iOS app that gives you access to the network’s popular shows 24 hours or more after they air, we learn now that ABC is working on its own app for tablets and smartphones, one potentially making ABC the first of the American broadcasters to provide a live Internet stream of national and local programming, potentially very disruptive given the incumbent’s existing business models. Of course, you won’t get to stream premium ABC programming free of charge as a paid cable or satellite subscription will be required to use the app.

Nevertheless, the ability to watch such ABC shows as ‘Good Morning America’ and ‘Nashville’ on your iPhone or iPad as they broadcast could finally blur the artificial line between mobile devices and the traditional venues through which content providers distribute their linear programming…

According to Brian Stelter of The New York Times, the app threatening to render Hulu passé could become available to some subscribers this year, per people briefed on the project:

The subscriber-only arrangement, sometimes called TV Everywhere in industry circles, preserves the cable business model that is crucial to the bottom lines of broadcasters, while giving subscribers more of what they seem to want – mobile access to TV shows. The arrangement could extend the reach of ads that appear on ABC as well.

Even though ABC’s parent company Disney already does limited streaming to apps, ABC is facing hurdles as its content deals with the show producers had been established long before mobile streaming on mobile devices was mainstreamed.

Moreover, ABC’s local stations might feel threatened by an app. Nevertheless, the report states that ABC “is pressing forward” with live streaming plans which are “inching closer to fruition.”

It has started to talk with stations about how to include them in the live streaming app. Illustrating the difficult contractual issues, ABC offhandedly first mentioned a forthcoming Watch ABC app in a news release nine months ago, when it signed a deal with Comcast to make several Watch Disney apps available to Comcast subscribers.

This is interesting on many levels because ABC is owned by Disney, where Apple co-founder Steve Jobs used to have a seat on the board and was the largest individual shareholder after selling his Pixar animation studio to the Mickey Mouse house. 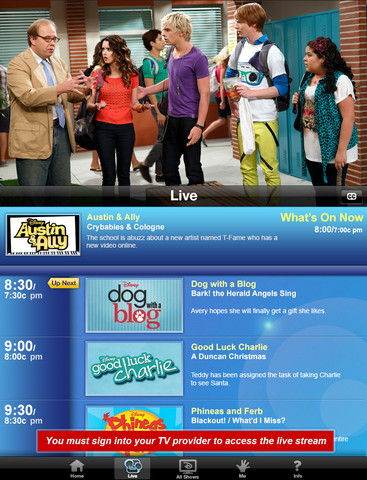 Disney also was the first broadcaster to sell television episodes through Apple’s iTunes store and the first to stream free episodes on its web site. Little wonder that other media execs privately talk of ABC’s upcoming app “with a mixture of awe and fear” because no other broadcaster is reportedly believed to be as far along as ABC.

Another thing to consider: Disney’s ABC live-streaming app would compete with Hulu, which is collectively owned by Disney, Comcast and News Corporation (Comcast is a silent partner) and monetized through advertising.

Comcast and News Corporation are reportedly debating what to do with Hulu as the six-year-old web site “has lost most of its original executive backers at NBC and Fox and will soon lose its founding chief executive, Jason Kilar.”

Matter of fact, rumor has it that Hulu could end up being bought out by either News Corporation or – you guessed right – Disney.

Apple would be foolish not to exploit an opportunity that is now presenting itself. At any rate, it should be interesting seeing whether Apple will partner with Disney on the official ABC live streaming app for the Apple TV, which badly needs more content sources to expand on its entertainment library.

Live-streaming Apple TV apps from the likes of ABC and CBS could go a long way toward finally delivering that premium live content to my living room. These are the kinds of streaming apps I’m looking forward to on my $99 hockey puck.

Apple’s set-top box, which sold five million units last year and is still regarded as a hobby project, can stream content from paid and free sources, including YouTube, Netflix, Hulu, The Wall Street Journal and more.

Former Apple exec Jean-Louis Gassée opined in November 2011 that Apple should just enable content owners to provide their television programming to Apple TV owners through custom apps rather than try to talk these people into distributing live content through iTunes.

Image top of post: ABC News app for iPad, released in July of 2010.