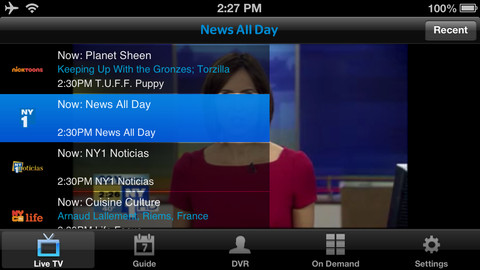 Time Warner Cable, a major U.S. cable telecommunications company, confirmed to Bloomberg that it will be adding out-of-home live television streaming to the iPhone, iPad and iPod devices via its free TWC TV software, which will gain new features via an update tomorrow. In addition to on-demand television shows and movies available from 26 networks, the refreshed TWC TV app will also make ten live television networks available for out-of-home viewing on iOS devices. Go past the fold for the full breakdown…

Channels available on demand will include MTV and Comedy Central and viewers will also be able to enjoy shows from a select few local channels such as NY1 for New Yorkers. 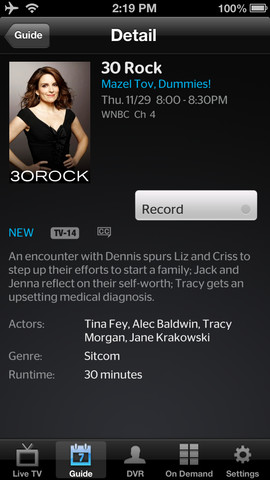 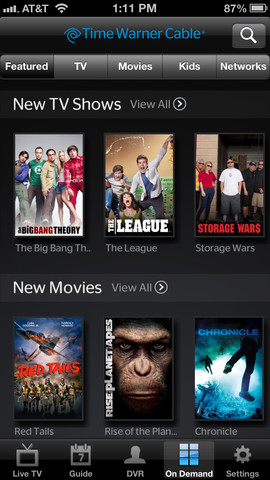 Not all content that’s part of TWC TV will be available on mobile devices.

Time Warner will be revamping its web interface in May, while its Android app will gain live mobile content via an update scheduled for the second quarter of this year.

From what we’ve heard, streaming over 3G / 4G will be limited to Verizon Wireless until Q4, but all users will be able to access the video streams over WiFi.

Time Warner already faced several legal challenges to the initial app, if the new features arrive tomorrow we’ll see whether Viacom and other content providers head back to the courts for round two, or if any complaints have been negotiated away already.

Time Warner SVP Mike Angus made point of the fact that “we were the first provider to bring live television to the iPad in the home.”

Back in March, Reuters quoted another company executive as saying that Time Warner-owned HBO was considering offering online subscriptions to cable-cutters, which would be a welcomed news for the people who are not subscribed to HBO through a cable TV service or the types like myself who don’t own a TV.

Specifically, Time Warner is said to be teaming up with broadband Internet providers to stream HBO shows straight to mobile screens, by way of packaging an online HBO subscription with a monthly Internet service.