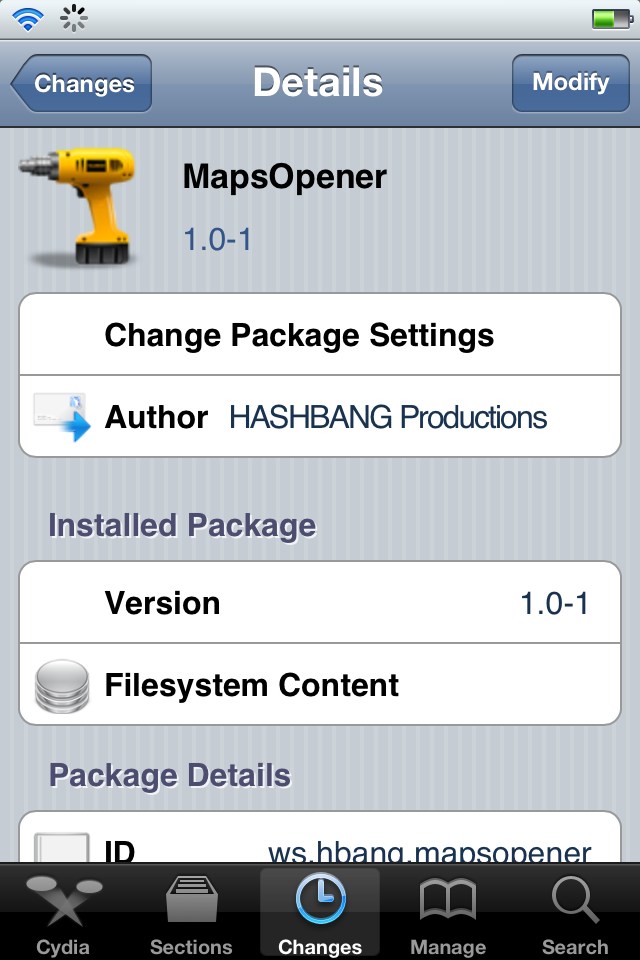 Google Maps is back on iOS, but there’s just one problem — Apple’s stock maps app still remains default, so all of your maps links will open in Apple’s version instead of Google’s.

Thankfully, we knew it was only a matter of time before a jailbreak solution appeared to skirt around this issue. That solution is called MapsOpener — a brand new jailbreak tweak that forces maps links to open up in Google Maps…

Once installed, MapsOpener will open any maps link from a browser in Google Maps instead of the stock Apple Maps app. It even works with links to directions, planning out a route upon opening the link.

One thing I noticed that can be improved, is the handling of address links contained within the Contacts app. Whereas the stock Apple Maps app handles those as you might expect, the Google Maps app doesn’t provide the location of an address opened via the Contacts app.

Despite that one small discrepancy, MapsOpener is a great way for jailbroken iOS users to use Google Maps more effectively. Until Apple allows us to select our own default apps for certain actions, then jailbreak tweaks like this one are our only options.

If you’d like to give MapsOpener a try, then head over to Cydia’s BigBoss repo where it can be had for free. Be sure to let me know what you think about it in the comment section that follows.