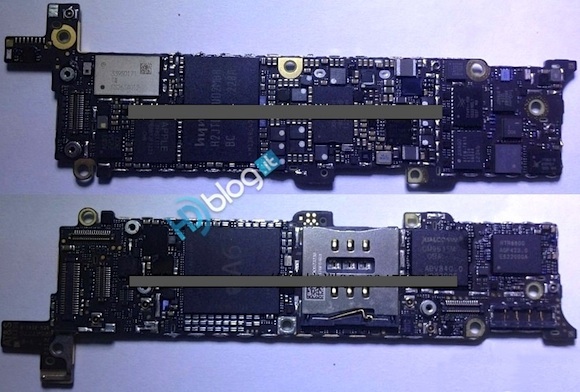 We’re less than three hours away from Apple’s big presser and, conveniently, a new high-quality photo surfaced alleging to represent the iPhone 5 logic board. From what can be gleaned, the board clearly shows an Apple-designed chip labeled “A6”, in addition to other chips that indicate LTE world-phone functionality, also proving that Apple could indeed be reducing its dependency on fellow smartphone maker and frenemy Samsung, which supplies Cupertino with more than one-third of components that go inside the current-generation iPhone…

This new image of the iPhone 5 logic board was published by Italian blog HDblog and reposted by our friends over at MacRumors.

In addition to the big A6 chip, the board also shows Qualcomm’s MDM9615M modem chip (likely fabbed on a 28-nanometer process) that should provide world-phone LTE compatibility for the next iPhone. The MDM9615M unit is smaller than the model sitting in the new iPad.

The finding is in line with a recent Wall Street Journal story claiming that the iPhone 5 will be compatible with LTE cellular networks in the United States, Europe and Asia, “though it is unlikely to be available on every carrier”, according to the obligatory people familiar with the matter said. 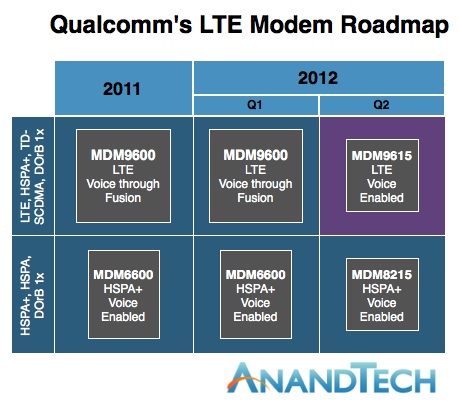 There was some concern earlier in the summer that the iPhone 5 won’t have LTE due to manufacturing difficulties with the Qualcomm chip, but these had apparently been resolved.

Another chip seen on the photo: flash memory provided by Hynix.

If true, then Apple just dealt its frenemy Samsung another blow because iPhones predominantly used Samsung’s flash memory chips, in addition to Toshiba and Hynix. On the other hand, this logic board could be one of the several SKUs in existence.

Also important, Apple gadgets as of late uses displays, memory chips and other components from multiple   suppliers as Cupertino is thought to have reduced parts orders for the iPhone 5 from Samsung.

The sometimes reliable DigiTimes back in May reported that Apple secured half the manufacturing output from Elpida, the third-largest (and bankrupt) maker of dynamic random access memory chips. Samsung, which recently launched next-gen 4Gb mobile DRAM silicon, re-iterated in a statement to The Korea Times that it remains a supplier of memory chips for the iPhone, iPod touch and iPad:

Apple is definitely using the chips.

French blog NowhereElse on August 30 was first to leak an alleged iPhone 5 logic board that had a big chip on it labeled “A6”.

Per supply chain sources, the silicon is thought to employ four CPU cores and allegedly is based on Samsung’s Exynos 4 quad-core processor.

The third-generation iPad has the A5X chip that has two CPU cores and four GPUs versus Samsung’s Exynos 4 chip which qualifies as a quad-core processor because it runs four CPU cores. The Exynos 4 unit is used in Samsung’s flagship Galaxy S III smartphone.

A fifth-generation iPod touch, also expected to be unveiled at a media event later today, is said to incorporate a more powerful A5 processor, allegedly an ARM-based S5L8942X rather than an S5L8950X.

What do you think, will the iPhone 5 run a souped up A5 chip or a brand new quad-core A6 package?