With Apple’s next-generation iPhone a no show at San Francisco’s WWDC conference, a new report from Apple’s supply chain in Asia has emerged, claiming that silicon providers left and right are lining up to supply the California-based company with various chips for the next iPhone…

A piece out this morning from DigiTimes, a hit-and-miss Taiwanese trade publication, has it that suppliers are readying stocks of chips for the iPhone 5:

Chip vendors including Qualcomm, Broadcom, STMicroelectronics, NXP, Texas Instruments and OmniVision reportedly have started stocking their solutions used for Apple’s next-generation iPhone slated to hit the market in the second half of 2012, according to industry sources.

Qualcomm and Broadcom are said to be supplying 4G and WiFi chips for the next iPhone, respectively.

It was rumored that Apple had originally aimed to launch the iPhone 5 at WWDC, but delayed the launch until October amid supply issues with Qualcomm’s MDM9615 chip, which supports both voice and data connections on high-speed 4G networks.

Conversely, it’s now pretty much a foregone conclusion that 4G LTE will be one of the headline features of Apple’s next iPhone. 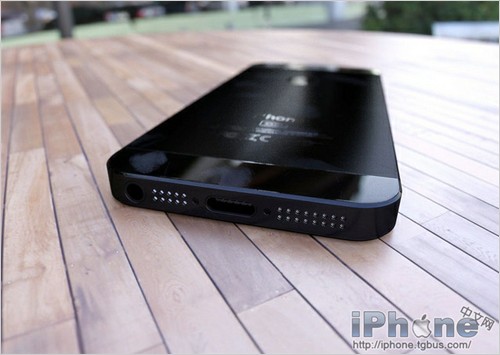 An artist’s rendition of the next iPhone, based on alleged front and back panels.

Taiwan Semiconductor Manufacturing Company is said to be producing Qualcomm and Broadcom chips on its 28nm process. The sources also indicated that camera sensor maker OmniVision is “seeking capacity at TSMC’s 12-inch fab, resulting a tight production capacity for the foundry’s 28nm process”.

The next iPhone is said to feature the first-ever slimmed rear camera of all iPhones, one analyst thinks. Its design is the biggest unknown, though leaked parts whose authenticity couldn’t be confirmed suggest a rehash of the iPhone 4/4S with metal backplate, at least four-inch screen and Unibody construction.

Code strings in iOS 6 Beta indicate that the device will run an ARM-based S5L8950X CPU with 1GB of RAM, probably made in Samsung’s Austin plant that produces other A-series chips for Apple.

The S5L8950X unit is likely a low-power dual core processor similar to the new iPad 2. Code hooks also point to an unknown variant of the SGX543 GPU unit from Imagination Technologies.

Are you excited about the next iPhone yet?