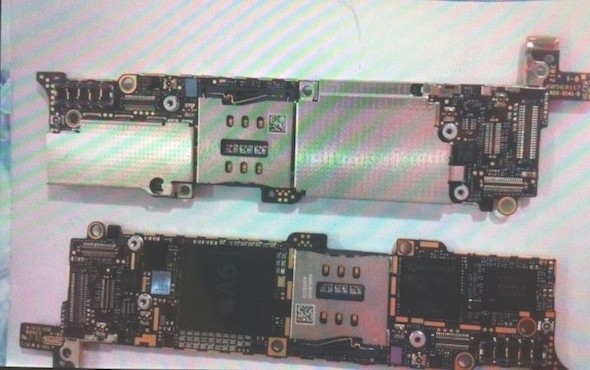 Over the past few months, we’ve seen just about enough next-gen iPhone parts to… build a next-gen iPhone. We’ve seen fronts and backs, and batteries, and charging ports — pretty much everything except the processor. Until today.

A new image has surfaced this morning of what is said to be the logic board of Apple’s sixth-generation handset. And, if legitimate, it confirms that the smartphone will house the long-rumored quad-core A6 processor…

The above photo was posted by Sonny Dickinson (via 9to5Mac), who has been responsible for several part leaks as of late. We’ve seen next-gen iPhone logic boards in the past, but never with the processor uncovered enough to see the model.

Whether Apple was going to use the A5X processor from its new iPad, or an all-new quad-core A6, in its new smartphone has been a mystery up to this point. Over the past three years, it’s introduced new processors in its iPad first, and then used them in iPhones. If this year’s handset gets the A6, it’ll definitely be breaking its pattern.

That being said, the part looks legitimate, and reminds us of the A5X logic board that surfaced just ahead of the third generation iPad launch earlier this year. That one ended up being the real deal, so it’s entirely possible that this one is too.

In addition to the logic board, several other photos of next-gen iPhone parts courtesy of our friends at Nowhereelse.fr. Most of these we’ve already seen, but are much clearer than previous images. First up is a front panel compared to a 4S. 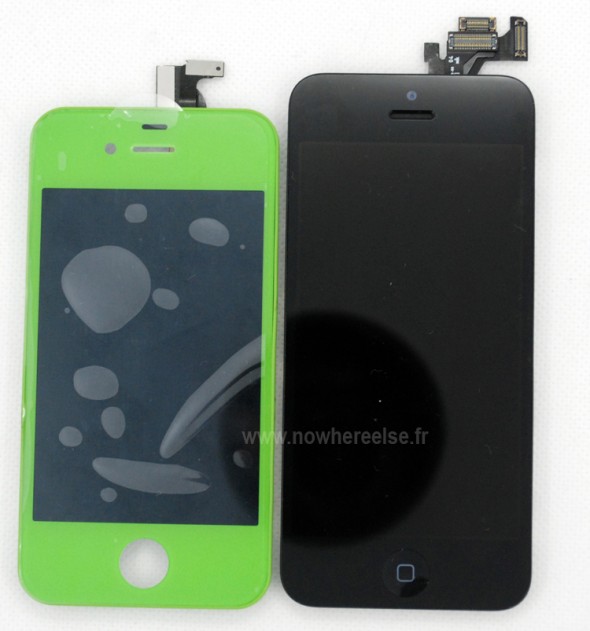 And now here’s one of the inside of the front panel. You’ll notice the mystery chip is still there at the top of the handset, which was once believed to be an NFC sensor. But we’ve since been told that it’s likely a relocated earpiece speaker. 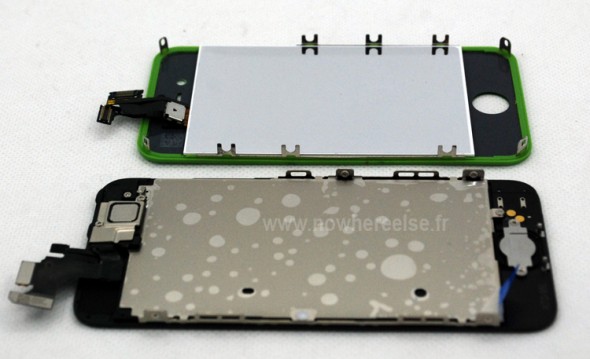 While the iPhone 5’s appearance doesn’t seem to be much of a mystery anymore, its exact specifications are. The handset is believed to be housing an 1136 x 640 4-inch display, LTE technology, and, if the above photo is accurate, an A6 processor.

Apple is expected to unveil its new handset at a media event on September 12th. And if the schedule holds true, the new iPhone will become available for pre-order that evening, and start popping up in stores the following friday.