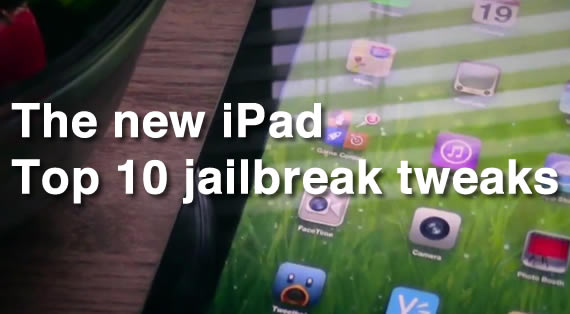 So you finally got around to jailbreaking your new iPad, and you’re wondering which apps and tweaks are the best? Don’t worry, iDB has you covered. We’ve taken the time to test out some of the best tweaks available for the new iPad to ensure that they perform as expected on the latest 5.1.1 firmware.

While many of the items shown here work great on the iPhone, the list was compiled strictly with the new iPad in mind. For that reason, just because you see an item on the list doesn’t necessarily mean it’ll play 100% nice with an iPhone or iPod touch. 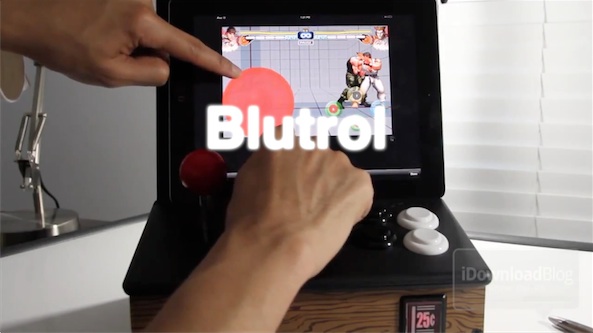 Blutrol is a niche jailbreak app, but if you happen to fall into that niche, then oh how sweet it is. This is a tweak that allows you to map iCade joysticks to games that don’t necessarily support the iCade. An absolute must have tweak for iCade owners.
Price: $9.99
Repo: BigBoss
Additional Coverage: Blutrol Jailbreak Tweak Makes iCade Infinitely More Useful 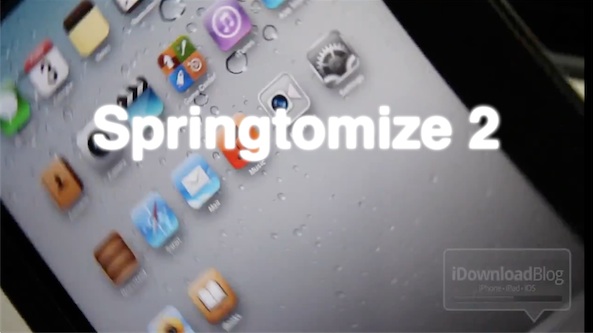 From the same developer as PasswordPilot, Springtomize 2 is the ultimate iOS customization tool. If you’ve ever had an urge to customize a certain aspect of your device, then chances are Springtomize can do the deed. I consider this tweak to be an absolute staple, because it just does so much. Springtomize 2 takes the place of about 50+ different individual tweaks and rolls them all into one huge package.
Price: $2.99
Repo: BigBoss
Additional Coverage: ‘Springtomize 2′ Updated with Native iPad Support 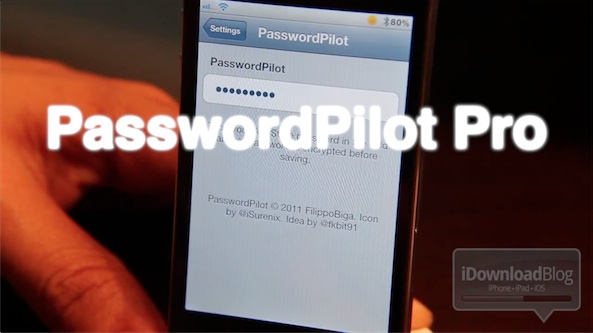 PasswordPilot is an amazing tweak that allows you to store your App Store password so that you don’t have to reenter it when making purchases or upgrades. If you’re someone who’s often trying new apps from the App Store, then you know how annoying it can be to have to continuously enter your password. The Pro version of PasswordPilot goes the extra mile; it has compatibility with Find My Friends, can be set to only work with app upgrades, and even has the ability to store multiple users. This is one of the tweaks that I miss most when I don’t have the luxury of having a jailbroken device.
Price: $1.99
Repo: BigBoss
Additional Coverage: PasswordPilot Auto-Enters Your App Store Password 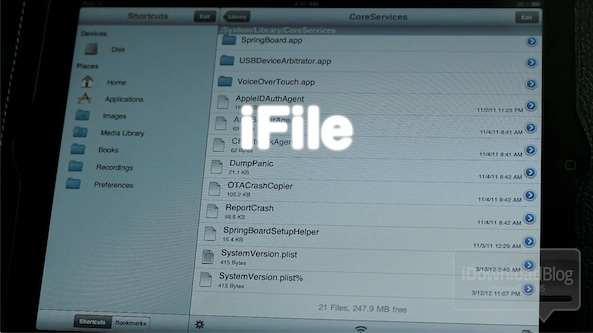 iOS doesn’t come with a Finder like OS X does on the Mac, but iFile is the next best thing. This tool lets you manage files within the device’s native file structure. It can do everything from file renaming, compressing, uncompressing, installing, copy, paste; you name it, it does it. iFile even features an enhanced interface for the iPad to take advantage of the additional screen size. I consider this to be another jailbreak staple.
Price: BigBoss
Repo: Free Trial/$3.99
Additional Coverage: Why Every Jailbreak Power User Needs iFile 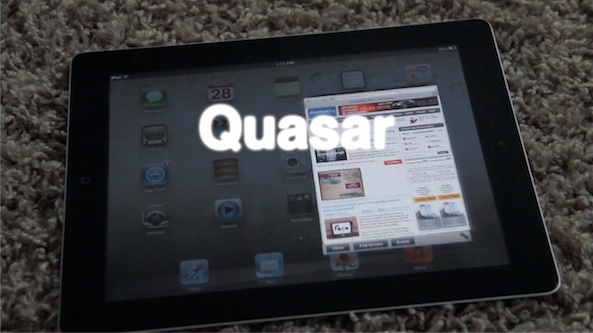 Sure you can multitask on the iPad, but can you run multiple windows at the same time side-by-side? If you have Quasar installed, you can. Quasar is a relatively new tweak that allows you to manage multiple windows on screen at once. It’s pretty amazing to see in person, but its practicality is a bit questionable. Quasar was recently updated with Retina display support for the new iPad, and continues to receive regular updates to make the experience even better. This is one of those tweaks that sounds great on paper, but it’s not something you will necessarily use each day. Still, its coolness alone makes it a must try for those who own jailbroken iPads.
Price: BigBoss
Repo: $9.99
Additional Coverage: New iPad jailbreak tweak ‘Quasar’ allows for true iPad window based multitasking 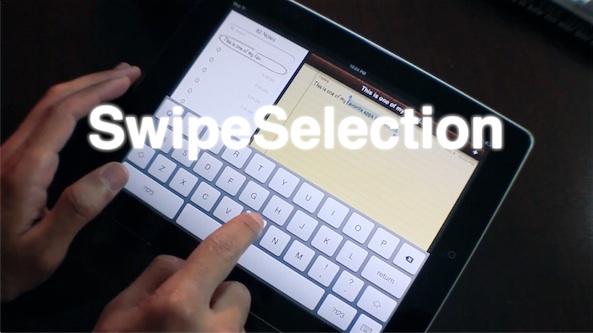 Editing text on iOS can be a royal pain in the butt, but SwipeSelection alleviates most of that pain with intuitive cursor controls and editing functions. The iPad has always been great for writing text, but not so great for editing. That’s no longer the case thanks to the helpful multitouch editing that SwipeSelection brings to the fore.
Price: Free
Repo: BigBoss
Additional Coverage: iPad text editing concept comes to life thanks to this jailbreak tweak 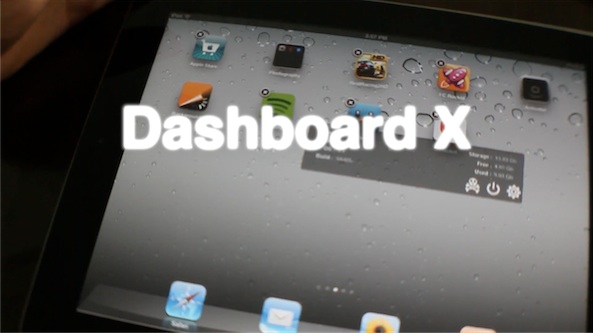 This tweak is still early in its developmental life, but it’s showing great promise, especially on the iPad’s large screen. Dashboard X allows you to take Notification Center widgets, and widgets exclusively created for Dashboard X, and display them anywhere on your Home screen. Dashboard X was made with the iPad in mind, and with a few additional dedicated widgets, it could challenge IntelliScreen X as one of the most compelling reasons to jailbreak the iPad.
Price: $1.99
Repo: ModMyi
Additional Coverage: This new tweak gives you a dedicated page for widgets 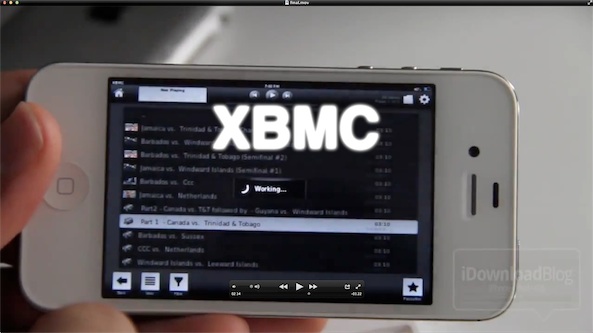 No media player on iOS has as much potential as XBMC. If you’ve used XBMC for any length of time on any other platform, then you know exactly what to expect with XBMC on the iPad. There’s so much potential here, that it’s beyond the scope of this article to go in depth about it. Be  sure to check out our other XBMC posts to get an idea of what I’m talking about.
Price: Free
Repo: http://mirrors.xbmc.org/apt/ios/
Additional Coverage: How to Install XBMC on iPhone, iPad, or iPod Touch 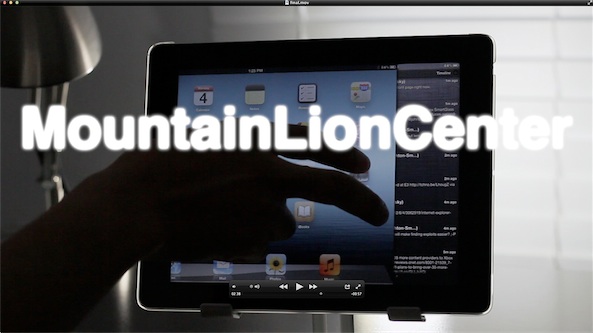 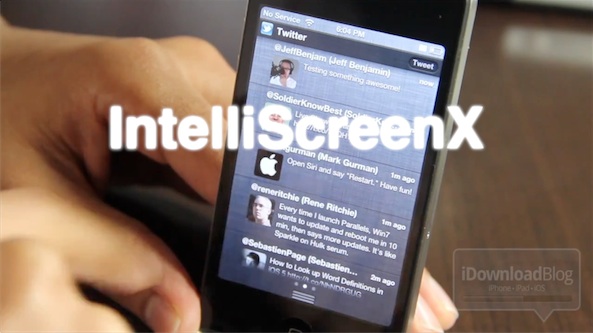 IntelliScreenX is one of the best jailbreak tweaks of all time, and for good reason. It lets you easily access your Twitter timeline, Email, Facebook, and RSS feeds directly from iOS 5’s Notification Center. On the iPhone this is nice, but on the iPad, it’s an even greater luxury, because it makes Notification Center actually worth using. If there’s absolutely one tweak that you must install on your iPad, I’d say it’s definitely IntelliScreenX. Don’t look at it as a replacement for dedicated apps for Email, Facebook, and Twitter; look at it as an awesome supplement. It also goes very well together with MountainLionCenter.
Price: $9.99
Repo: BigBoss
Additional Coverage: IntelliScreenX: The Way Notification Center Should Be

So, what do you think about our top 10 list? Do you agree, or do you feel we should have omitted or included a particular app or tweak? Feel free to share your thoughts in the comments below. We’re anxious to hear your feedback!