Just a few months ago, we showed you a TrollStore add-on called TrollTools by iOS developer sourcelocation that could customize parameters of jailbroken or non-jailbroken devices such as themes, custom passcode buttons, and other fun stuff that could make passerby interested. 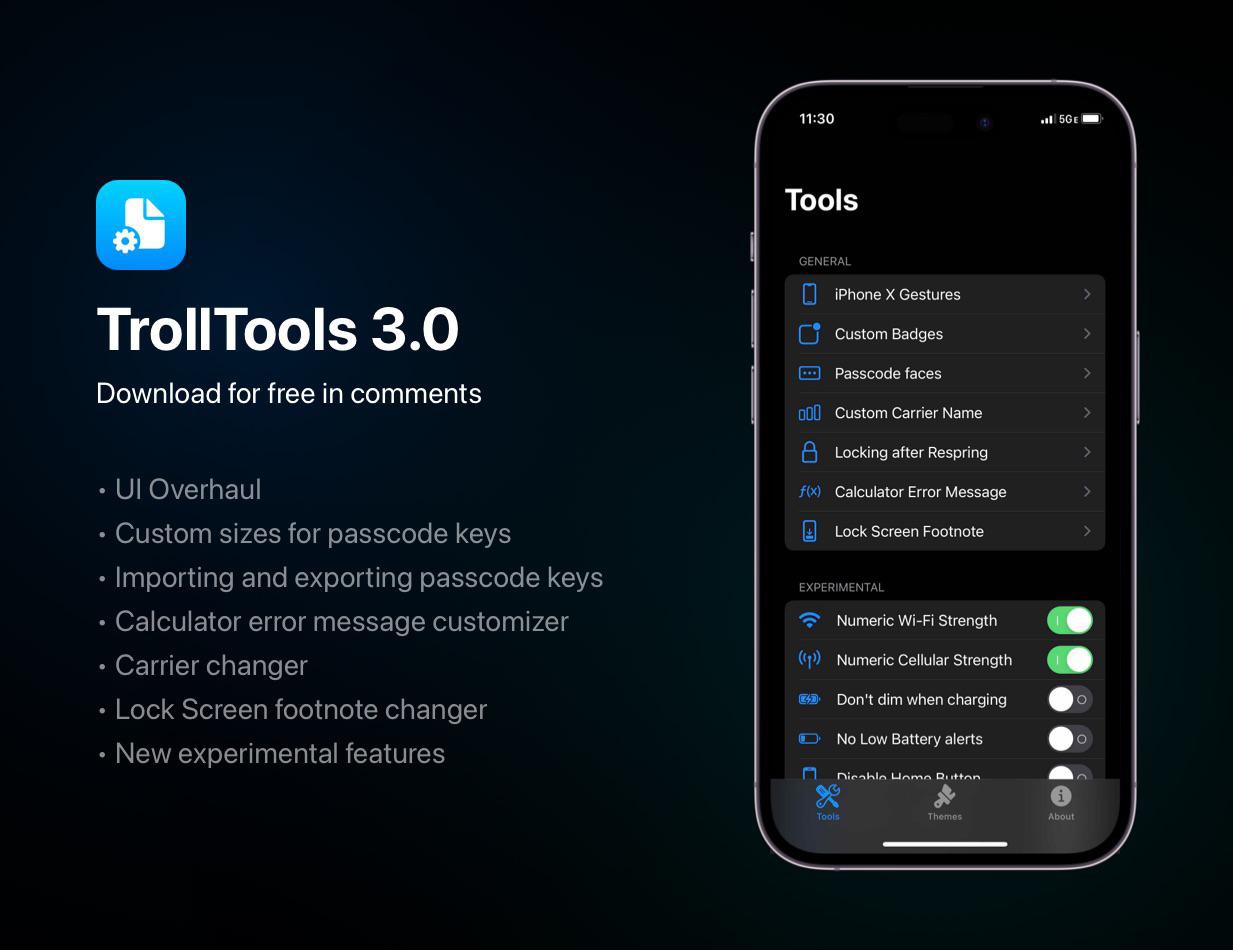 This week, TrollTools has been updated to version 3.0 with the bevy of improvements, including the following:

While TrollTools was originally made by sourcelocation, iOS developer LeminLimez noted in a /r/jailbreak post that they had done most of the work in creating the version 3.0 update due to sourcelocation being busy with other projects such as AirTroller and Evyrest.

It’s worth noting that version 3.0 of TrollTools is likely to be the last major update to the project, as it has reached maturity.

Whether you’re an existing TrollTools user or not, version 3.0 should pique your interest. The vast number of configurations available in the app don’t require a jailbreak and can make your handset stand out from the crowd.

TrollTools supports all devices that can run TrollStore, namely those running iOS or iPadOS 14.0-15.4.1 (and some 15.5 betas). TrollStore is a perma-signing utility that can load .ipa files onto an iPhone or iPad with no signing limitation due to a CoreTrust bug.

You can acquire TrollTools and learn more about it from the project’s GitHub page.