A new comment posted Wednesday morning in the Sileo & Odyssey Team Discord channel by Odyssey Team lead developer CoolStar entertained the idea of initially releasing a limited version of the Cheyote jailbreak for iOS & iPadOS 15.0-15.1.1 ahead of the final version. 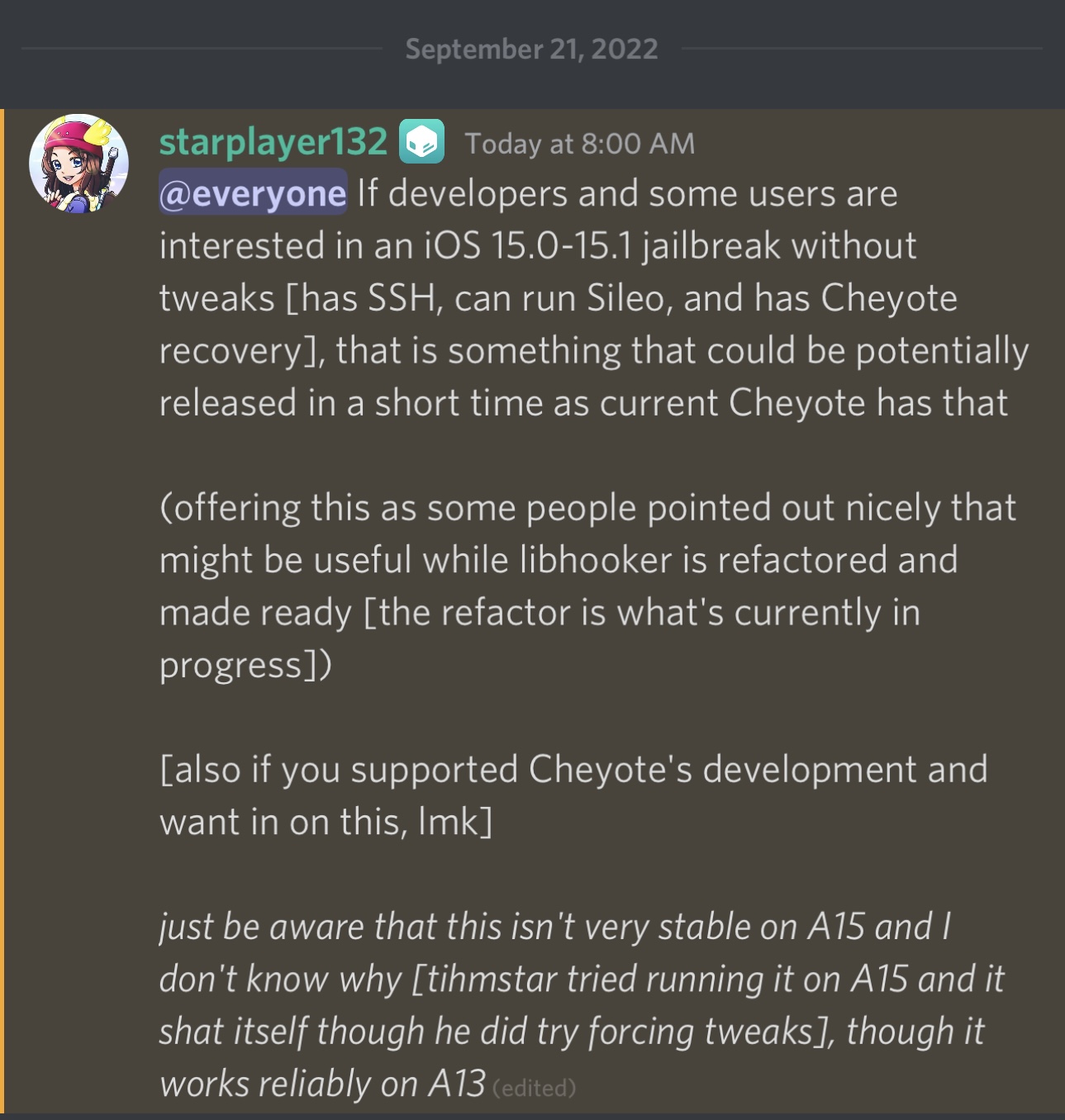 CoolStar’s post gave us an idea of what a limited version of Cheyote might look like, and from what we can gather, it would include things such as SSH functionality, the ability to browse Sileo, and support for the jailbreak’s proprietary Cheyote recovery features.

Noticeably missing from this ‘limited’ initial release would be support for jailbreak tweaks, which isn’t surprising given that this is the primary roadblock preventing Cheyote from being completely ready to the general public. That’s because libhooker and jailbreak tweaks need to be updated to support iOS & iPadOS 15, as well as the rootless dynamic.

According to CoolStar, many waiting for the Cheyote jailbreak have suggested that this dual-pronged release could be beneficial. The limited release could be made available as long as it takes for libhooker to be refactored and for jailbreak tweak development to catch up with iOS & iPadOS 15.

While CoolStar did say that a ‘limited’ initial jailbreak release would be possible, and moreover that it could be released much sooner than a full jailbreak, A15-equipped handsets including the iPhone 13 lineup appear to be somewhat buggy at the moment.

While it remains to be seen whether CoolStar will move forward with the ‘limited’ release ahead of a full release, the good news is that it might give developers a chance to go hands-on with an iOS & iPadOS 15 jailbreak ahead of the game. This could benefit jailbreakers as a whole in the long run.

What would you like to see CoolStar do?  Let us know your thoughts in the comments section down below.