You can call Siri on your Apple Watch using four different ways and get it to do things for you. However, if you think Siri isn’t useful or are tired of the voice assistant triggering accidentally and unnecessarily, disabling it takes just a few taps.

Here’s how to switch off Siri on Apple Watch running any recent version of watchOS, including watchOS 8 and watchOS 9. 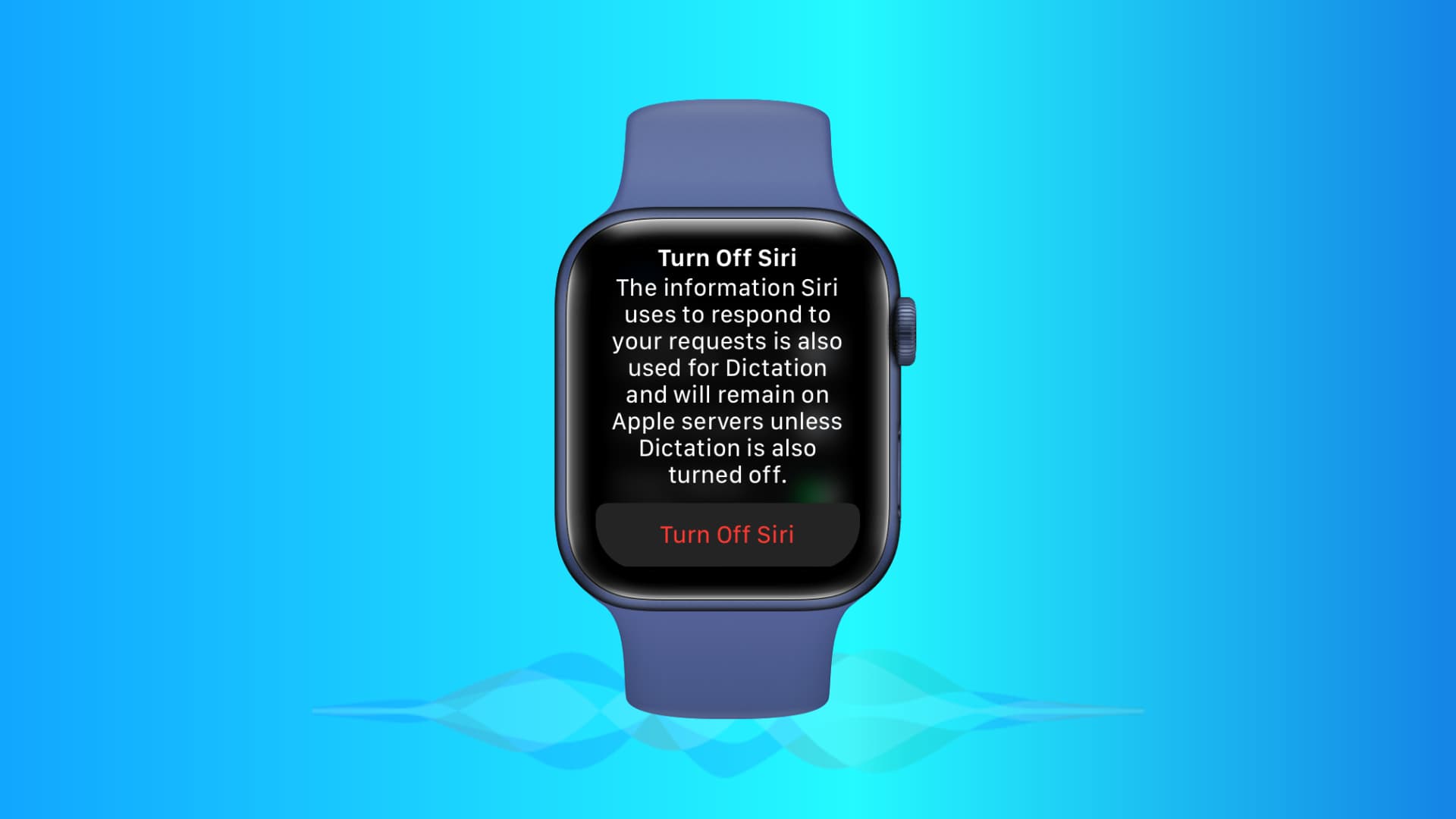 Reasons to turn off Siri on Apple Watch

Since you’re on this page, I’m sure you have your reasons. But here are a few that I think you might want to go through quickly.

1) During workouts, especially push-ups, the Digital Crown is pressed by the top of the hand, which unnecessarily invokes Siri. This can also happen while holding the support rod/handle on the bus, train, etc.

2) When you’re talking with people and raise your Apple Watch to see the time, Siri may activate and listen to your words even if you never said “Hey Siri”. This is because of the Raise to Speak feature that triggers it automatically.

3) You always have your iPhone nearby. Or you work from home and have your Mac, iPad, or HomePod around and thus don’t care about using Siri on the tiny Apple Watch screen.

4) Due to disability or personal preference, you use Type to Siri on your iPhone and Mac. But since Type to Siri isn’t available on Apple Watch, you think it’s better to turn off the voice assistant feature altogether on your wrist.

5) You have privacy concerns. So, you don’t want this tiny computer always listening to you (the microphone on your Apple Watch and other “Hey Siri” enabled devices are constantly listening for the “Hey Siri” hot word).

Read: How to opt-out of Siri grading and delete your audio history from Apple’s servers

How to disable Siri on Apple Watch

You can switch off your Apple Watch’s Siri directly from the device settings or the Watch app on your iPhone. We will show you both. Use any as per your convenience.

Here’s how to turn off Siri on your Apple Watch:

Doing so will disable Siri entirely on your Apple Watch. However, if you wish to turn off only one or a particular way of invoking Siri, toggle off that switch and leave the rest enabled. For example, if you don’t want to trigger Siri by pressing the Digital Crown, turn off Press Digital Crown and leave the other two methods enabled.

Tip: If you don’t like Siri’s audio responses, tap Voice Feedback and select Headphones Only.

Follow these steps to disable Siri on your Apple Watch using your iPhone: 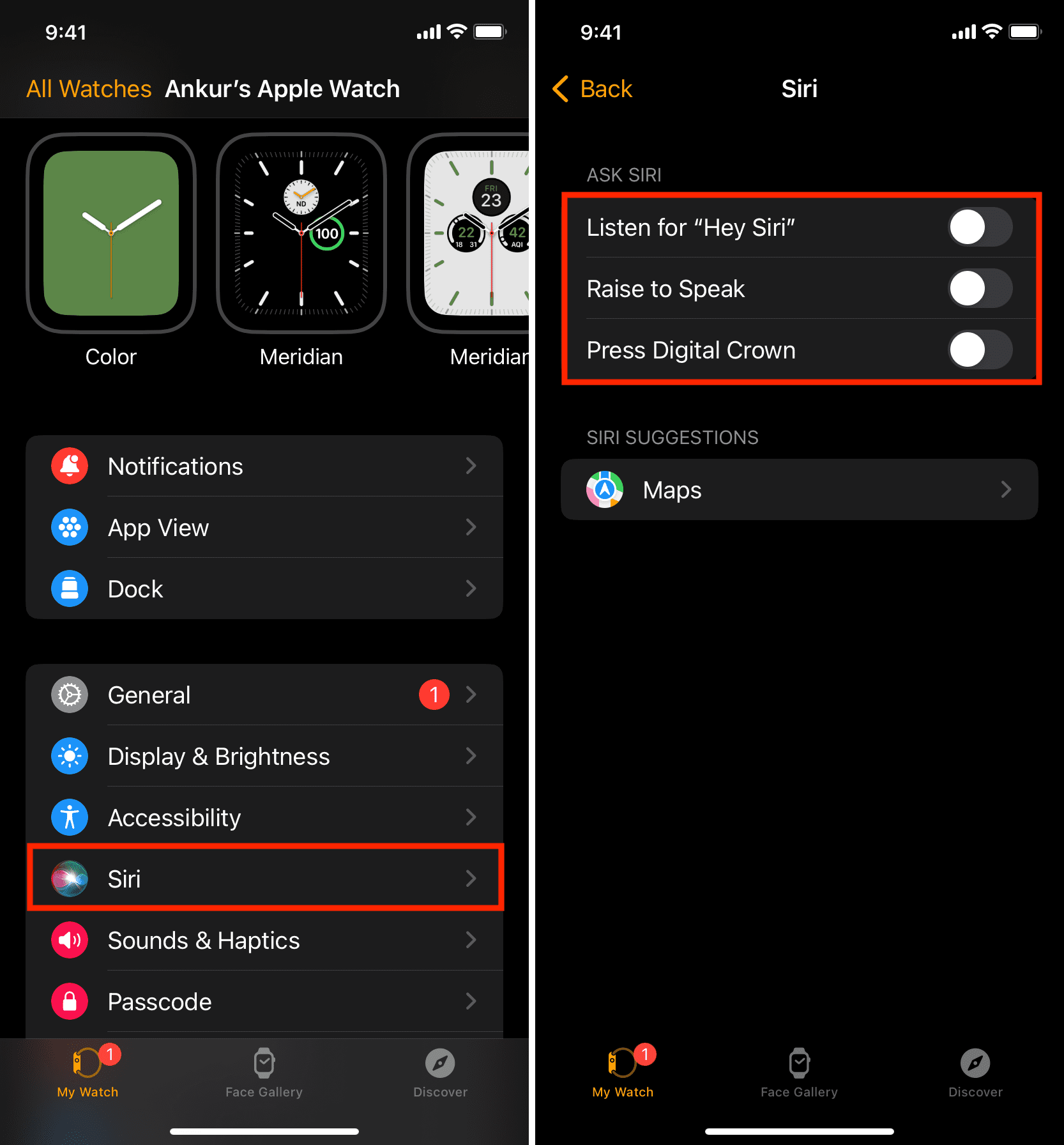 This is how you can stop using Siri on your Apple Watch.

If you change your mind, re-enabling Siri on Apple Watch is just as easy. Simply follow the above steps and enable the toggles.