MagSafe is a functional, worthwhile wireless charging feature for the iPhone lineup. However, available accessories are pretty few and far between all things considered. If you’re a fan of Belkin’s range of products though, and happen to be on the hunt for a portable MagSafe wireless charging puck, then you’re in luck. 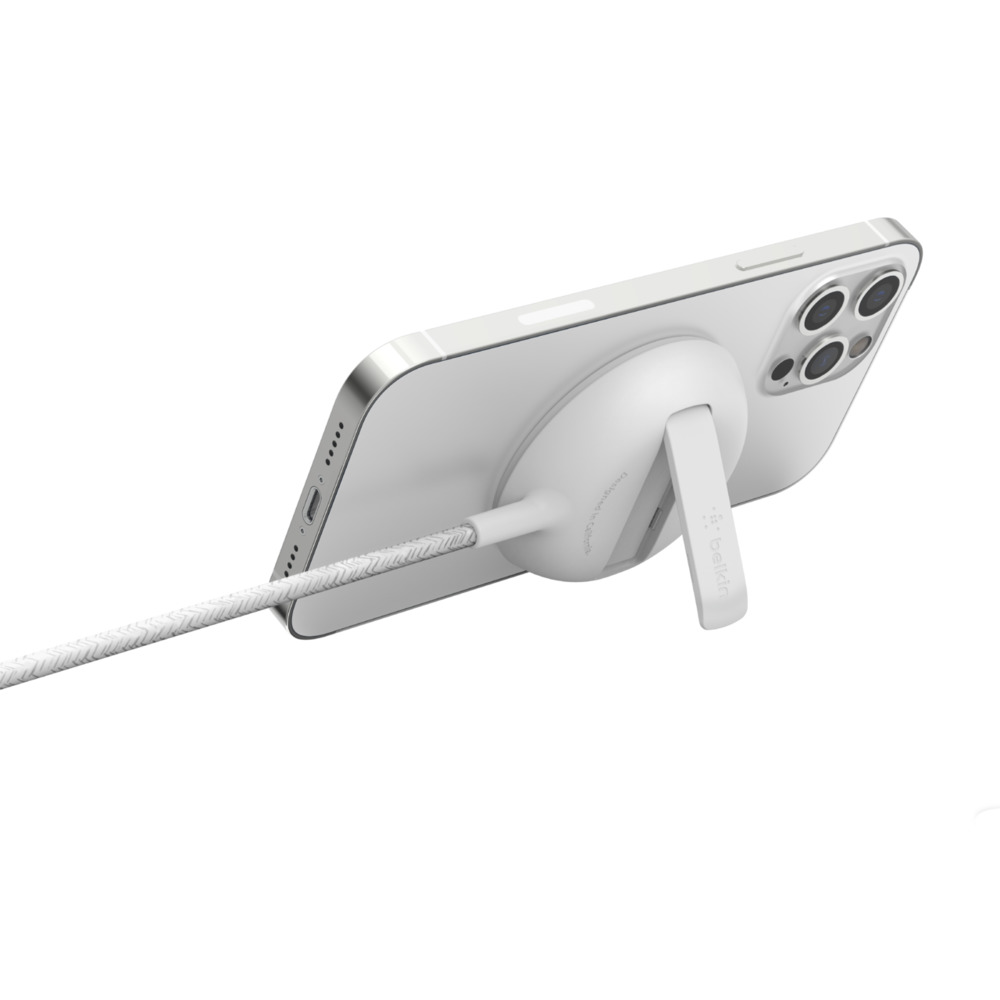 Belkin has officially launched the Boost Charge Pro, what it describes as a “portable wireless charger pad.” It’s a puck-like design, similar to Apple’s own MagSafe Charger. However, this one’s a bit thicker, and that’s because it offers a built-in kickstand. Something Apple’s MagSafe Charger definitely doesn’t have.

Now, thanks to the MagSafe functionality support, this means the Boost Charge Pro wireless charger pad can wirelessly charge your iPhone 12 or iPhone 13 at the full 15W speed. That pop-up stand means you can keep using your iPhone, like watching a video or something, while it charges on your desk.

Belkin’s Boost Charge Pro is available in white or black, and it retails for $59.99. For those keeping track, that means it’s $20 more expensive than Apple’s first-party accessory.

From the product’s official landing page:

This portable wireless charger pad was engineered with official MagSafe technology to deliver fast wireless charging up to 15W for the iPhone 13 and iPhone 12, and allows you to keep using your phone while it charges thanks to a thoughtfully designed pop-up stand and an extra-long cable. The magnetic attachment ensures perfect, snap on alignment every time, while a slim, lightweight design makes this charger perfect for travel, and three understated colorways fit seamlessly into any home or office space.

A few other key details about Belkin’s Boost Charge Pro:

The Belkin Boost Charge Pro is available to order now from Belkin’s website.