While it now seems unlikely for @pattern_f_ to share the exploit for A12 & A13 handsets running iOS & iPadOS 14.6-14.8 with the Odyssey Team for use in the Taurine jailbreak the same way it’s currently being used by the unc0ver jailbreak, some good news for Taurine users is that a new beta of libhooker is available for testing. 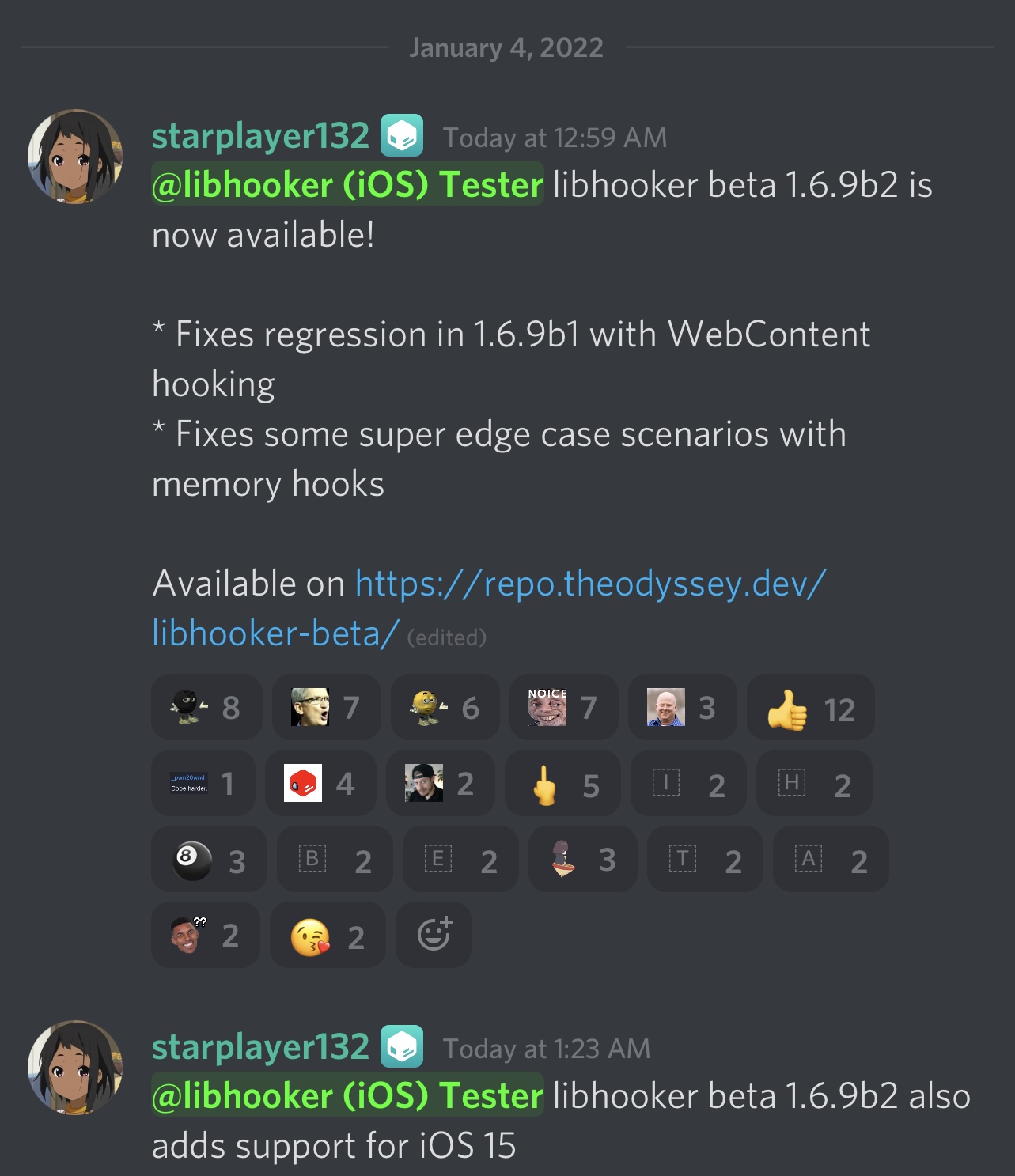 In a post shared to the Sileo / Taurine / Odyssey Discord channel, Odyssey Team lead developer CoolStar announced the release of libhooker v1.6.9 beta 2 and described some of the changes that this new beta brought to the table.

Libhooker is the primary tweak injection method used by the Odyssey and Taurine jailbreaks, just as Substitute is on the unc0ver jailbreak. It allows tweaks to hook into system processes and inject code that alters the handset’s typical behavior.

For most jailbreakers, it’s advisable to only use stable tweak injection releases, but advanced Odyssey and Taurine users who aren’t frightened by the potential for instability can download beta versions of libhooker from the following repository from their favorite package manager app:

Please note that while preliminary iOS & iPadOS 15 support has been added in this beta release, there are no jailbreaks currently available for iOS or iPadOS 15. Some exploits and recently-shared news, however, have given hope that this could change in the future.

Will you be downloading the latest libhooker beta? Be sure to let us know in the comments section down below.