Hacker and unc0ver Team lead developer Pwn20wnd surprised us all this Wednesday evening with an updated release of the unc0ver jailbreak that appears to add support for iOS & iPadOS 14.6-14.8 for iPhones and iPads equipped with Apple’s A12 and A13 chips. 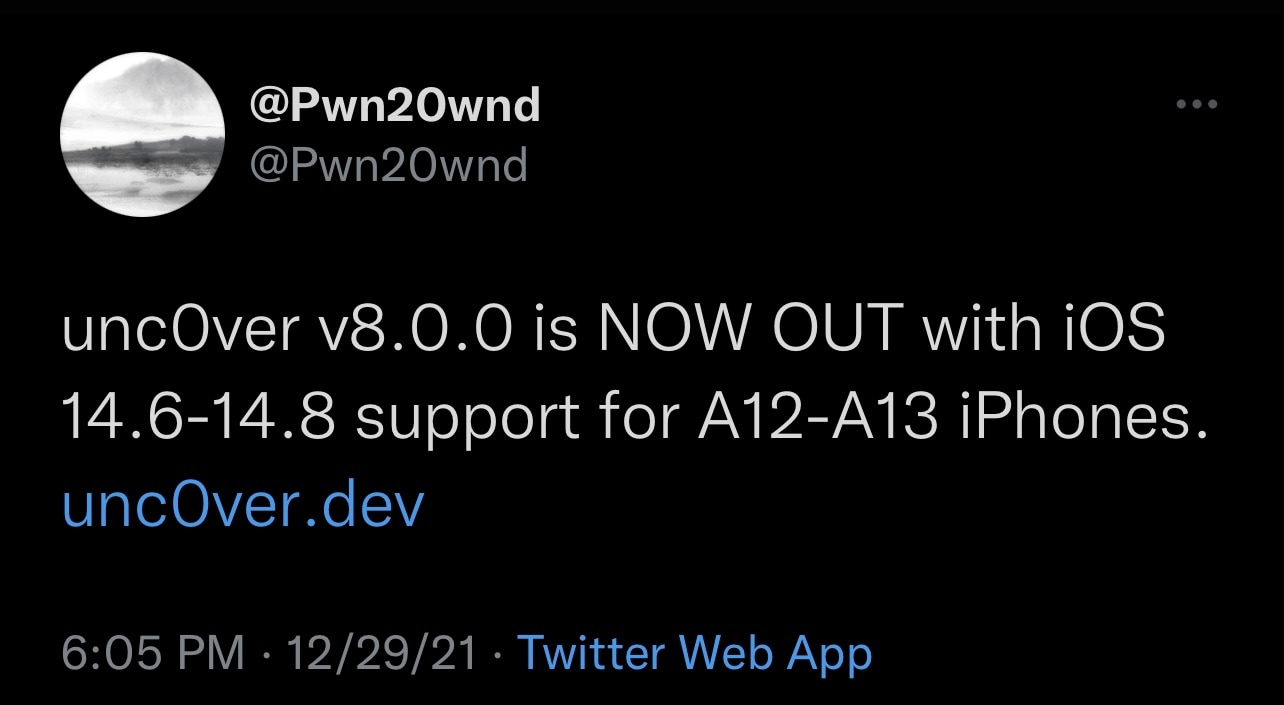 Note: A fix for an issue jailbreaking A12 devices running iOS 14.6 is now available in the form of unc0ver v8.0.1.

Pwn20wnd used Twitter to announce the updated software, which has been dubbed version 8.0.0 – a full version number higher than the previous release that added support for Linus Henze’s Fugu14 untether to take advantage of unlimited unc0ver jailbreak app signing.

For those unaware, devices sporting the A12 and A13 chips include all the following, and should be supported by the new unc0ver release, firmware permitting:

As for what exploit powers the hacking in this new iteration of unc0ver, it seems that Pwn20wnd is making use of an exploit previously used in a jailbreak demo by security researcher @pattern_f_, or at least something very similar to it. In that demo, @pattern_f_ utilized an exploit by Saar Amar and based much of his code on an older ipc_kmsg hack. It was said to have better speed than the cicuta_verosa exploit.

While iOS & iPadOS 14.8 are not currently being signed by Apple, the good news is that the frequently-used delayed OTA profile is still being signed, which means that it’s very well possible to put iOS or iPadOS 14.8 on your device today.

The change log for this release also notes that this unc0ver v8.0.0 update lets A12-A14 device users take advantage of the Fugu14 untether if they’re running iOS or iPadOS 14.3. This subset of devices includes those as old as the iPhone XR and as new as the iPhone 12 Pro Max.

Anyone with a supported handset that would like to go hands-on with the updated jailbreak can grab it from the official unc0ver.dev website. Our step-by-step tutorial takes you through what’s required to get jailbroken with unc0ver today.

Are you excited that the unc0ver jailbreak now supports more versions of iOS and iPadOS on more devices? Let us know in the comments section down below.