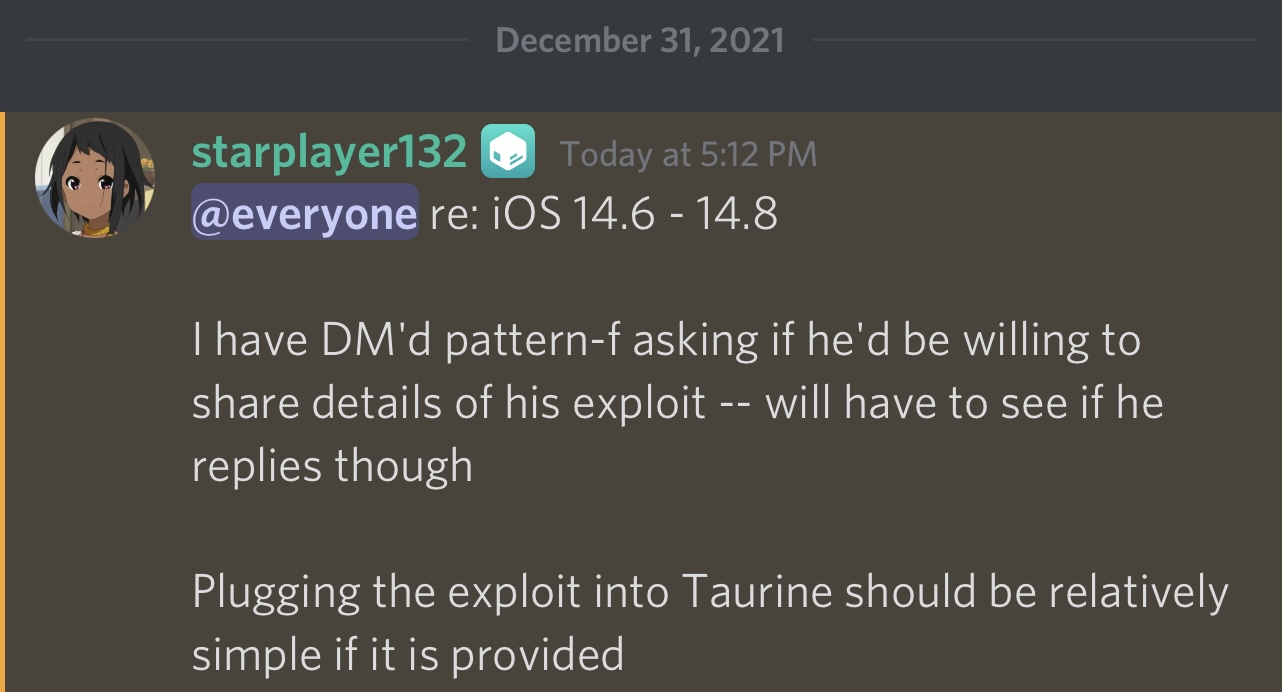 CoolStar appears to have reached out to security researcher @pattern_f_ to request details about the exploit for A12 & A13 devices running iOS & iPadOS 14.6-14.8 — the same exploit that now comes baked into the recently-released unc0ver v8.0.0 and later jailbreak tool.

CoolStar noted that adding support for the new exploit into the iOS & iPadOS 14-based Taurine jailbreak tool would be relatively easy, however doing so would depend almost entirely on @pattern_f_’s willingness to divulge details about the exploit to the Odyssey Team.

Update: Unfortunately, @pattern_f_ appears unwilling to share the exploit with the Odyssey Team because the security researcher doesn’t want to publicize it at this time:

This effectively means that the Odyssey Team’s iOS 14-centric Taurine jailbreak won’t be updated any time soon to support for A12 & A13 devices running iOS & iPadOS 14.6-14.8. This is a substantial setback for Taurine fans since only the competing unc0ver jailbreak already supports these firmware versions.

Currently, the Taurine jailbreak supports all iPhones and Pads running iOS or iPadOS 14.0-14.3.

Taurine has not been updated with support for the Fugu14 untether as the unc0ver jailbreak has, which would at least enable Taurine to jailbreak arm64e (iPhone XR and newer) devices running iOS or iPadOS 14.4-14.5.1. As such, skipping Fugu14 and only adding the newer exploit would leave a slight dead spot in Taurine’s range of supported handsets and firmware versions.

Citing to some of CoolStar’s previous comments in the same Discord channel just a couple of weeks ago, adding native support for the Fugu14 untether to the Taurine jailbreak is a low priority at the moment given the magnitude of some other projects CoolStar is currently working on: 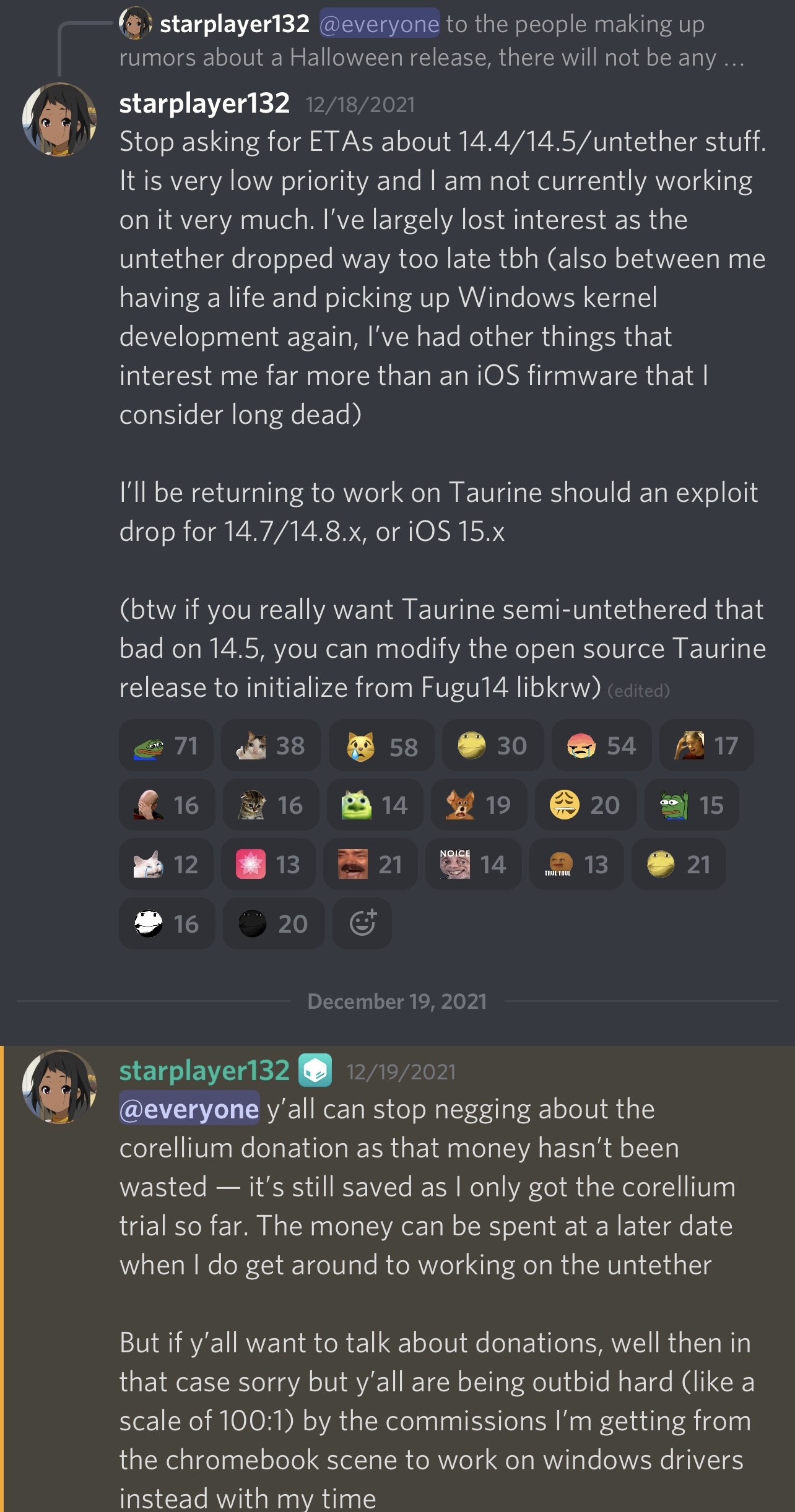 While it is indeed unfortunate, it remains to be seen if another exploit might pop up in the future that supports more firmware versions and devices than the exploit already being used by unc0ver. Only time will tell, however.

Do you want to see Taurine add support for the exploit that enables jailbreaking on A12 & A13 devices running iOS or iPadOS 14.6-14.8? Be sure to let us know in the comments section down below.