Read this tutorial to learn how and when to turn on and use low power mode on macOS in order to boost battery life and make your Mac notebook run cooler and quieter.

By under-clocking the CPU and dimming the display slightly, low power mode helps extend your Mac’s battery life whilst making the computer run cooler and more quietly than before. We’re not exaggerating if we call the Mac’s low power mode a macOS-optimized version of the same feature that’s available on the iPhone.

Follow along as we show you how and when to turn on low power mode on macOS.

Low power mode on macOS is managed in your battery preferences. From there, you can toggle low power mode for plugged and unplugged operation separately. 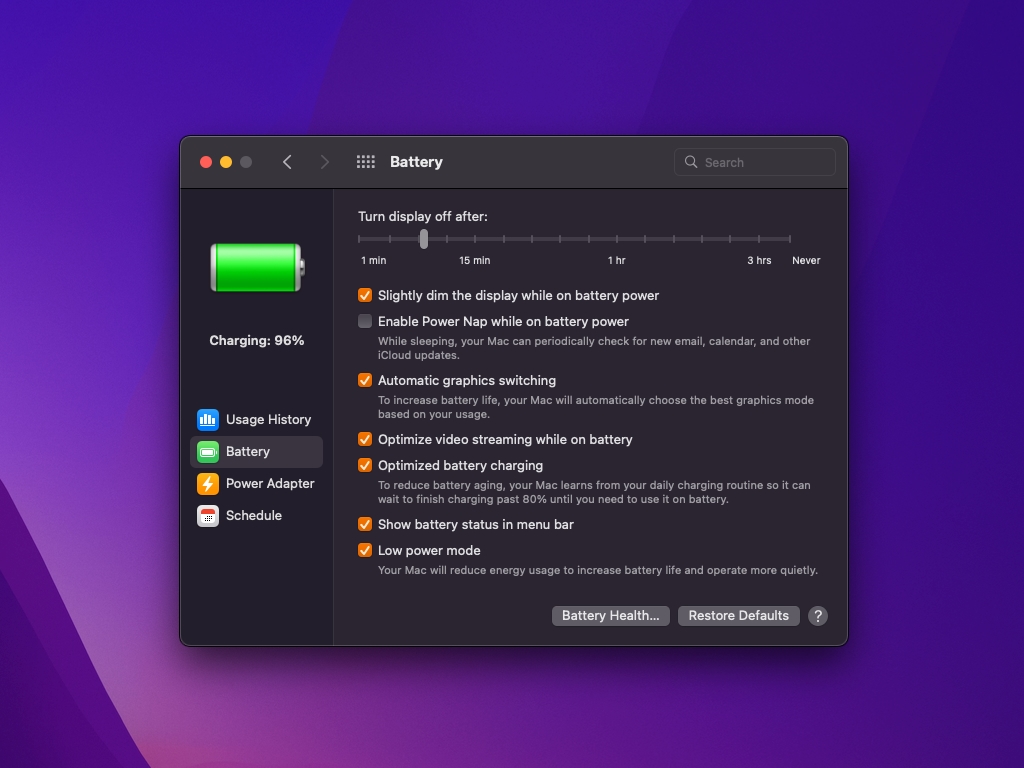 As mentioned, you can independently adjust this mode for when the Mac is on battery power and plugged into power by choosing Battery or Power Adapter from the sidebar. You can also glance at the low power mode status without opening System Preferences.

How to tell if my Mac is running in low power mode?

Yes, there is. Simply click the battery icon found in the macOS status bar to reveal a menu with additional useful information about the computer’s battery. If you spot a line saying “Low Power Mode: On,” you’ll know your Mac is running in this energy-saving mode.

Is there a faster way to toggle low power mode on or off without using System Preferences? Not out of the box because Apple hasn’t provided a shortcut in the battery menu where you’d logically expect to find it.

You could build a script in the Shortcuts app to quickly enable low power mode with a keystroke, but you’ll need to know how to use Shortcuts to build macOS automation workflows. Thankfully, developer Jordi Bruin has taken the matter into their own hands with a nifty little menu bar utility, dubbed Cooldown.

With it, you can quickly turn low power mode on or off without using System Preferences. Best of all, the app is completely free to download and use without restrictions.

But if you end up using it, please consider paying the developer a few bucks.

Low power mode is available on the Mac notebooks manufactured in 2016 or later. Specifically, the feature is supported on the following Mac computers:

The feature requires that your compatible computer be running macOS 12.0 Monterey or later. Low power mode is unavailable on desktop-based Macs like the iMac or Mac mini.

Aside from iPhones and Macs, low power mode is also available on any Apple tablet with the iPadOS 15.0 software or later. Aside from slowing down the processor and dimming the display a bit, the iPad’s low power mode also temporarily reduces background activities such as downloads and mail fetch.

When should you turn on low power mode on macOS?

Unlike with iPhone which slows down considerably in low power mode, you may not notice any performance drop in everyday usage if all you do on your computer is read your favorite blogs and websites, check email, use social media and so on. 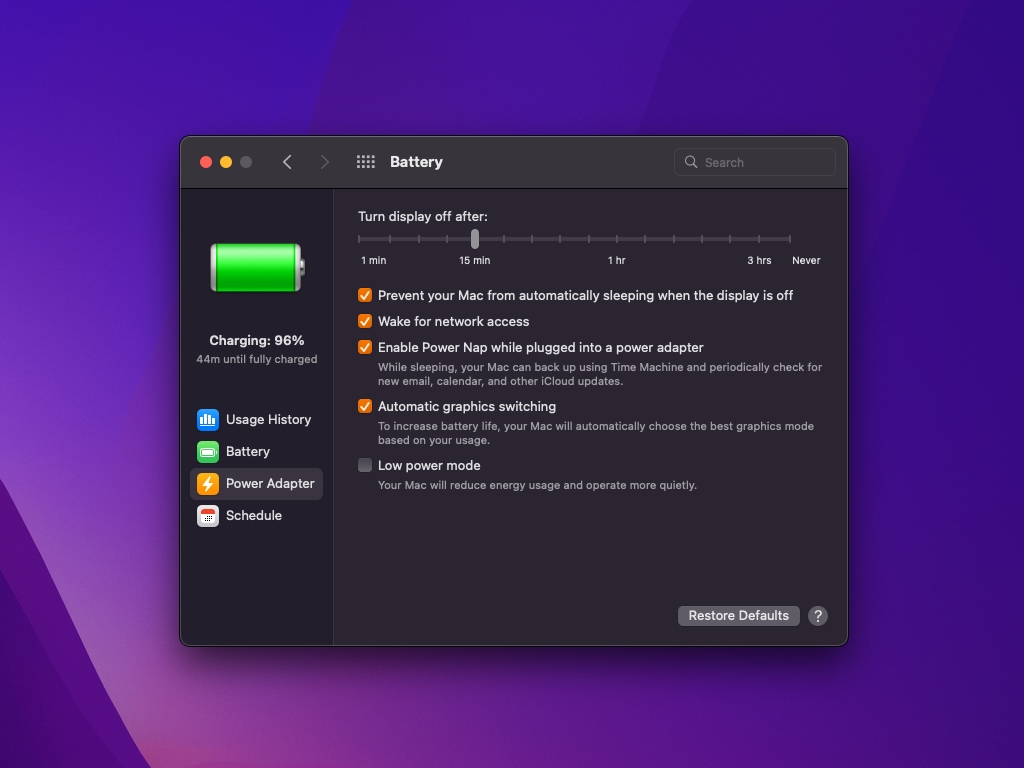 In those circumstances, it’s a good idea to turn on low power mode to extend your Mac’s run time. Whenever I blog on the go, I put my Mac in low power mode. I’m more relaxed knowing the system is conserving as much power as possible without degrading CPU and GPU performance significantly. Read: 12 tips to save battery life on iPhone

And if I feel like running a resource-intensive app like maybe a high-end game or a powerful video editor, I just toggle off low power mode and am good to go.

Apple allows developers to build low power mode sensing in their apps. An app like a game could use this information to, say, reduce graphics fidelity and decrease the frame rate as soon as the user has turned on low power mode.