Learn how to reduce the HomePod bass level. You’ll be able to listen to your favorite music and enjoy loud audio effects in movies without disturbing your neighbors.

Most of us live in apartments and have neighbors. Neighbors prefer quiet evenings, so there’s one simple switch to flip before you enjoy loud music (not that you should!) and marvel at the multi-channel sound effects in your favorite Hollywood movies without the neighbors calling the police or coming to bang on the door.

This feature requires that HomePod Software version 15 or newer be installed on the speaker.

If your HomePod is running an older version of its software (version 15 launched to the public in September 2021), you won’t be able to use this feature. You must also have iOS 15 or later installed on your iPhone or iPad, or macOS 12 Monterey or later on your Mac if you prefer to configure your HomePod on a computer. Read: Al the new features in HomePod Software version 15

How to reduce HomePod bass level

The option to cut the level of bass is in your HomePod settings in the Home app on iPhone, iPad, and Mac. Here’s how to do that:

This is how the settings appear in the Home app on iPhone. 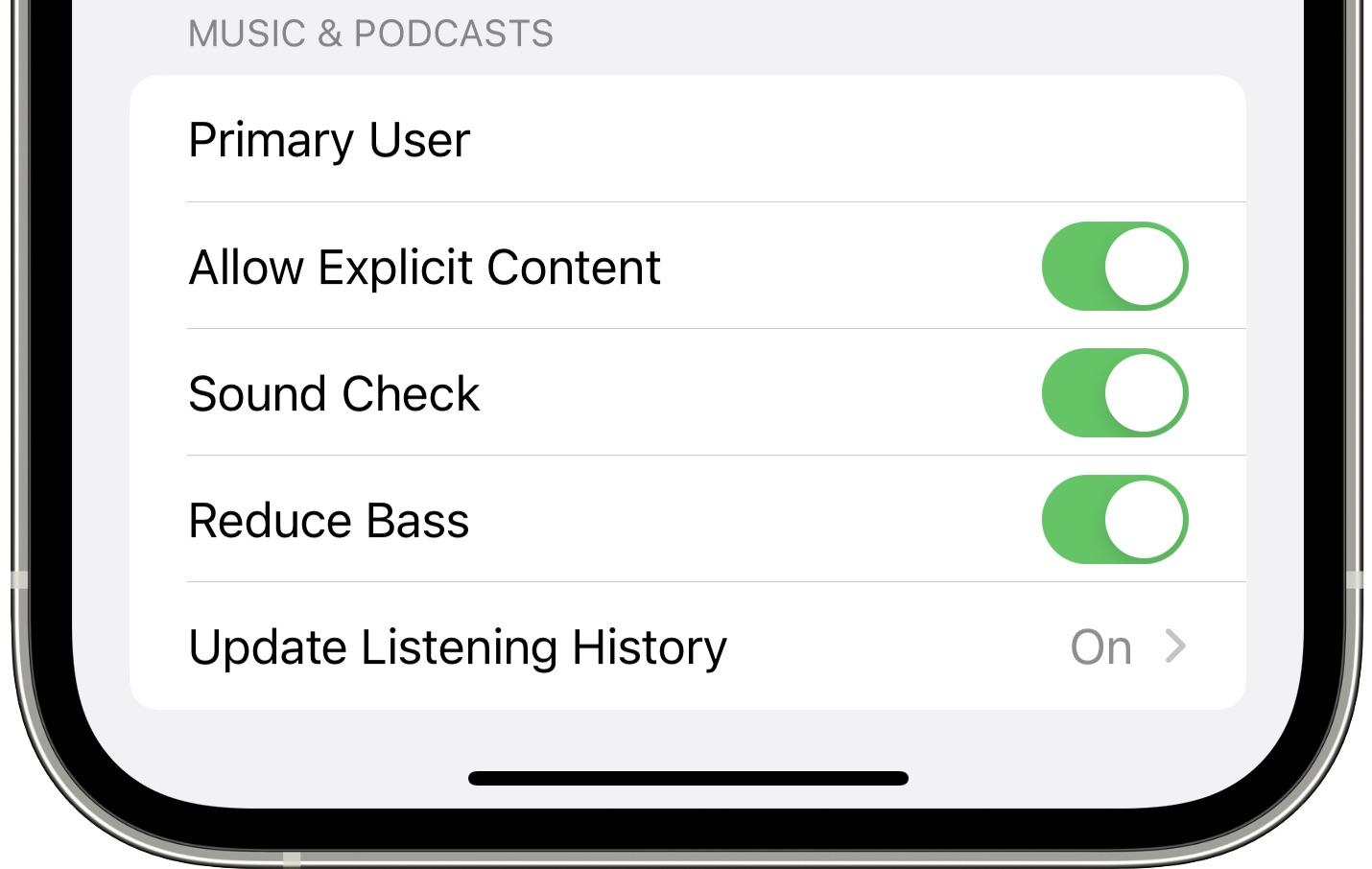 Doing so prompts Apple’s computational audio algorithm powering sound on your HomePod and HomePod mini to reduce the speaker’s low-frequency output. The difference between normal and reduced bass levels is pretty obvious, especially if you have a full-sized HomePod.

Aside from letting you reduce the speaker’s bass levels, HomePod Software version 15, as Apple is calling it, also enables you to connect two HomePod minis in a stereo configuration, as well as request specific content to be played on your Apple TV using Siri on HomePod.

Other perks: Tighter integration between HomePod mini and iPhone, controlling smart devices at a specific time, and more. Lest we forget, HomePod’s Siri now automatically adjusts its speaking level based on the room environment and volume of your own voice.

About HomePod and HomePod mini woofers

Both HomePod and HomePod mini offer great sound, but only the former (now discontinued) has a powerful bass produced by a high-excursion woofer with Apple’s custom amplifier (there’s also an internal low-frequency calibration microphone for automatic bass correction).

These components and technological solutions result in a pretty punchy bass with enough rich mids and balanced treble to sound clear rather than muffled. By comparison, the smaller HomePod mini reproduces bass sounds by taking advantage of dual passive radiators.