Native Apple Maps ratings and photos are now being launched in the United States and elsewhere after the features initially debuted in iOS 14 and iPadOS 14 back in August 2020. 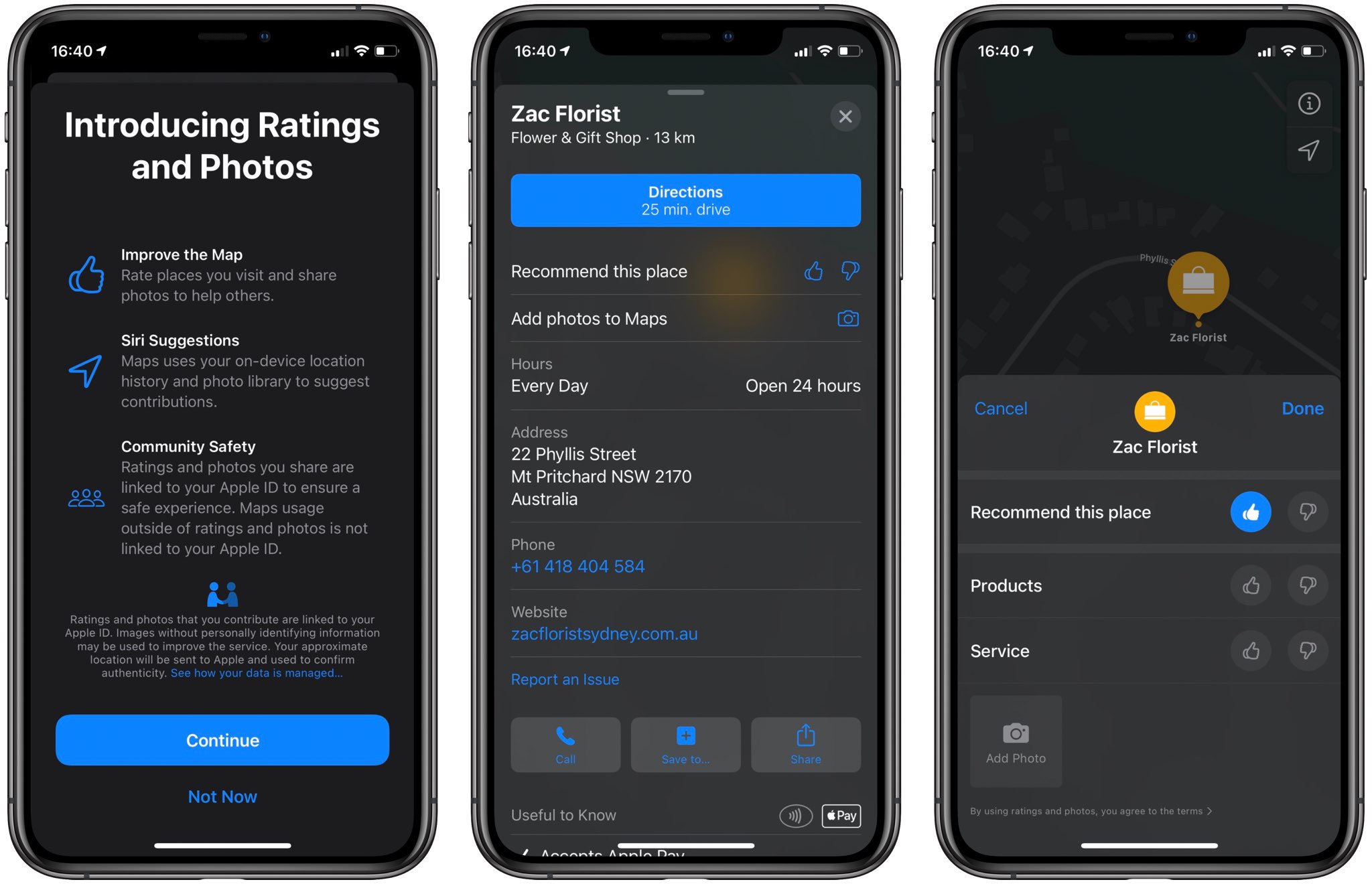 If you live in the US and these ratings have launched for you, look for a “Rate & Add Photos” link towards the bottom of the interface. Don’t see it yet? If so, then try again in a few days.

Choosing this option brings up a menu allowing you to rate a place with a thumbs up/down or upload your own photo. Humans at Apple will review your submitted photos before they go live. According to customer reports publsihed on Reddit, these native Maps ratings and photo uploads are also being tested overseas in several countries, including Australia and the UK.

→ How to search along your route on Apple Maps

Keep in mind that not all venues may support native ratings and photos. To prevent abuse, Apple only accepts ratings from folks that have physically visited the place. A handy list of countries and regions where the new rating system is available is on the Apple website.

This new Maps feature is unavailable to users younger than 13.

Do Apple Maps ratings and photos protect my privacy?

So how private are Maps’ native ratings and photos?

When you rate a place you visited or share your own photos of a particular point of interest, you’re helping Apple improve its mapping service. And thanks to Siri intelligence, you may see a suggestion to contribute an image from your Photos library.

You have the choice to participate in Ratings & Photos, which is a feature within Maps that allows you to publicly post ratings, photos, and other content to points of interest. Unlike your other activity in Maps, ratings and photos that you share within the feature are linked with your Apple ID.

In other words, Apple may collect or retain some personal information related to your usage of the native ratings and photo uploads on Apple Maps.