One of the best things about GarageBand is sound packs. With the latest update, you can create music using beats, loops and instruments created by some of the top music producers. 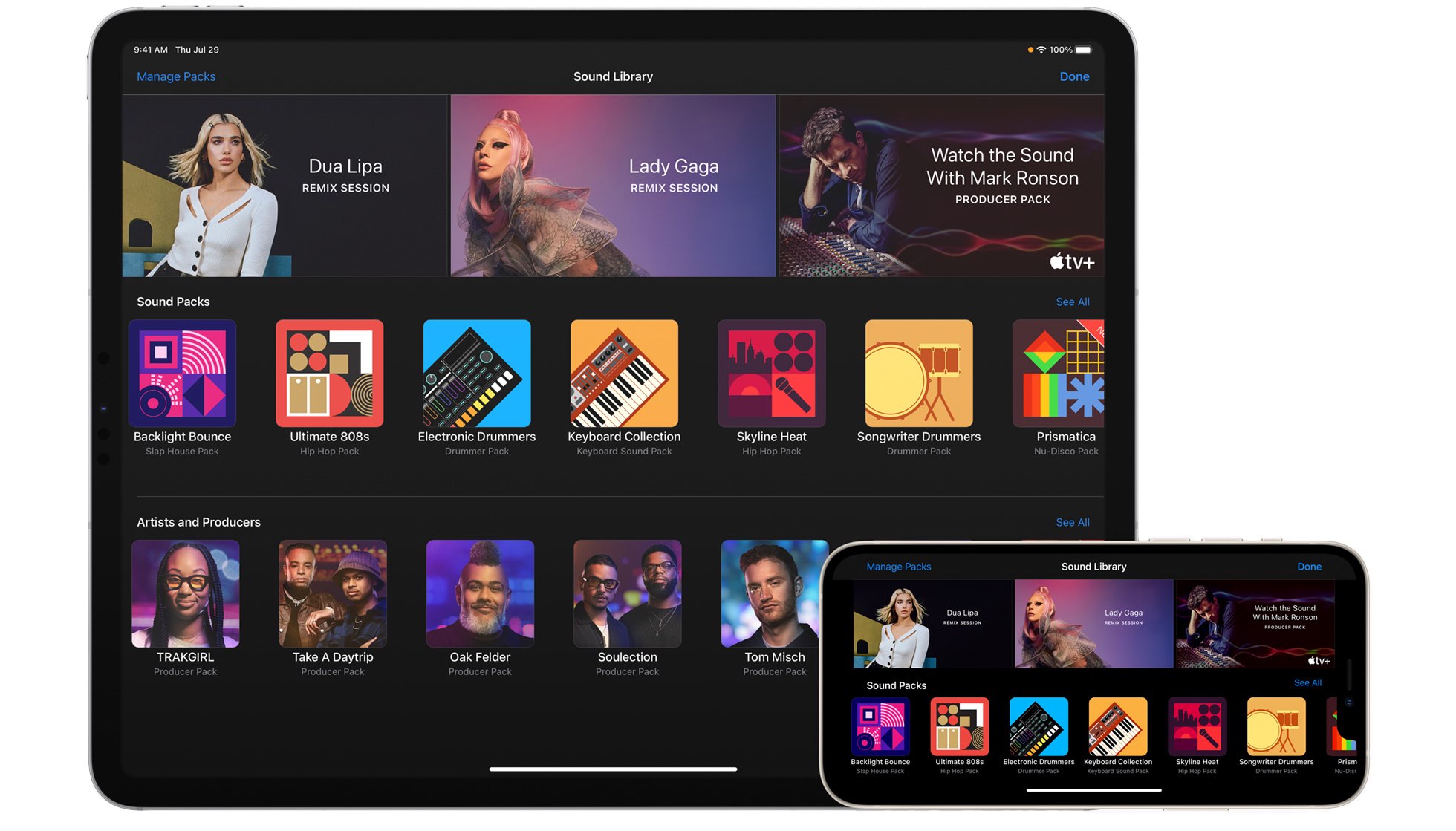 Apple has refreshed GarageBand for iOS and iPadOS with new sound packs from renewed artists and music producers, including Dua Lipa and Lady Gaga. You probably won’t create a global hit song with GarageBand, but you’ll at least be able to replicate the feel, emotions and atmosphere in Lady Gaga’s and Dua Lipa’s hits by utilizing these new sound packs.

→ How to reverse a track in GarageBand

Other updates include a pair of remix sessions featuring video instruction and songs from the above artists, plus 7 new producer packs packed to the gill with beats, loops and instruments. Apple says these were exclusively created for GarageBand by renewed music producers like Boys Noize, Mark Lettieri, Oak Felder, Soulection, Take A Daytrip, Tom Misch and TRAKGIRL.

For this update, we’ve collaborated with an incredible group of artists and producers to give musicians an amazing collection of new sounds to play with, and we hope even more people will be inspired to tap into their creativity and start making music in GarageBand.

According to the announcement in the Apple Newsroom, these sessions are interactive to give people an idea of how some of the most catchy songs are constructed. For instance, you can isolate vocals, hear only the betas and turn individual instruments on or off at will.

The new remix sessions and producer packs are now available for free through the Sound Library feature in GarageBand 2.3.11 for iOS and iPadOS.