A native Mac music player, not a Catalyst port

Let’s get this out of the way before we proceed: Doppler for Mac is a native Mac music player rather than a half-baked port done with a help from Apple’s Catalyst framework. With that off of our chest, we thought it prudent to highlight some of Doppler for Mac features.

It used to be that purchasing and owning music (remember those times?) required a tedious, laborious managing of the music files and their underlying metadata. 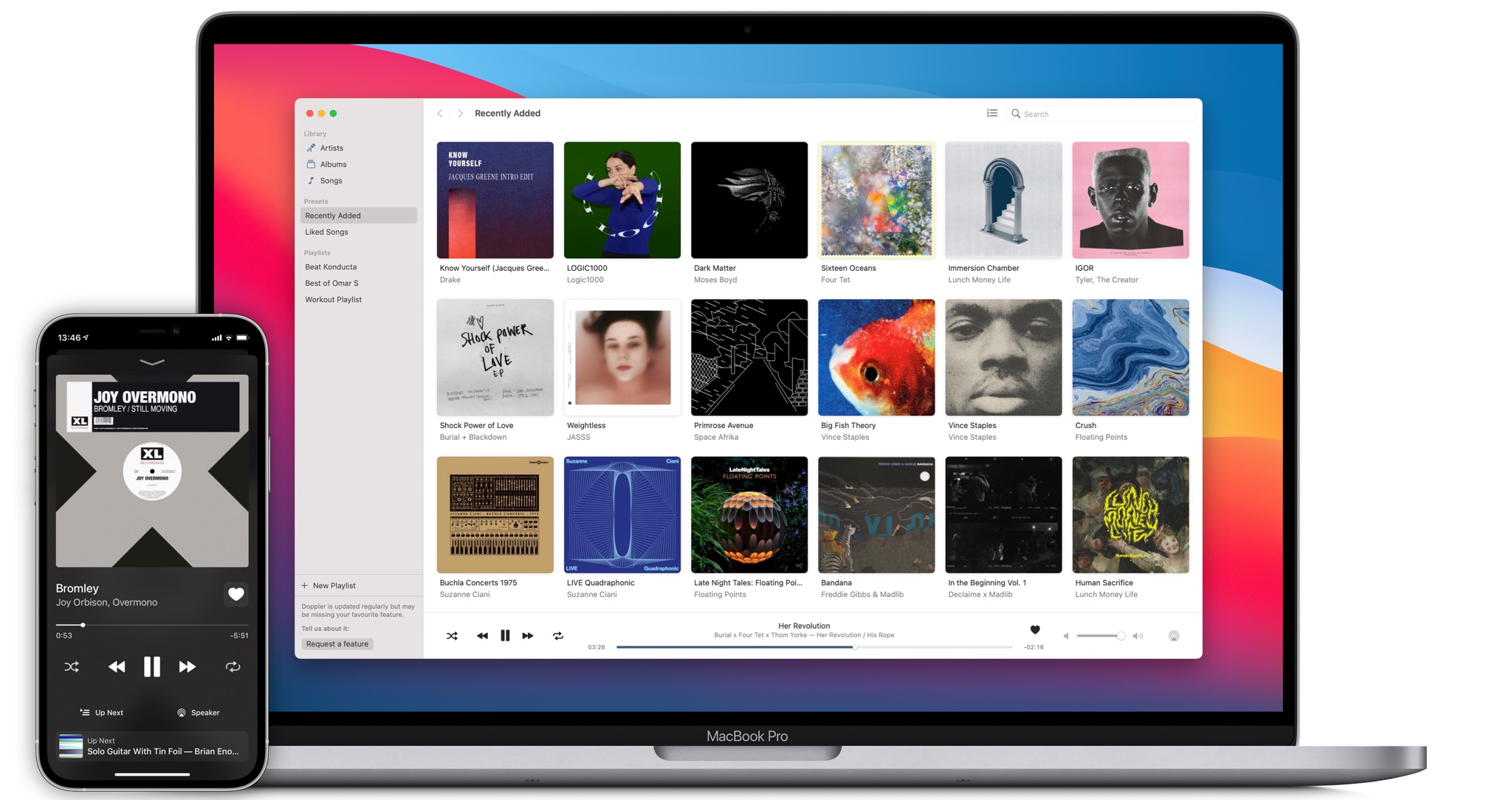 You would be also waiting time converting files between formats, and we haven’t even mentioned other annoyances such as restrictive syncing options.

A macOS music player for people who buy music

Doppler promises to simplify your music management with a smart set of beautifully designed features that fully respect your privacy. Ed tells me he designed Doppler for folks who buy music from iTunes Store, Amazon, Bandcamp, etc to own it, and that’s quite true.

If you get your music exclusively via streaming services, then Doppler isn’t for you.

But who buys music nowadays, we hear you asking. Well, you’d be surprised to learn that a not-so-insignificant percentage of people who listen to music regularly on their devices actually choose to buy music as a way to directly support independent artists.

Besides, many releases such as those on vinyl recordings aren’t available for streaming. 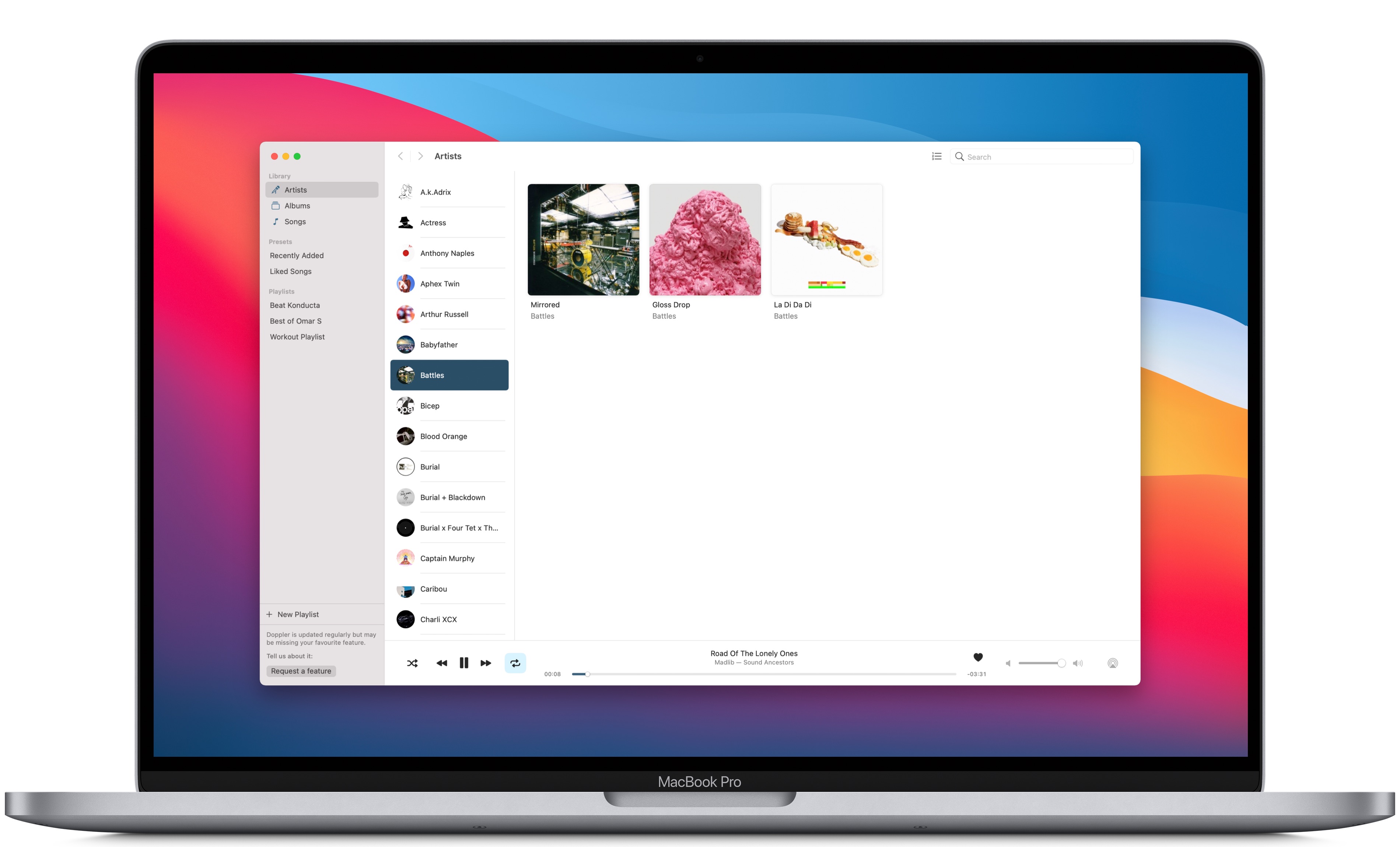 Doppler frees you from worrying about music files, transcoding and all that jazz. Instead, you get a music player that won’t overwhelm you with a complex interface like Apple Music.

At the same time, you get some pretty cool features.

For instance, you can easily update album artwork with just a click. A cool twist: The app dynamically changes itself to compliment the colors from your album artwork.

Perhaps most important of all, Doppler makes it a cinch to send your music and playlists between devices, be it wirelessly over Wi-Fi or over the wire, via USB.

Other common features like playlists, liking songs and a playback queue are also present. 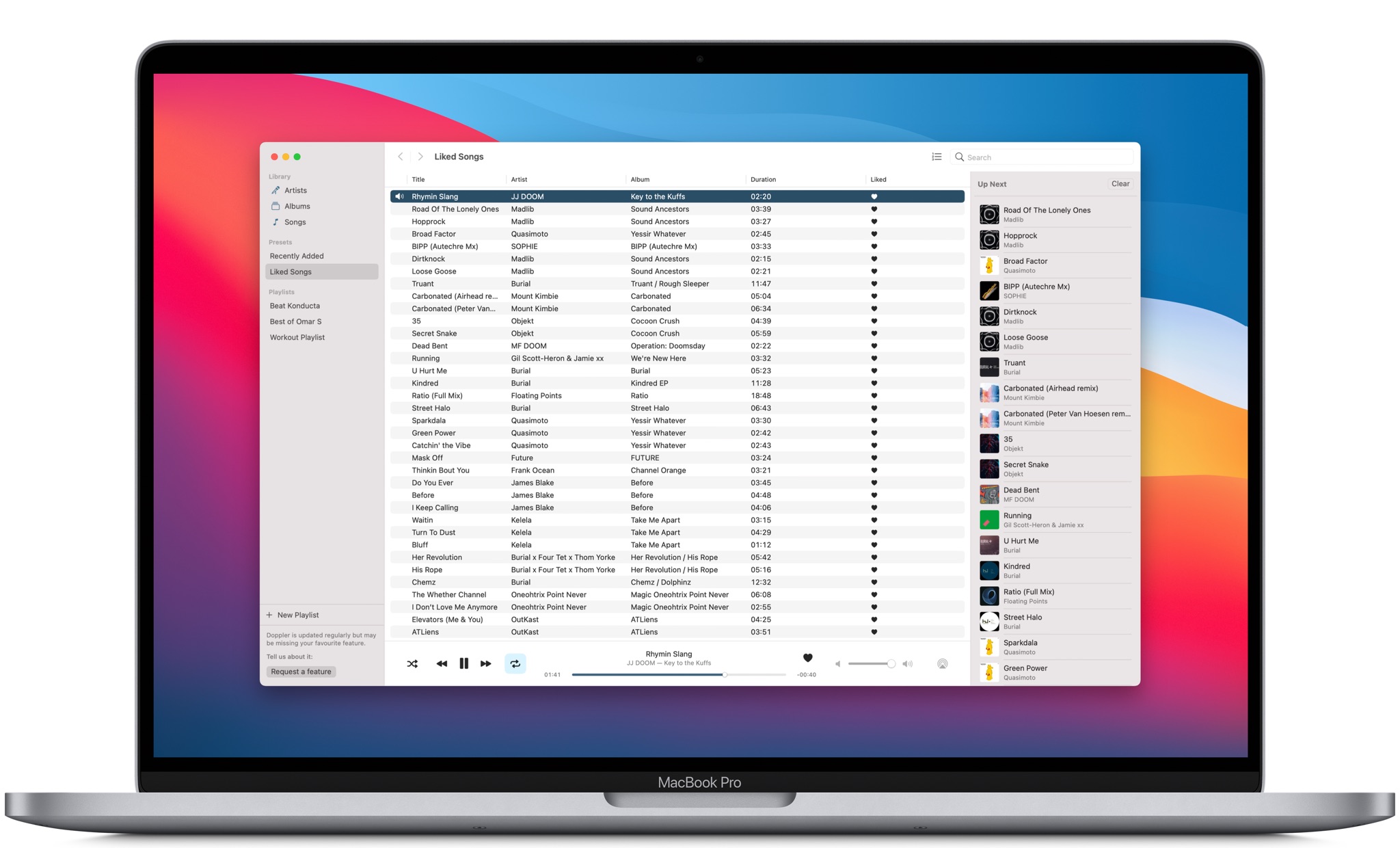 Doppler supports the most popular audio formats, likeMP3, FLAC, WAV, AAC and more. You just grab some files from a folder on your Mac and drop them on the Doppler window—voilà, you just added music to Doppler without having to worry about file format compatibility at all.

To browse the added tracks, click one of the automatically created Recently Added albums.

For those who really like to drill much deeper into their music library, Doppler doesn’t disappoint. You can, say, merge multiple discs into a single album. And should you prefer to scrobble the tracks you listen to Last.fm (that service builds a detailed profile of each user’s musical taste), you can do that as well thanks to Doppler’s integration with Last.fm that even works offline. 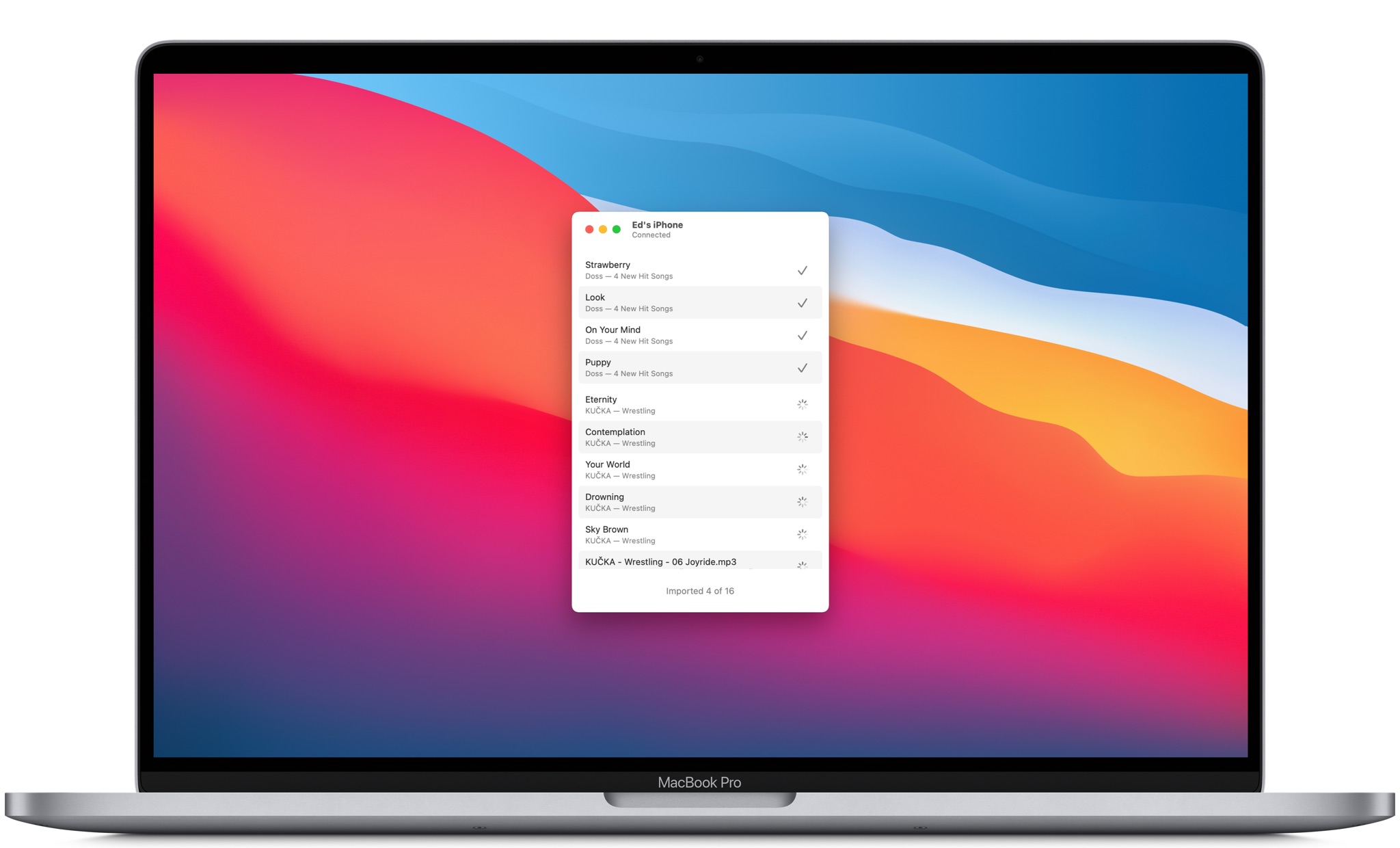 For further information, read a post on the official BrushedType blog.

Doppler for iPhone is available on the App Store. It requires iOS 14 or later and comes with a free 7-day trial. You can get Doppler for Mac directly via the BrushedType website.