The iPhone’s Wallet app on iOS 15 supports adding digital ID cards, with Apple apparently using facial recognition to verify your identity and validate your ID card with a selfie. 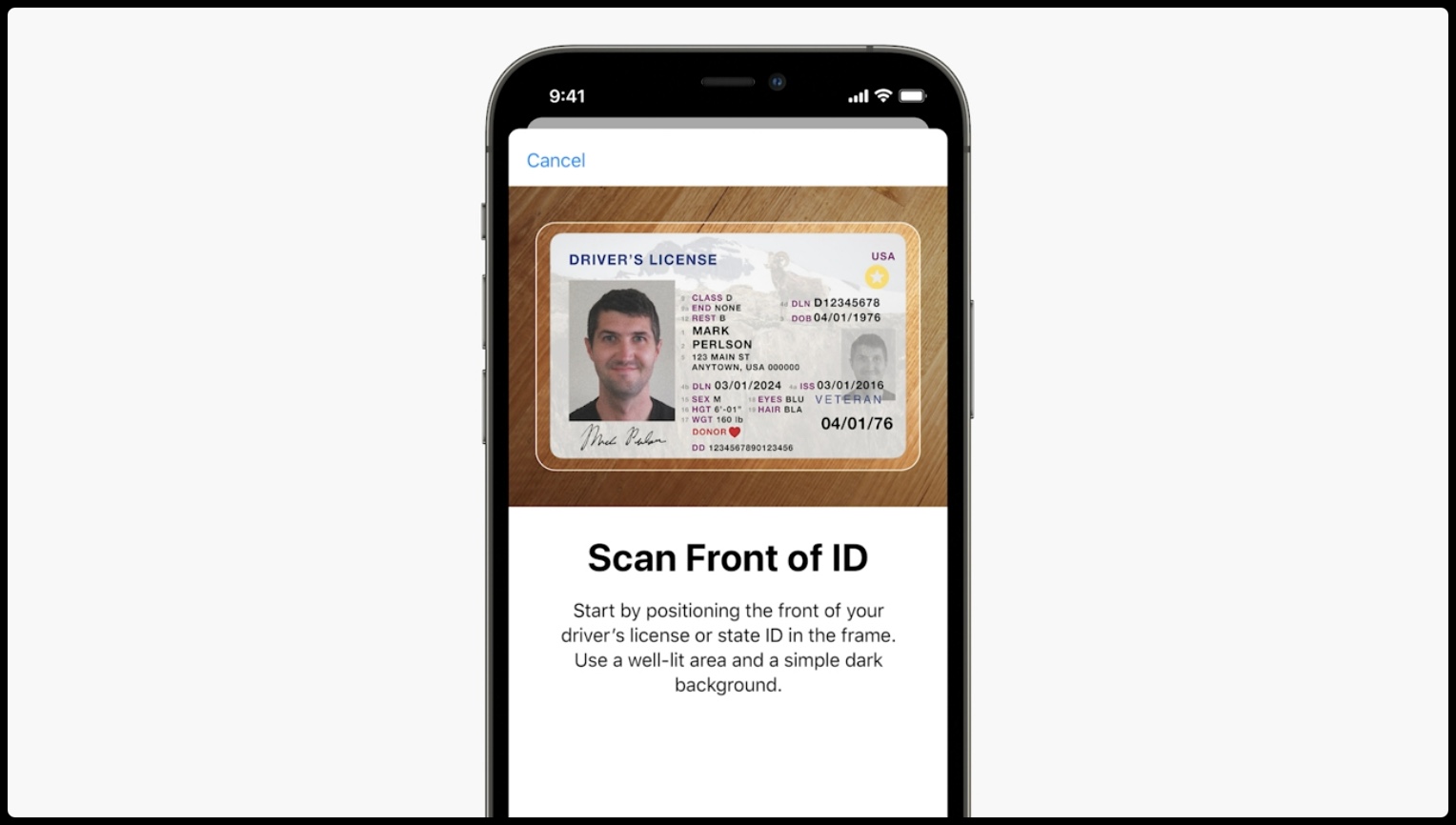 How Apple Wallet will verify your identity

When adding a digital identification card in iOS 15’s Wallet app, one of the required steps will be verifying your identity by taking a selfie. The image is then analyzed by Apple’s facial recognition algorithm to confirm your identity and validate the card.

This ensures only the ID card’s owner can add the card to their iPhone.

After scanning the front of your government-issued physical ID with your iPhone’s camera, you’ll then need to take a selfie, according to clues that 9to5Mac discovered in the latest fourth beta of iOS 15. This will allow the Wallet app to authenticate the card you just added by comparing your mug shot on the ID to the selfie you just took.

The onboarding process will look very similar to the Face ID setup, in which the user needs to rotate their head to register their face. The difference is that the animations will guide the user to capture their face in different positions, such as looking sideways, raising the eyebrows, opening the mouth and even smiling.

As the author notes, the whole process is not too dissimilar from how Revolut and similar banks confirm new customers. It’s unclear if Apple’s process takes advantage of the TrueDepth camera to take depth-based facial shots, which is how Face ID works.

According to a message in the Wallet app, the selfie you take “will be matched with your photo on file” with your ID card. It’s probably standard 2D facial recognition because there would be no point in comparing your selfie with depth information to a regular 2D photo of the card.

How digital IDs work in Wallet

Using digital IDs in Wallet will be limited to residents of some US states at launch though the company is yet to name the states that will be participating in this feature. An Apple executive explained in a recent interview how digital IDs will work in Wallet on iPhone and Apple Watch.

We’re early on this, obviously. You’ll be able to have it in your Wallet. You can see your ID there like your other cards. And then you can present that if you choose to, for example, TSA. You can digitally present it and the information can show up for the person who is looking at your ID.

Aside from helping replace physical identification cards like a driver’s license with their digital counterparts, iOS 15’s Wallet also gained support for additional physical keys to the app, both for cars and for hotel rooms and homes.

These new capabilities for Wallet, along with many other enhancements, improvements and new features in iOS 15, will be available to all iPhone owners when the software update launches publicly sometime in the fall.