I can still remember what it was like hauling around a portable CD player with me everywhere I went back in my high school days. That was before MP3s really took off. Forking over money for some worthwhile headphones was worth it back then, maybe even more so than it is today for most use cases. But that digital takeover was inevitable, and, eventually, I was hauling around all sorts of different MP3 players instead of that CD player.

Looking back, I kind of wish I had stuck with the CD player a bit longer. Or maybe gotten into vinyls before they became all the rage again. But I didn’t. Like so many people I found myself carried away by the thought of having thousands (thousands!) of songs at my disposal, right in my pocket.

The good news is that, for the folks who care about this sort of thing, the best listening experience for music hasn’t really gone anywhere. Sure, the mainstream has absolutely taken it over, but for the purists out there there is absolutely still ways to get that great experience. 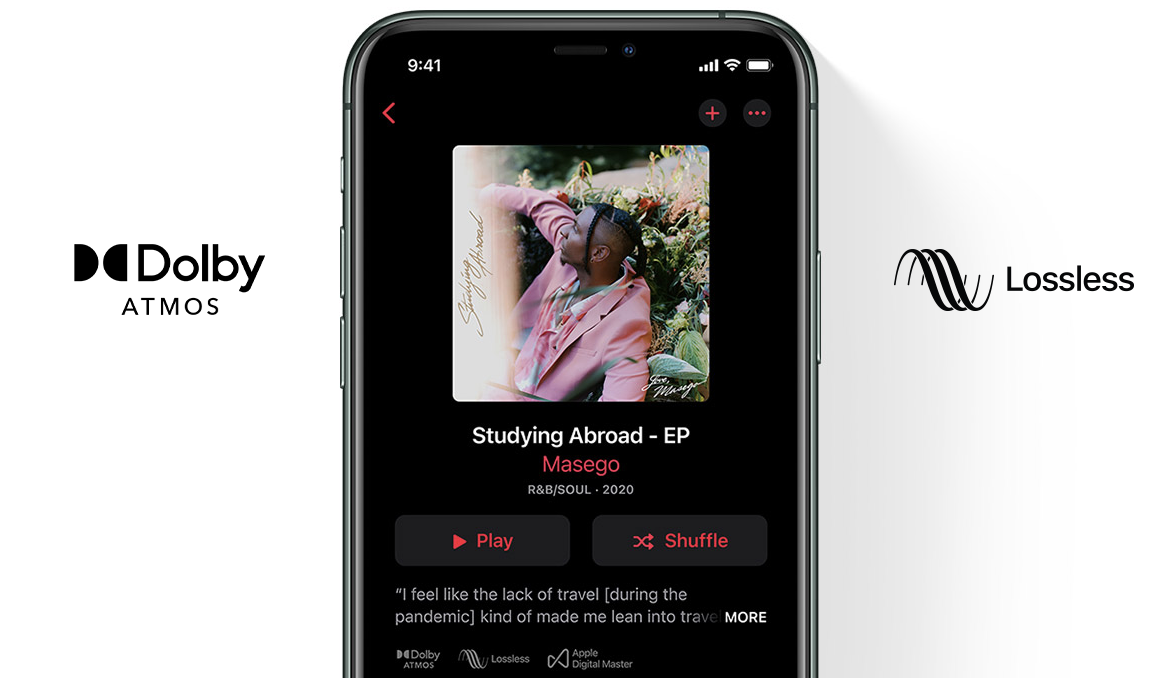 Apple adding both lossless audio support and Spatial Audio with Dolby Atmos to Apple Music this year is a great move. As Eddy Cue said, it’s not so much about giving lossless audio to everyone –because the majority of Apple Music subscribers will probably never, ever hear the difference– but simply bringing it to the small number of subscribers that will absolutely get –or already have– the equipment to enjoy it. And with that in mind, it makes sense why Apple didn’t charge more right out of the gate for lossless audio (or Spatial Audio support).

I knew that Tidal offered support for Dolby Atmos music before Apple got around to announcing its own effort. I’d never tried it, though. Mostly because I knew I’d never switch to Tidal, so I didn’t want to risk any kind of need to do just that. I’d heard good things about Dolby Atmos for music since its debut, but I figured that if I ever did get to enjoy it, it’d be worth the wait when/if ever it arrived on Apple’s music streaming service.

But, honestly, when Apple announced these new features for Apple Music, I was sort of leaning towards lossless being the thing most people wanted. The feature that most people would figure out a way to listen to. And I’m sure that’s absolutely the case for some folks out there. But now that I’ve experienced Dolby Atmos music by way of Spatial Audio, I realize Apple’s not entirely wrong for pushing that particular feature as the next big thing for music listening.

Here’s the thing: some of these songs that have been reworked to support Dolby Atmos and Spatial Audio sound awful. And not just as a comparison to the original stereo recording, and especially not in comparison to a lossless audio track — which isn’t even fair, honestly. I immediately went to the Rock playlist and looked for tracks I’d recognize. I found more than a handful an some of them are okay. Others? Wow. Real bad.

For example, the first one that stood out to me was “Last Resort” by Papa Roach. I don’t know the last time I listened to that song, but what I heard from my headphones out of the Spatial Audio playlist was not what I remembered. And not because I was completely surrounded by the music — but because it sounds awful.

I can say the same for blink-182’s “What’s My Age Again?” and a few others. Some of these are so mangled that it sounds like it was recorded completely separately, in a metal box in some cases, with equipment that’s on the fritz.

All of that sounds pretty bad. It is. I think there’s a lot of legwork that producers and artists are going to have to do if they want to update their existing libraries to Spatial Audio with Dolby Atmos. And, in some cases, maybe even consider just not doing it at all. Because sometimes the results are absolutely not worth it.

So, why am I almost convinced it’s the next big thing? Because while sometimes the results aren’t great for existing music, it’s when it works that it really works. Some of these songs are just amazing to listen to. You really do feel like you’re right there with the band or artist, and the music itself sounds great. With AirPods Max or AirPods Pro, some of these tracks are amazing.

That’s not so much the case when using the regular speakers on an iPad Pro, but no one should really expect greatness out of that anyway. I had a blast in the Classical playlist, too. The same with Jazz. Those two styles of music are absolutely made for this type of listening experience.

I wasn’t really interested in Spatial Audio at first, but now that I’ve actually experienced it in a way that shows it off in the right ways, I can say it’s absolutely a feature I want to see become a standard moving forward. Will it replaced stereo in the same way that stereo replaced mono? Well, that remains to be seen. But I think it certainly has a chance.

Some songs to check out

This next one is meant to specifically show off the transitions between mono, stereo, and Spatial Audio. It was put together by Apple Music’s own Zane Lowe. It does the trick, both in showing how great Spatial Audio can be — and why some of these other songs fall so flat.

Have you tried out Spatial Audio yet? If so, what do you think?