Late last year, Apple welcomed the M1 processor to its family of products. The ARM-based chip is Apple’s own design, and the benefits for the MacBook Air and MacBook Pro are impossible to ignore. That’s why the transition for iMac is so highly anticipated.

And Apple is still working on that transition, with the iMac expected to be the next Apple-branded computer to make the leap away from an Intel processor. When, exactly, Apple will make that change official remains to be seen, though.

Before that happens, today there’s a report indicating that Apple is at least in the process of testing that hardware right now. Which could indicate the company is gearing up for an announcement sometime soon. Fingers crossed, at least. 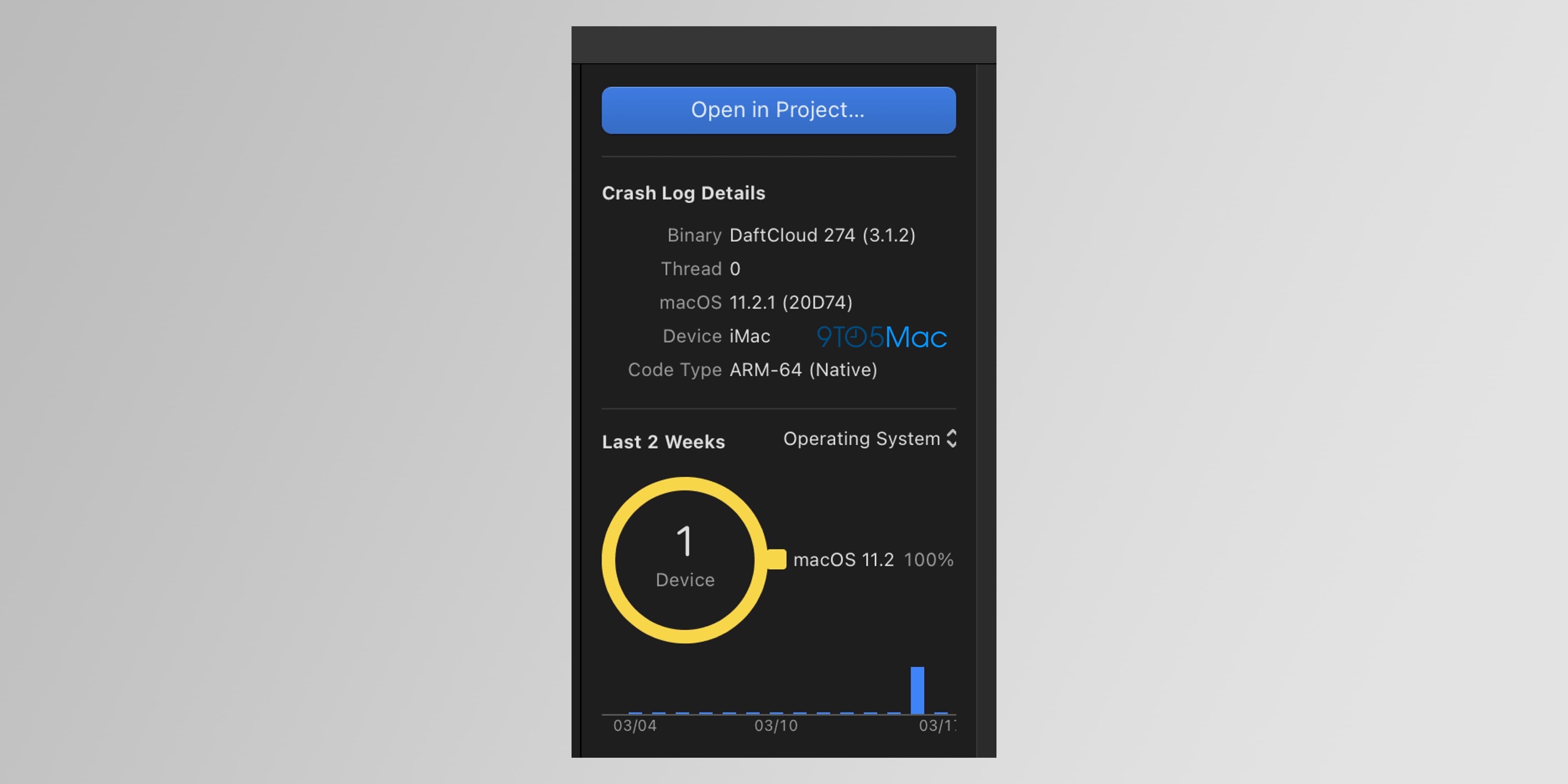 As far as the sign goes, that comes from 9to5Mac today. The screenshot, which you can see just above, shows a developer’s crash log while using Xcode. The application in question was being used on an iMac, which is powered by an ARM processor. And, of course, Apple doesn’t have an iMac with Apple silicon under the hood on sale right now, so this model is unreleased.

The screenshot was shared to the publication by developer Dennis Oberhoff, who created the app DaftCloud for Mac.

9to5Mac says that the crash report is legitimate, and that it shows the architecture as being ARM64, which Apple silicon is based on. And the device family is indeed an iMac. The report says it’s “unlikely to be an indication error.”

However, nothing is official just yet. We’re still waiting on Apple to officially unveil the first iMac with Apple silicon under the hood. The transition to the M-series processor will be exciting in its own right, but the new iMac is also said to be undergoing a radical hardware redesign, too. Last we heard, the desktop computer will be available in a range of colors (including Sky Blue), and have a design based on Apple’s high-end Pro Display XDR external monitor.

Here’s how the new design was described by Bloomberg earlier this year:

The new models will slim down the thick black borders around the screen and do away with the sizable metal chin area in favor of a design similar to Apple’s Pro Display XDR monitor. These iMacs will have a flat back, moving away from the curved rear of the current iMac. Apple is planning to launch two versions — codenamed J456 and J457 — to replace the existing 21.5-inch and 27-inch models later this year, the people said, asking not to be identified because the products are not yet announced.

So, definitely something to look forward to. Are you already making plans to upgrade your iMac this year?