Rumor has it that Apple is going to launch a redesigned iMac at some point this year. And now a new rumor says one of the changes will be a more colorful lineup for the desktop computer.

Jon Prosser, who has a mixed track record with leaks, published a new YouTube video to his Front Page Tech channel today. There’s a lot to unpack, as is par for the course, but the interesting parts come near the end. It’s there that we get to the latest rumors regarding the upcoming 2021 iMac refresh, as well as some changes for Apple’s transition to its own processor for the Mac Pro.

First up, the upcoming iMac, which you can see pictured just below. 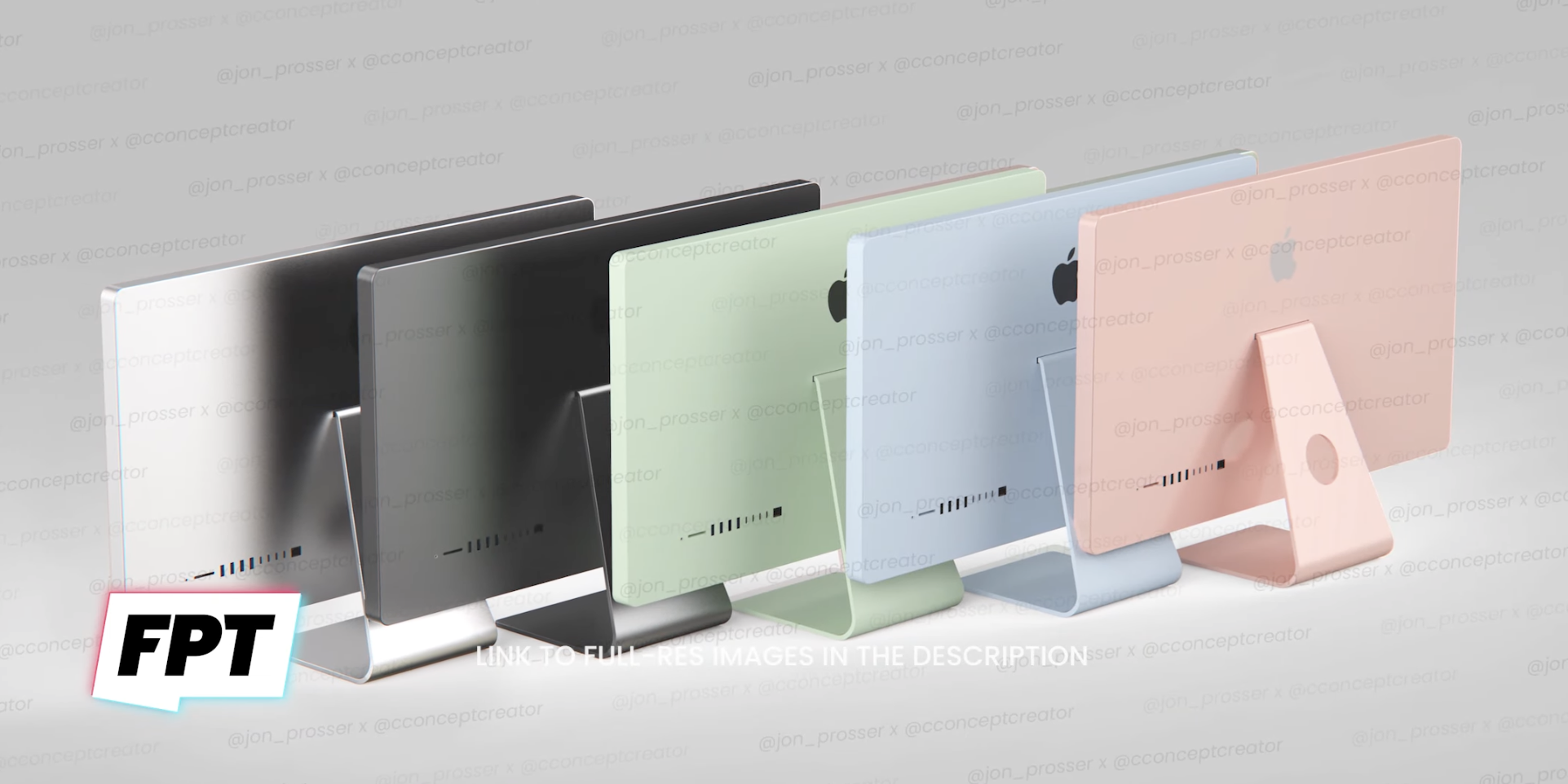 Word on the street is that Apple is finally going to give the iMac a refresh this year, finally changing the design after years of, well, not. And while the physical design will be different, it’s the colors that might be the most eye-catching part of it all. According to Prosser, Apple is going to introduce five new color options for the iMac: Space Gray, Green, Sky Blue, Silver, and Rose Gold.

Those colors probably sound familiar. It’s the same hues that Apple used with the latest-generation iPad Air, and the renders show off what that would look like. Prosser also noted that he hasn’t seen the back of the new iMac yet, so the render is speculative and the design could be different. The colors are the important part, at least for now.

Nostalgia is the name of the game, it seems. Prosser says Apple is hoping these colors will spark that familiar twinge for iMac buyers. Will it work? Well, we’ll have to wait and see.

Apple is making the transition to its first processors, with the MacBook Air and MacBook Pro kicking things off in late 2020. So what’s next? Well, the Mac Pro could be right around the corner. Apparently the new Mac Pro will look like “three to four Mac minis stacked on top of each other”. He included his own render of what the device might look like, which you can see above.

Prosser adds that the heat sink will be on the top of the design, while the “compute unit” will be “on the bottom”.

So, quite a bit to look forward to! But, how do you feel about those colors for the iMac?