WhatsApp’s surprised users by announcing deep data-sharing integration with Facebook with no opt-out whatsoever, and now the move has attracted regulatory scrutiny in Turkey.

Bloomberg reports today that the new usage terms have now sparked privacy concerns, provoking an antitrust investigation by Turkey’s antitrust board. The regulator said it was halting implementation of the new terms because they would result in “more data being collected, processed and used by Facebook,” according to the news-gathering organization. 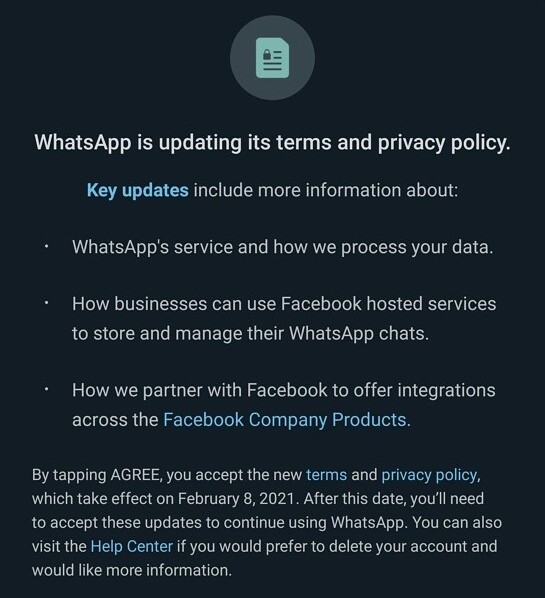 Turkey’s genuine motives behind this antitrust scrutiny may be hidden in plain sight, however, as the Turkish government previously took issues with services that use end-to-end encryption. As Bloomberg mentions, the 82 million people country has “a history of acting against social-media platforms in ways that activists say is meant to stifle dissent.”

When Facebook acquired WhatsApp back in 2014 for $19 billion, the companies insisted WhatsApp would retain its independence as there’d be no data sharing between them.

“If partnering with Facebook meant that we had to change our values, we wouldn’t have done it,” WhatsApp noted when the acquisition became official. “Instead, we are forming a partnership that would allow us to continue operating independently and autonomously.”

Two years later, WhatsApp began sharing limited user data with Facebook to boost targeted advertising. People could opt out of that integration provided they knew where to find that option, but that’s no longer possible with the deepened integration between the two services.

WhatsApp uses are required to agree to the new terms, which would allow for more targeted advertisements, or lose access to their WhatsApp accounts if they don’t.