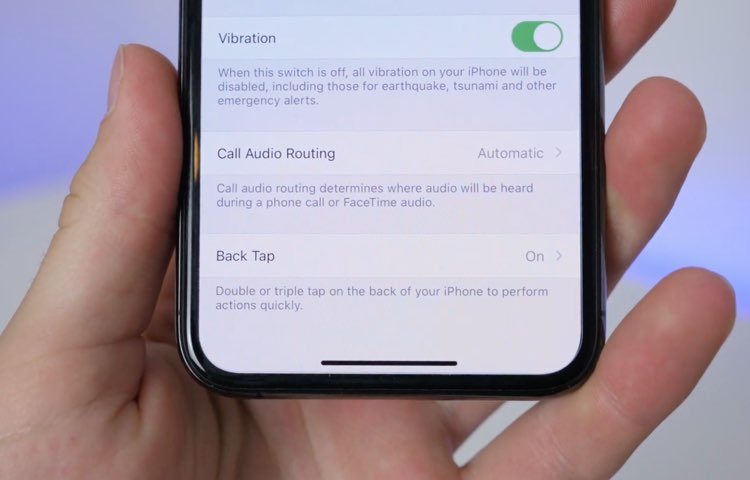 A cool iOS 14 feature lets you perform various actions when you tap the back of your iPhone two or three times in quick succession. These custom iPhone actions range from common system features, like invoking the Control Center or Reachability, to popular ones, such as taking a screenshot or scrolling, to running a workflow in the Shortcuts app. In this short step-by-step tutorial, we’ll show you how to bind custom iPhone actions to these gestures.

Here's what you'll learn in this tutorial... Show table of contents
1) Introducing Back Tap
2) How to run custom iPhone actions with Back Tap
2.1) Running your favorite shortcut with Back Tap
3) How to disable the Back Tap feature

They’re calling this Back Tap, an apt description. Just be sure that you don’t confuse it with Tapback in Messages, which is an older feature that allows you to quickly react to individual iMessages with an expression like a thumbs up or down, a heart, a laugh and more.

→ How to add Tapback reactions to incoming iMessages

I take a lot of screenshots on any given day. I process my screen grabs with Federico Viticci’s excellent “Apple Frames” script in the Shortcuts app which adds appropriate device chrome. It only felt natural to assign the double-tap back gesture to the screenshotting action. Similarly, I’ve chosen Federico’s shortcut for the triple-tap back gesture. So now when I want to screenshot something, I just double-tap the back of my iPhone. This is typically followed by a triple tap right away to apply device chrome to the screenshots I just took.

Check out how Back Tap works in our hands-on video walkthrough embedded ahead.

By the way, the Back Tap feature is unavailable on the iPad. And now, follow along with our step-by-step tutorial embedded ahead to learn how to set up this cool new iPhone feature in iOS 14 so that the operating system automatically performs custom actions quickly, like invoking Siri or the Notification Center, when you double or triple-tap the handset’s back.

How to run custom iPhone actions with Back Tap

Follow these steps to configure the Back Tap feature to your liking.

If you often use accessibility features like Magnifier or Zoom, you might want to configure Back Tap to bring up the Accessibility shortcut when you double-tap the iPhone’s back. 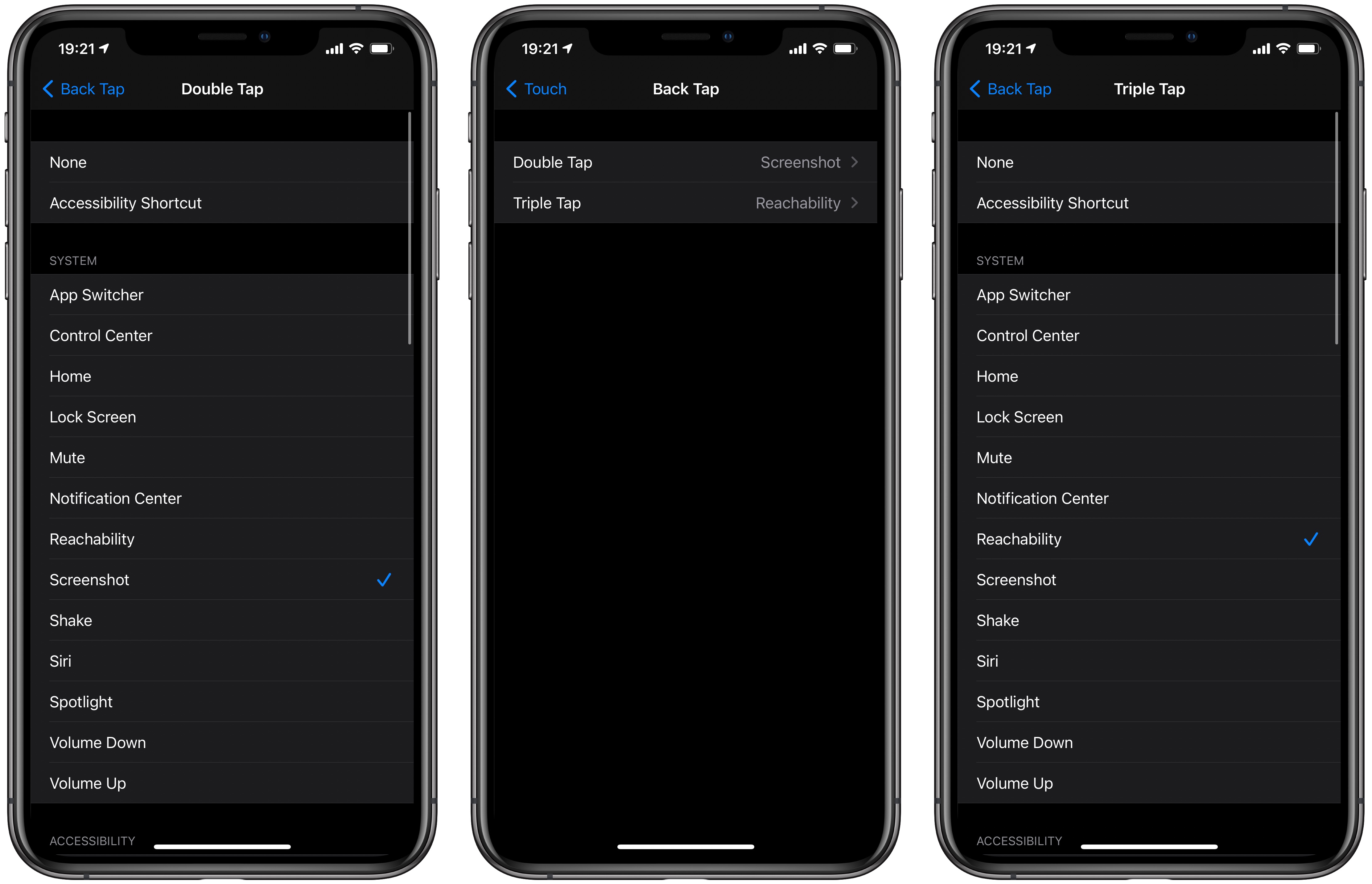 The available iPhone actions are sorted as follows:

If you won’t be using the Back Tap feature at all, or perhaps you don’t like the way Apple has implemented this capability (maybe you’re experiencing false back taps or simply find the gesture difficult to get the hang of), simply disable it in your accessibility settings.

Running your favorite shortcut with Back Tap 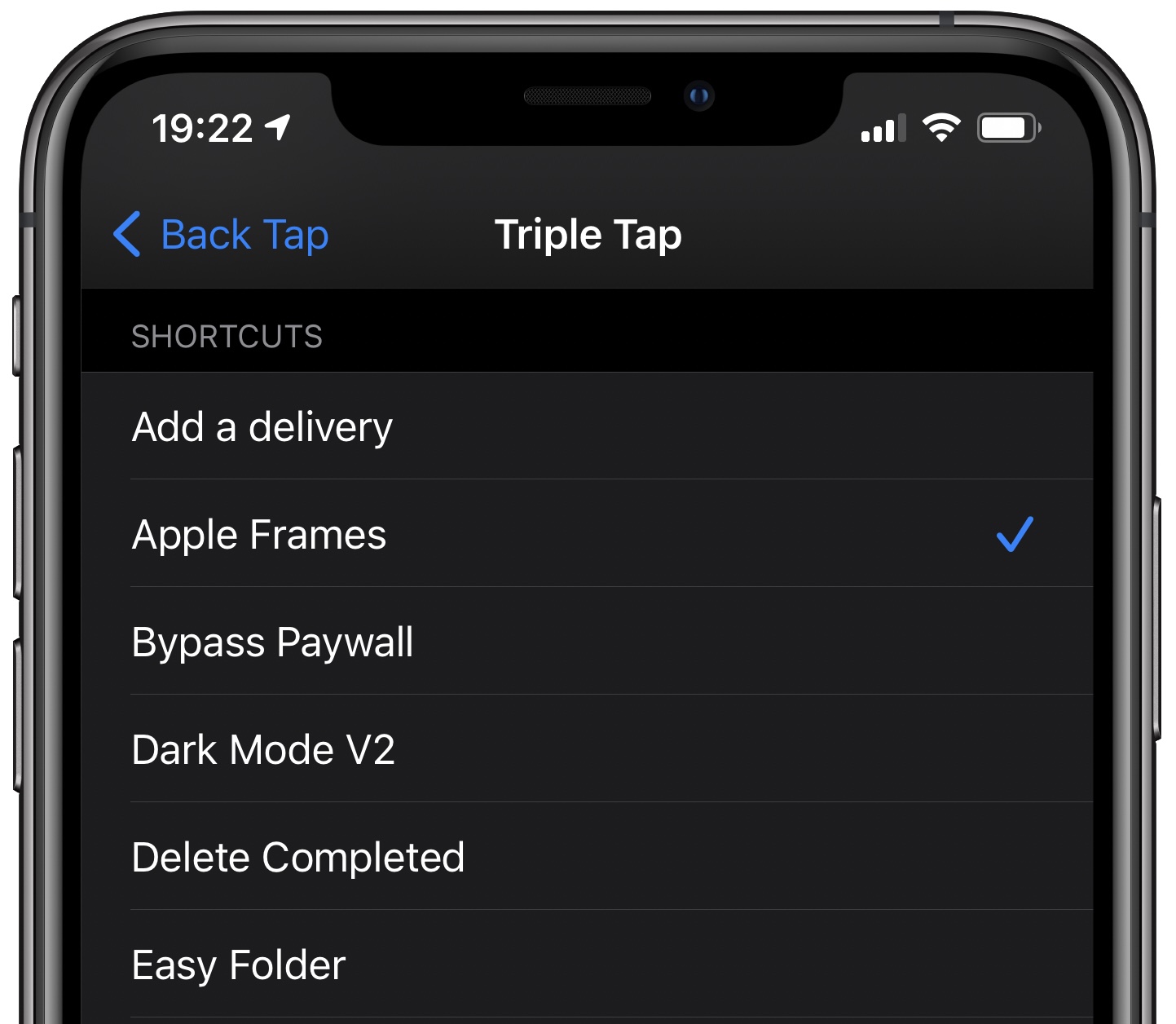 How to disable the Back Tap feature

With both double and triple-tap back gestures set to “None,” the Back Tap feature will be disabled. You can confirm that that’s the case by going to Settings → Accessibility → Touch. From there, verify that the Back Tap option listed at the bottom of the screen is set to “Off”.

If you’d like to use Back Tap again, re-enable it by following the steps in this tutorial.