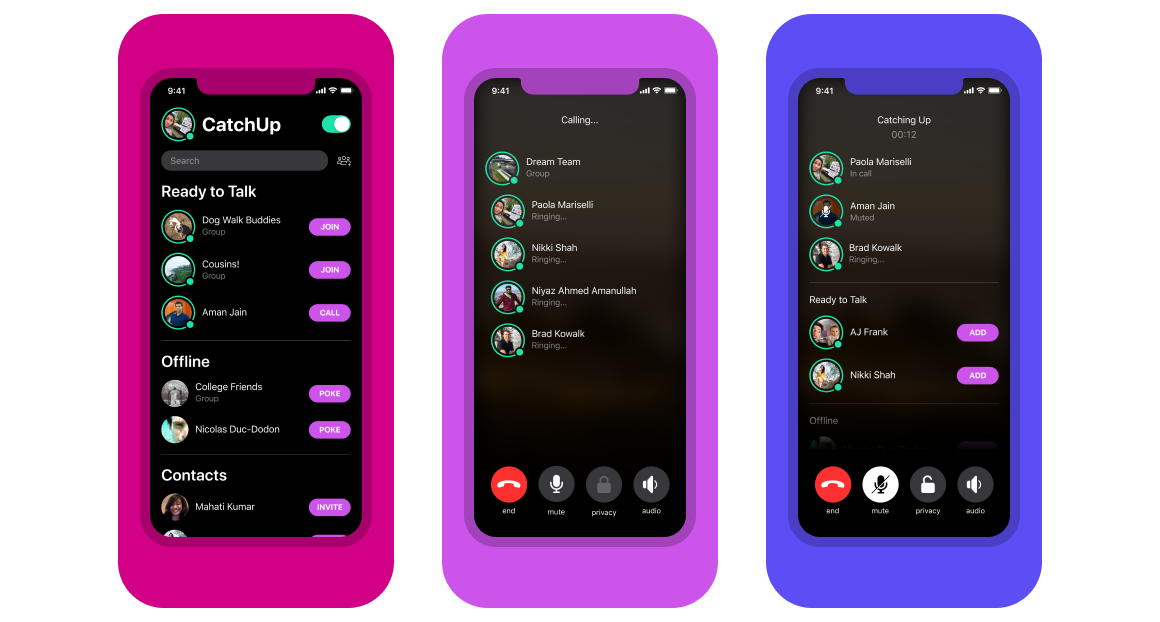 It has been a busy year already for Facebook’s new product experimentation (NPE) team, and now there’s a brand new app from the group for those looking for an easy way to make group calls.

As reported today by TechCrunch, the latest app release from Facebook’s research and development division is called “CatchUp“, and it’s specifically designed to be an easy way to launch voice-only group calls. The app is pretty simple in practice: you sign up, set a status indication to let others know if you’re available or busy, and that’s it. If you’re available, someone else using CatchUp will be able to quickly start a voice-only call with you, and adding additional people to the call is simple as well.

Up to eight people can be on a call at once, so it’s certainly not on the same level as Facebook’s Messenger Rooms which supports up to 50 people on a call.

CatchUp also supports the ability to create groups, which means you can adds friends and family to one group so when everyone is available you can make a single call and everyone will be automatically included. Interestingly, CatchUp doesn’t require a Facebook account to log into the service, as it relies on your phone’s contact list. Users will be able to choose who can jump into a call through the app’s settings.

Facebook’s NPE team says it was working on CatchUp before the coronavirus pandemic began, but since that global health crisis began the team has ramped up development to get the app released as soon as possible. As a result, CatchUp is a free app that’s available to download now for iOS and Android users.

What do you think of Facebook’s latest experimental app? Like I said above, the NPE team has been busy releasing apps through the start of 2020. For instance, the group launched “Kit” for the Apple Watch, a way to message close friends on the smartwatch. And before that, the NPE team launched “Tuned”, a new app specifically meant for couples.

Are you looking for a quick and easy way to launch voice-only group calls? If so, will you be trying out CatchUp?