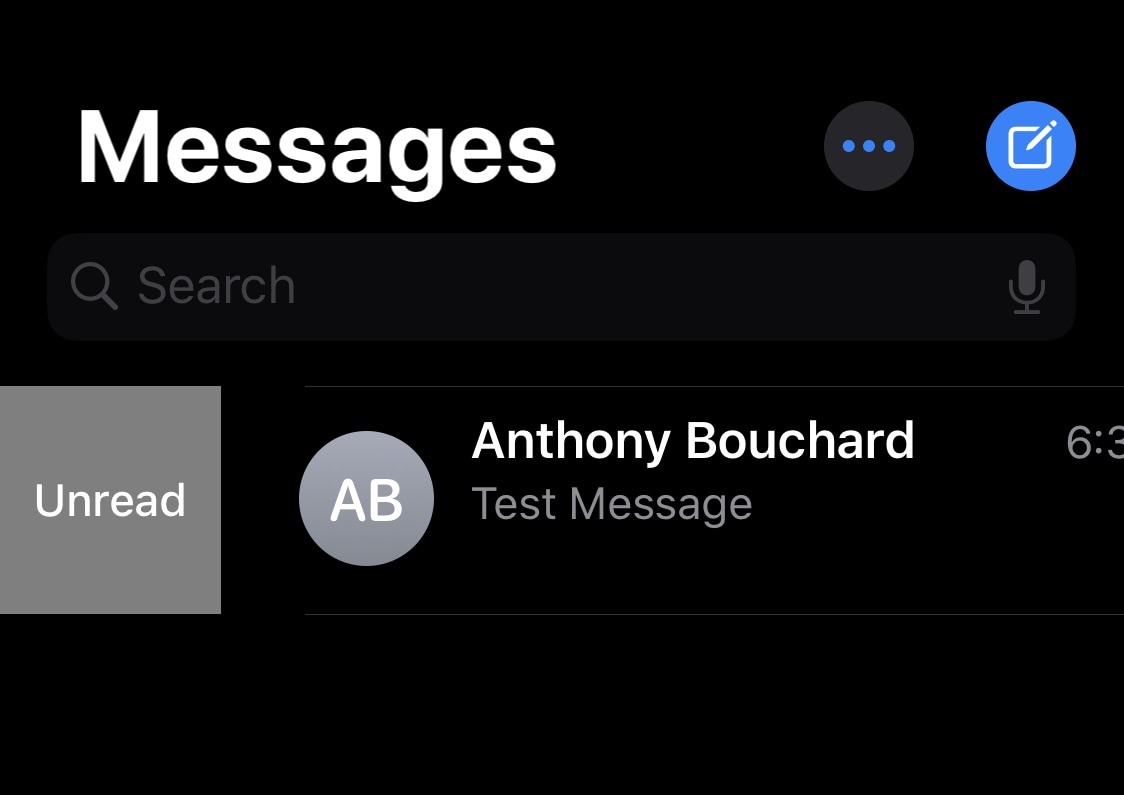 Raise your hand if you’ve preemptively tapped on an unread conversation in your Messages app by accident before, only to find yourself too busy to read or respond to the message and later forget to look back at it because the notification indicator had disappeared as a result. *Raises hand slowly*

If you joined me in the hand raise of shame, then don’t fret because we’ve all been there before. Fortunately, a newly released and free jailbreak tweak dubbed MessageUnread by iOS developer Greg0109 can remedy this unfortunate experience by letting users mark read conversation threads in the Messages app as unread instead.

We couldn’t have asked for a simpler execution. Once installed, users can simply swipe to the right on any of their conversation threads in the Messages app to reveal the “Unread” option depicted in the screenshot example above. Tapping on it marks the conversation as unread, revealing a blue dot to remind you that there’s something waiting for you in that particular conversation thread.

Here’s an animated GIF showing the tweak in action:

Being able to mark read items as unread is a standard feature in virtually any email app, and it just seems like an appropriate thing to have in your Messages app too.

It’s unfortunate that Apple doesn’t provide this functionality out of the box, but Greg0109 seems to have hit the nail on the head with this release, as the implementation feels just as native as we’d come to expect from Apple if they were to bring something like this to iOS.

It’s worth noting that MessageUnread won’t restore the missed notification on your Lock screen or Notification Center. On the other hand, it appears to work with both iMessage and SMS-based messages.

MessageUnread doesn’t come with any options to configure. It’s available as a free download from Greg0109’s beta repository via any package manager of your choosing and supports jailbroken iOS 13 devices.

Those who aren’t already using Greg0109’s repository can add it to their package manager of choice with the following URL:

Will you be grabbing this tweak? Let us know why or why not in the comments section below.