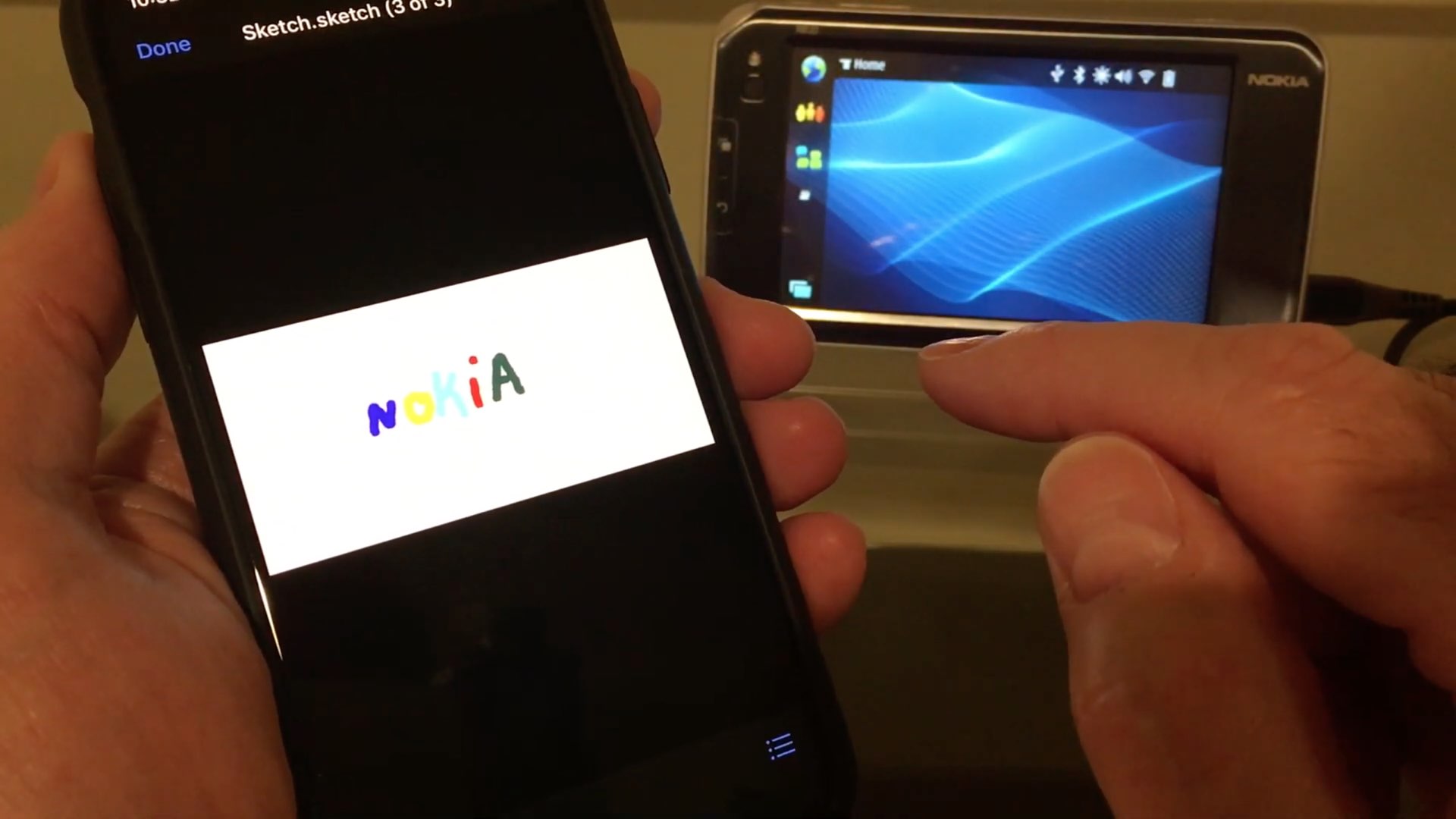 iDownloadBlog reader Niles Mitchell has illustrated why Apple made a step in the right direction when it added support for USB storage devices and file servers to the Files app in iOS 13. Now, Niles has been successfully connecting retro devices to his iPhone, which in some cases requires creative solutions to make it all work. But there’s one device I’be been anxious to see in his “Will it Work?” video series — the  legendary 1996 Nokia Communicator.

Sadly, these are very hard to come by so Niles instead got his hands on a Nokia N810 (not to be confused with the Nokia Lumia 810), which was born out of the Nokia Communicator.

Watch the video embedded right ahead to find out how Niles was able to make it all work.

He even shows some of the features — like exporting various documents and importing them into his iPhone via USB — despite the fact that the built-in apps are sparse and many third-party apps are no longer available for download (he was able to find a calendar app and a spreadsheet app).

“Using the N810 was much more like using a mini-desktop OS than the Palm or Blackberry,” Niles tells me via email. “I like how apps just automatically had the ability to save to the filesystem, and not be totally dependent on a syncing system.”

Announced after the original iPhone on October 17, 2007, the Nokia N810 was marketed as an Internet appliance running the Maemo Linux distribution operating system based on Maemo 4.

Although it didn’t have cellular connectivity, the device used Wi-Fi and Bluetooth networking and featured a Mozilla-based mobile browser, called MicroB, a GPS navigation application, new media player, a refreshed interface and so forth.

Like many Internet tablets from Nokia, the N810 had a sliding keyboard with backlit keys, a resistive touchscreen, ambient light sensor, a 640 front-facing × 480 camera for taking images and shooting video, (currently supports photos and video), a sunlight readable transflective display and other perks.

The phone featured two gigabytes of internal storage that cold be expanded to up to 32 gigabytes via a MiniSDHC card slot.

The video embedded right ahead shows off the AlphaSmart line of word processors working with his iPhone via macros that control the handset. For those not in the know, AlphaSmart was established in 1993 by ex-Apple engineers to sell low cost word processors to schools.

“I was curious if the AlphaSmart would work with an iPhone. I wanted to see not only if the core word processing features would work, but also if I could use the AlphaSmart’s Send File feature as a marco for controlling the iPhone,” he commented.

And here’s a vintage Blackberry Curve connected to an iPhone.

He’s also managed to make his Apple Watch work with Iomega’s Zip drive and resorted to some clever trickery to make the watch burn CDs, which I find fascinating.