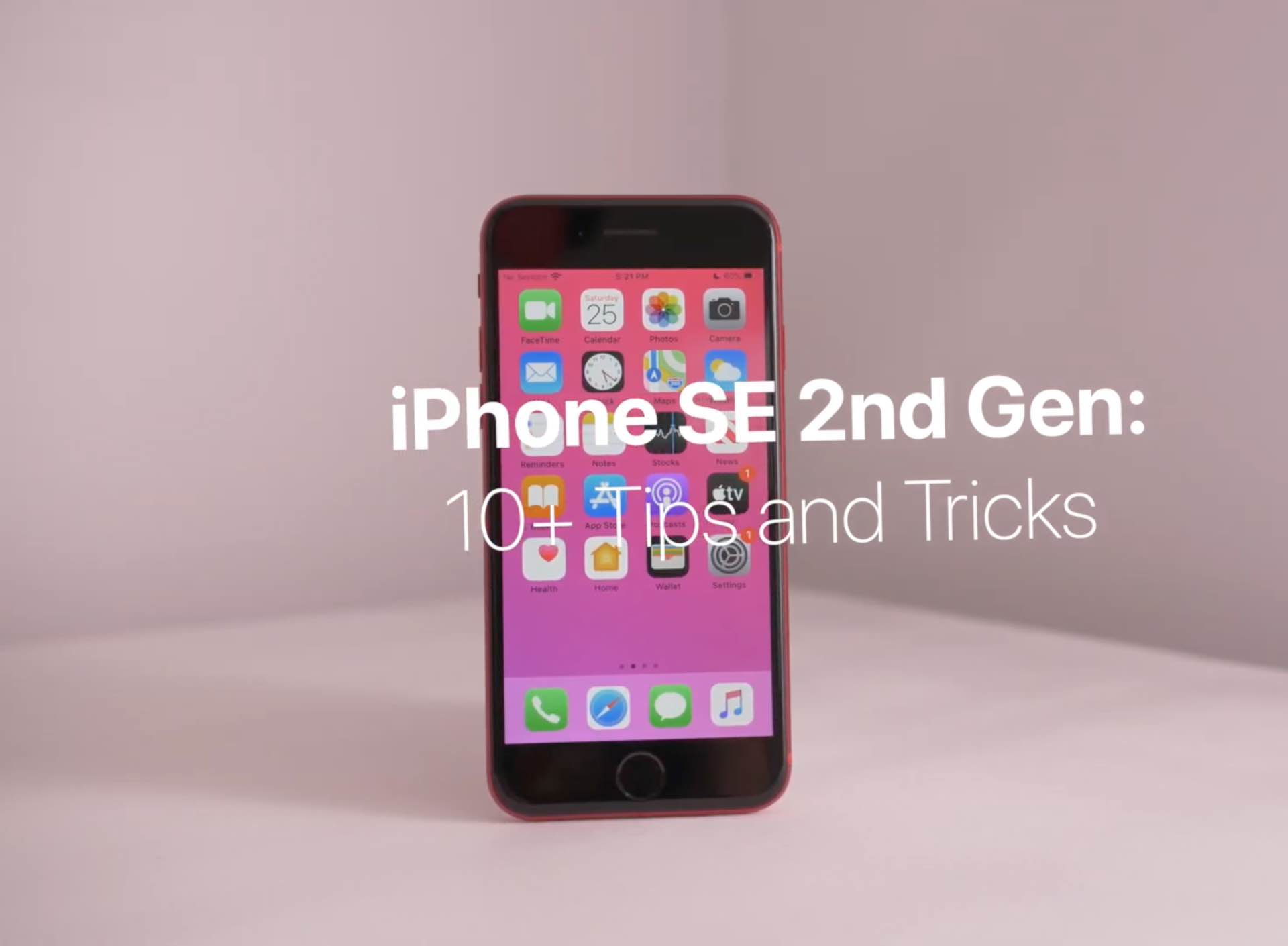 With the new iPhone SE a reality, folks who haven’t owned an iPhone in years are sharing their tips for using the handset. We’ve rounded up a few common tips we think new iPhone SE customers will love. Watch our hands-in video walkthrough and learn something new today!

Seasoned iPhone users are probably familiar with these tips. We’re not expecting this tutorial to satisfy every single person, nor is that the point. The point is to surface some of the best new features of the 2020 iPhone SE and offer a few quick tips for how to use them effectively.

Watch the below hands-on video walkthrough from our videographer Harris Craycraft.

If you didn’t have the time to run the six-minute video, here’s everything it covers.

Register up to five different fingers to make unlocking your iPhone easier. In order to improve the reliability of fingerprint recognition, scan the problematic finger again in a new Touch ID slot. Want to add more than five fingers to Touch ID? Be sure to tap the Home button with different fingers during a single Touch ID enrollment process.

Instead of going to Settings to change shooting resolution and frame rate, you can do that from the Camera app (this requires at least the A13 Bionic chip that your iPhone SE has).

Swipe to Video at the bottom of the stock Camera app, then hit the video resolution label in the upper-right corner to switch between HD (1080p) and 4K recording. To cycle through the supported frame rates, tap the adjacent label to flip between 30 and 60 frames per second.

You can also swipe to Slo-Mo at the bottom, then tap the frame rate label to switch between HD (1080p) slow-motion recordings at 120 or 240 frames per second.

Due to its smaller form factors, the stock Camera app does not display the top and bottom row of icons all the time. Some of the common shooting features, such as LED flash and Live Photos, can be toggled on or off by tapping their respective icons near the top of the interface.

To reveal other options including crop settings, filters, timer and so forth, simply swipe up and down on the camera interface with one finger or hit that chevron at the top.

Yes, the new iPhone SE lets you scan QR codes with the built-in Camera and get relevant popup actions, like visiting the encoded URL, without having to use third-party apps. You can also scan QR codes and documents from the Home screen or through the Control Center, as well as use the QR code scanner to join Wi-Fi networks, scan documents in the Notes app and more.

Like the previous tip, this one works on older iPhones as well. To export a Live Photo as a video, select it in Photos, hit the Share button and choose the option Save as Video.

iOS 13 lets you type by swiping when using the stock keyboard (Slide to Type must be on in Settings → General → Keyboard) As you slide to type, you see suggested alternatives to the word you’re entering rather than predictions for your next word. To enter accented letters or other alternate characters, tap and hold a key and then slide to choose one of the options.

The iPhone SE doesn’t have 3D Touch, but iOS comes to the rescue with Haptic Touch: that is, a tap-and–hold gesture paired with haptic feedback that simulates a physical click in a manner similar to 3D Touch. This lets you position the cursor precisely when editing text by holding the Space bar key, then drag the cursor to where you want it to be.

Due to its compact 4.7-inch design, the iPhone SE lacks enough space inside to accommodate a massive battery, which means you’re probably going to be charging it once or twice per day, depending on your particular use case. Thankfully, the phone supports fast-charging, giving you 50 percent charge in just 30 minutes — if you have the right charger and cable.

Apple puts the regular, tiny five-watt charger in the box, but it only supports super-slow charging. To fast-charge your iPhone SE, be sure it’s connected to an 18-watt or higher USB-C Power Delivery charger via a Lightning to USB-C cable (if you own an iPhone 11 or a recent MacBook model, you already have a very capable USB-C charger that can fast-charge your iPhone SE).

Your brand spanking new iPhone SE defaults to automatic brightness control to preserve battery life. If you don’t want the iPhone SE screen brightness to change automatically according to your surroundings, simply disable the Auto-Brightness setting in Settings → General → Accessibility → Display Accommodations (which should show as “On”).

Move multiple apps at once

You shut down your iPhone SE like you would any other Touch ID-enabled Apple smartphone, by holding the Power button until your shit-down options appear. Force-restarting an iPhone SE is, however, slightly different from the iPhone 6s and older phones.

For more information about the iPhone SE, check out the official technical specifications.

Think we should have put some other features on our list?

Don’t be shy, let us know which ones, and why, in the commenting section down below.