iOS’s famous jiggle mode, invoked by holding an app until the icons on the Home Screen start shaking and wriggling like they’re doing a dance, lets you drag an app to a new position, move an app between pages, quickly create a folder by dragging an app onto another app, etc.

On older iOS editions, you could only move a single app at a time. But since iOS 11 and later, jiggle mode takes full advantage of drag and drop functionality, allowing you to move a bundle of apps at once, create a folder from multiple apps, and more.

For example, you could easily gather all those games scattered across multiple pages on your Home Screen in an app bundle to move them to a new position in one fell swoop, quickly create a folder from your app bundle, and more, without needing to manage the arrangement of your Home Screens in iTunes or move the apps individually like an animal. 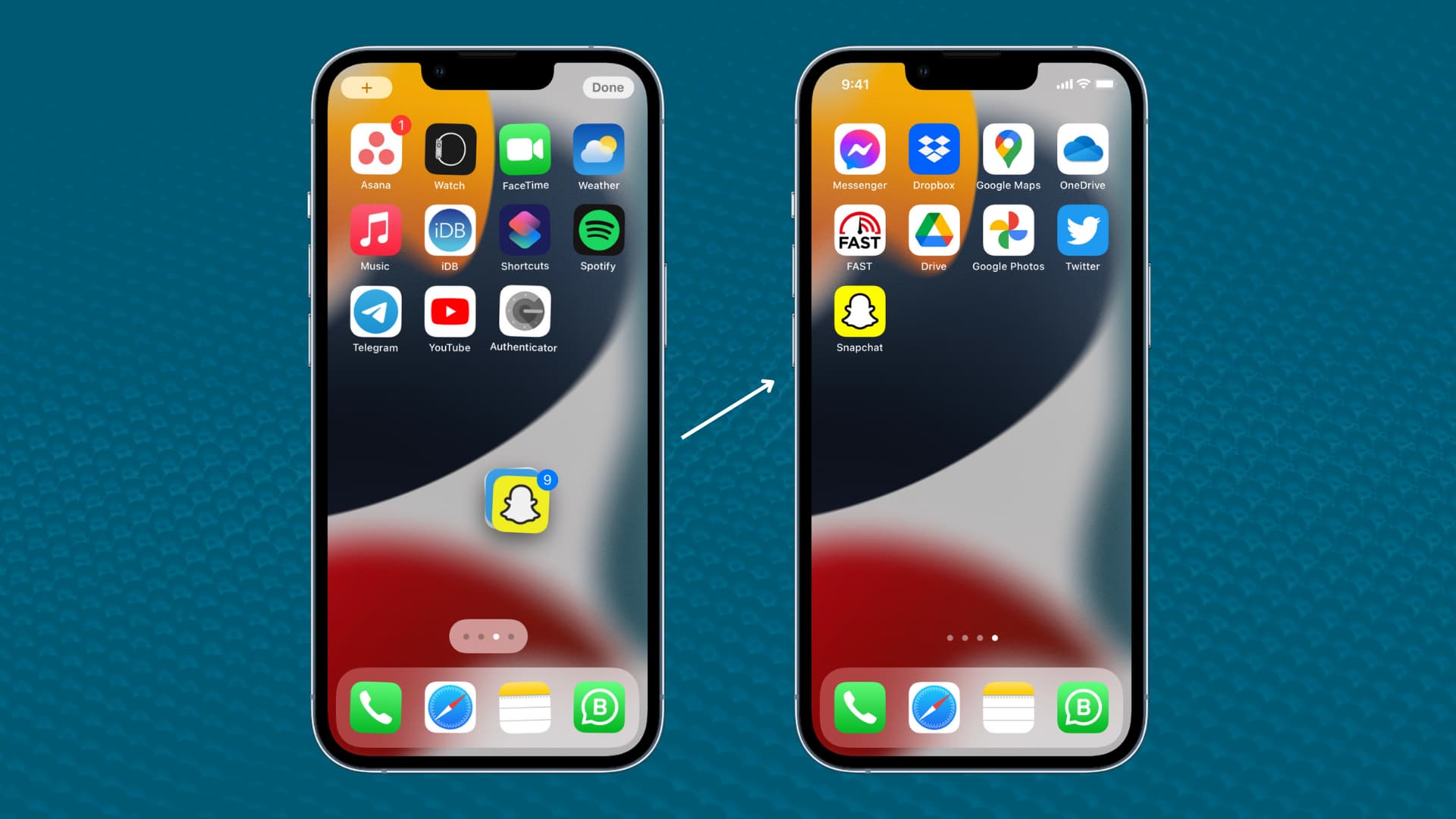 How to move multiple apps on iPhone and iPad

Here’s how you can move multiple apps on your iPhone and iPad’s Home Screen:

1) Be on your iPhone Home Screen.

2) Tap and hold any app to enter iOS’s standard icon jiggle mode. Now move your finger slightly in any direction until the minus sign (-) in the app’s top-left corner vanishes, as evidenced in the screenshot below.

3) Without releasing the finger, tap each app you’d like to move together with the selected app.

You’ll notice that apps are instantly added to your bundle as you tap them, with the live-updated badge denoting the number of apps in the bundle. 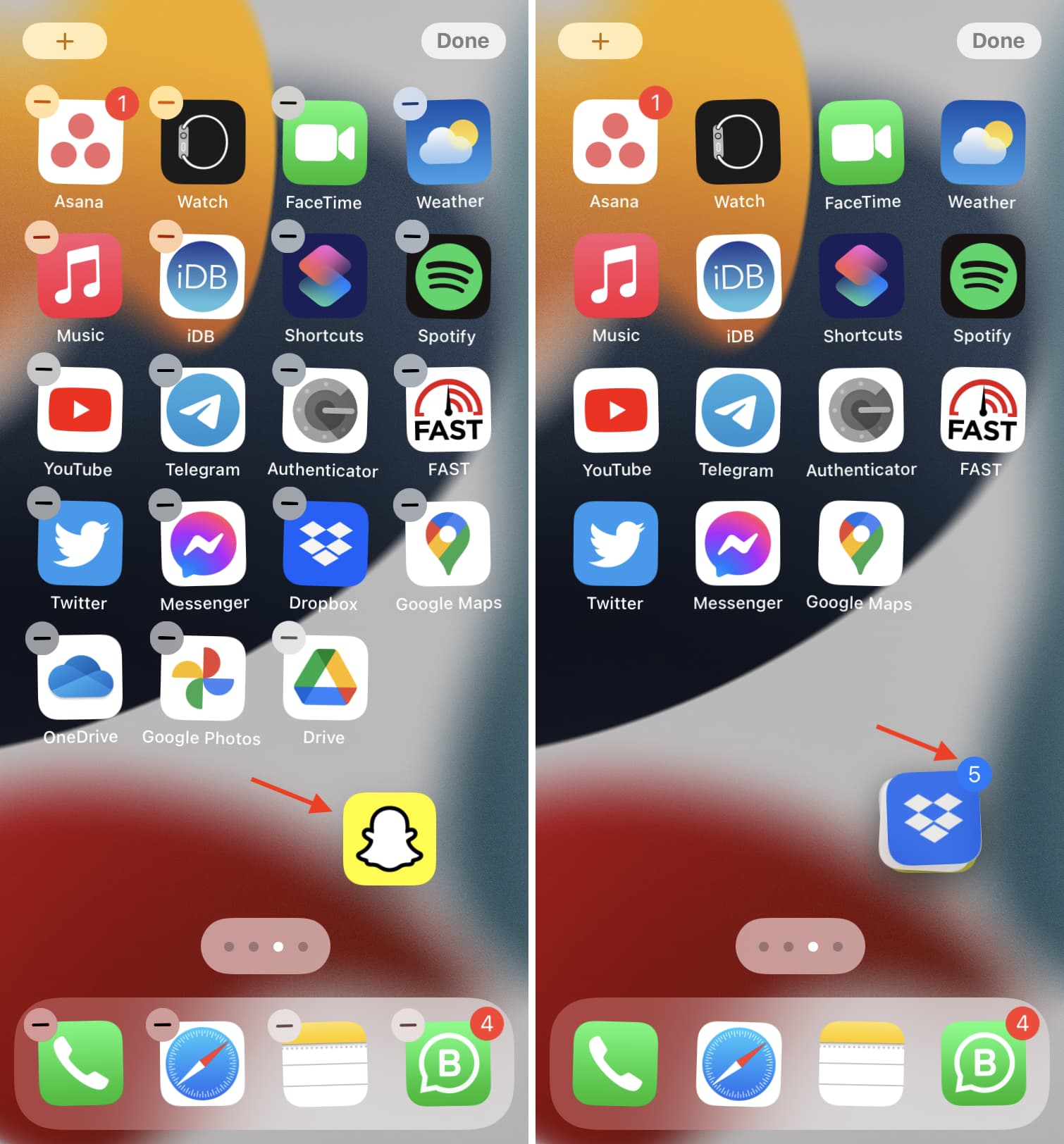 Tip: To abort the operation without moving any apps, let go of the finger and your selected apps shall return to their original position.

4) Drag the bundle to a new position, then let go.

You can drag the bundle around like you would any other app and even move it between different pages to add additional apps as you go through.

Upon releasing the finger, all of the apps in the bundle move to the desired position.

5) Tap Done to save the changes. 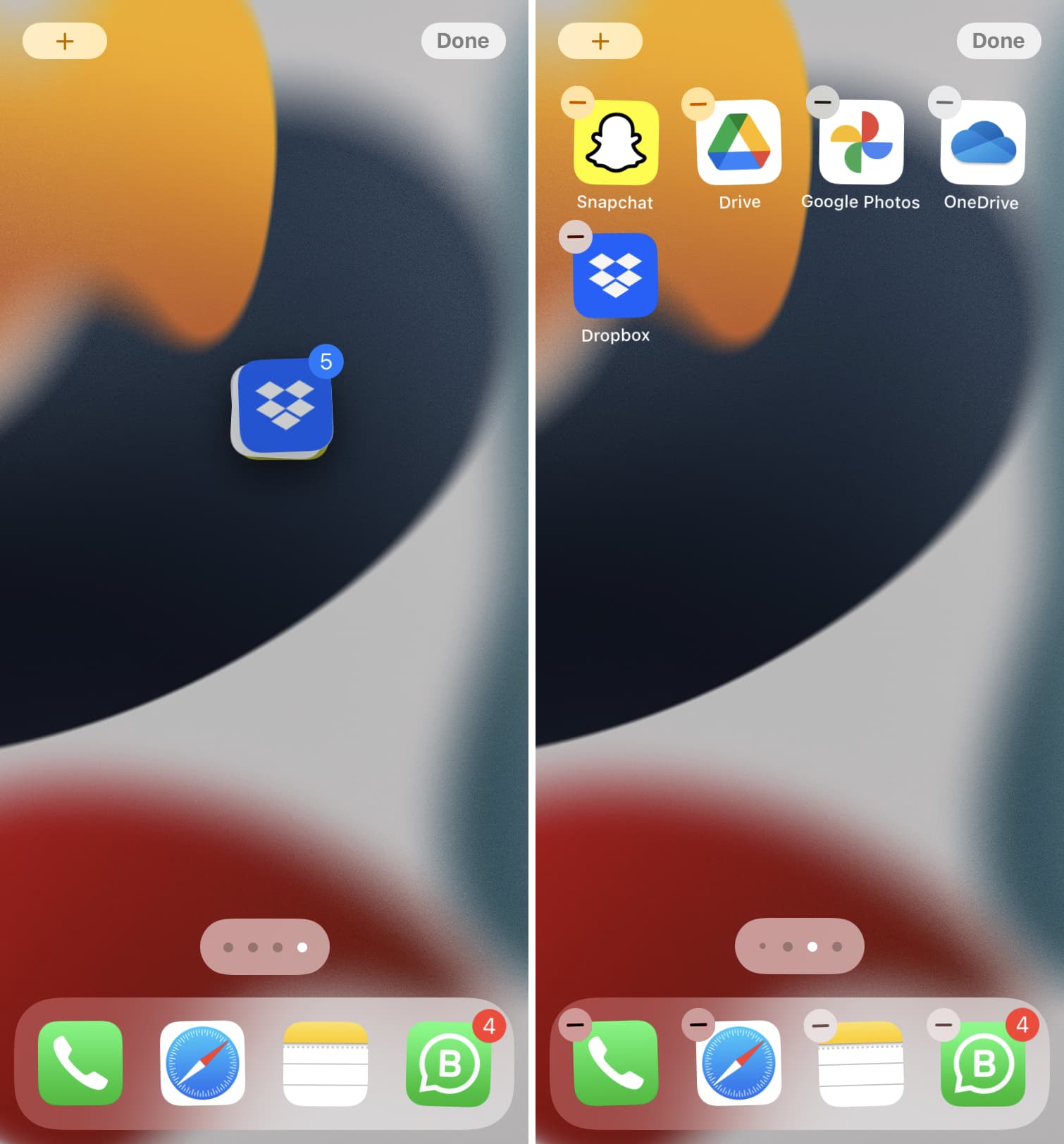 Watch Andrew’s video tutorial embedded below to see this feature in action.

How to create folders from multiple apps on iPhone and iPad

You can just as easily create a folder from a bundle of apps. Here’s how:

1) Be on your iPhone Home Screen.

2) Tap and hold any app to enter jiggle mode, then move the finger slightly so that the “-” in the app icon’s top-left corner vanishes.

3) Without releasing the finger, select other apps to add them to your bundle.

4) Drag the bundle onto another app, then let go. 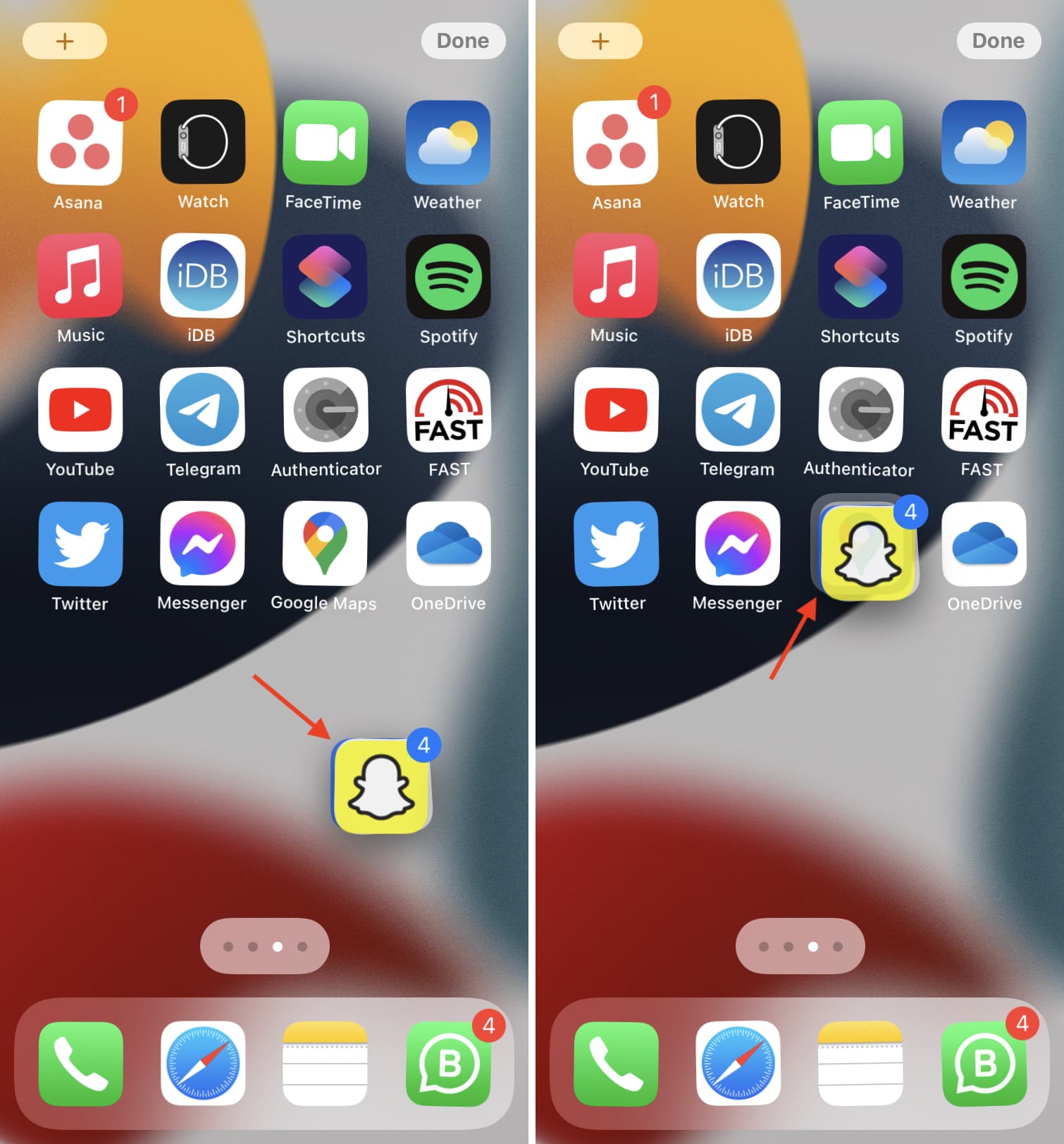 Voilà! Just like that, you’ve created a new folder from all of the apps in your bundle. 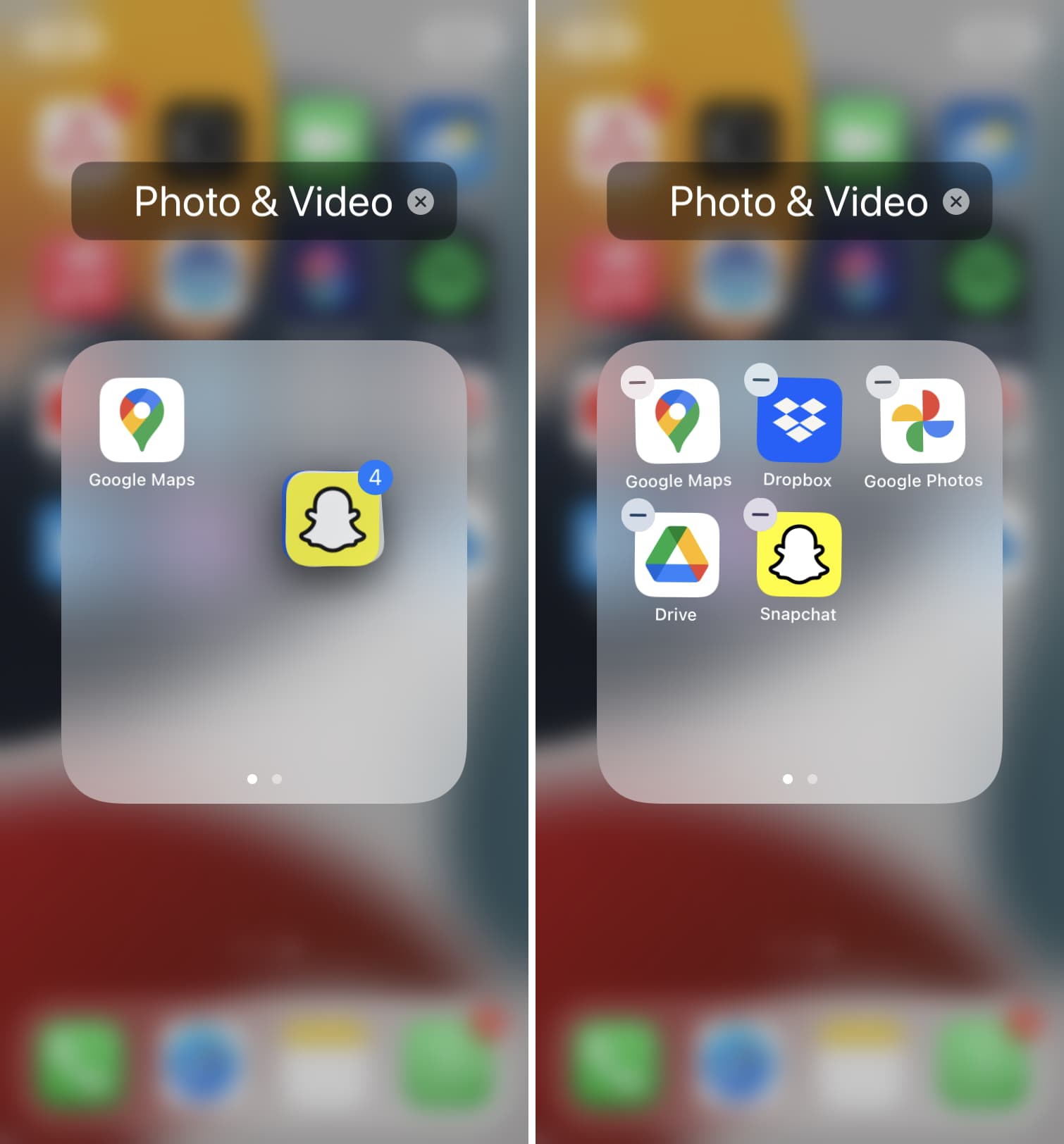 As you’d expect, you can quite easily move your app bundle between pages by dragging it to either side of the screen. Plus, you can move multiple apps at once out of a folder and more. You cannot, however, add a folder to your bundle of apps.

1) Make sure you’re on the Home Screen.

2) Select and hold any app to enter jiggle mode, then move the finger slightly so that the “-” in the app icon’s top-left corner vanishes. Next, tap other apps to add them to the bundle.

3) Without releasing the finger, tap a folder you’d like to put your selected apps in.

4) The tapped folder opens. Move the bundle inside the folder overlay, then let go of the finger to drop all the selected apps in the folder at once. 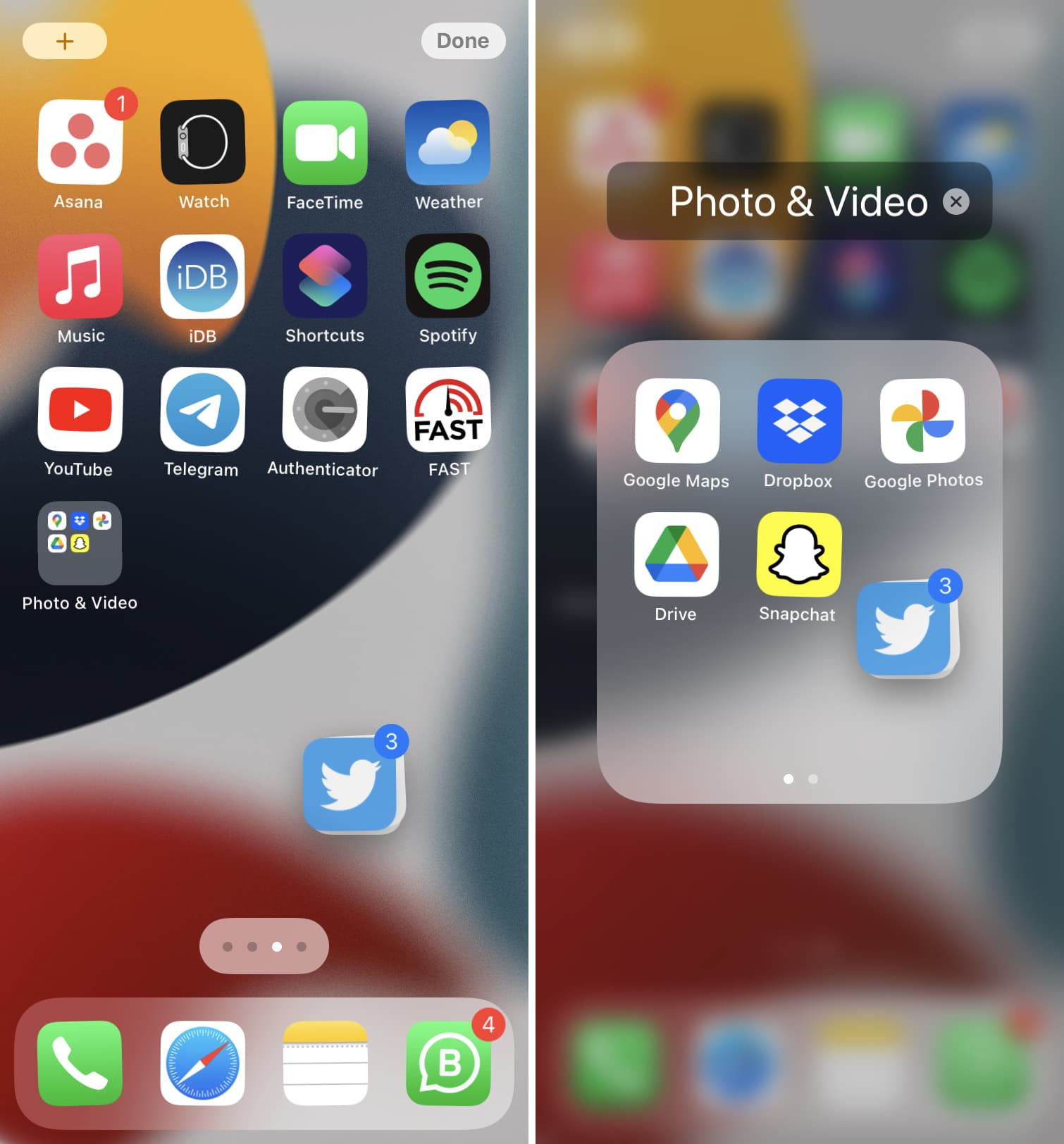 To cancel the action, move the bundle outside the folder overlay, then let go of the finger.

Tip: Or, you can simply move the bundle onto a folder and let go.

To quickly delete a folder, tap it and add all of its apps to a bundle, then move the bundle outside the folder overlay. This will move the selected apps to the Home Screen and automatically delete the folder, all in one go.