Hot off the heels of a plethora of teasers that have been shared over the course of the past couple of weeks, Pwn20wnd has officially commenced an internal beta testing phase for the unc0ver jailbreak with iOS 13.0-13.3 support on A12(X)-A13 as of Wednesday afternoon – a feat made possible with Brandon Azad’s oob_timestamp tfp0 exploit. 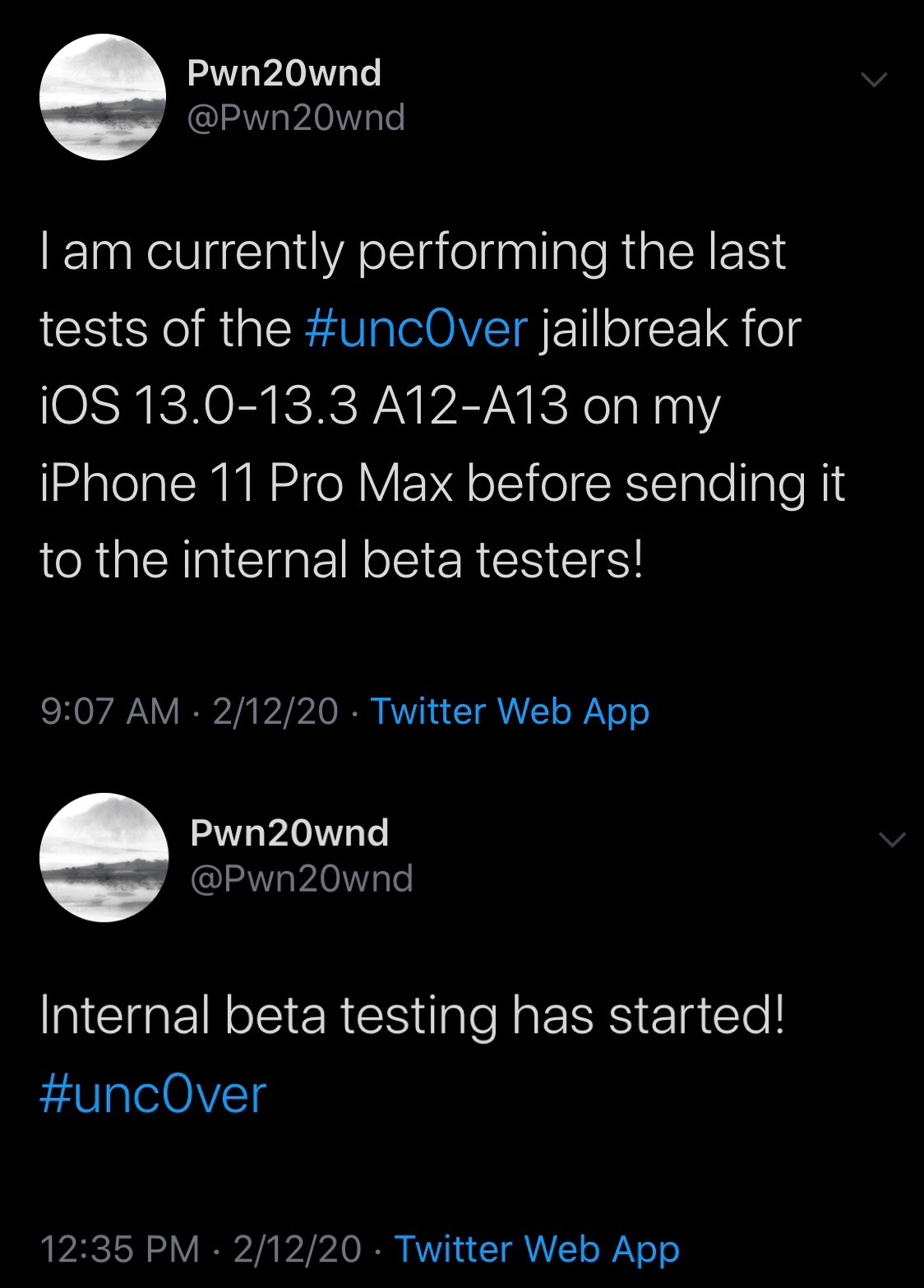 There’s no telling when the first public beta of unc0ver for iOS 13.3 might launch, but it seems certain to say that the release schedule depends greatly on the results of the internal beta test. If the testing goes well, then a public beta could launch sooner rather than later. Alternatively, if any substantial bugs are discovered, then this would delay any sort of public launch until they were fixed.

So how will users get unc0ver when it’s finally released? According to a Tweet shared this afternoon by Pwn20wnd, the new official way of downloading the unc0ver jailbreak will be through the use of the AltStore platform. Rather than using a revocable enterprise certificate as signing services like Ignition and iOS Ninja do, AltStore uses an Apple ID associated with a free Apple Developer account to sign and install the unc0ver app for installation on your device:

Of course, you can still expect signing services like Ignition and iOS Ninja to host the unc0ver app for computerless usage, but in doing so, you’d run the risk of the certificate being revoked and then you’d have to find an alternate means of installing unc0ver.

Several of the internal beta testers have already started sharing their thoughts of the jailbreak thus far:

From what we can gather, the jailbreak will support A12(X)-A13 devices initially, with the possibility of support for older devices in the future. Moreover, it will support all versions of iOS 13 from 13.0-13.3. In the meantime, the checkra1n jailbreak can be used to pwn older devices up to and including the iPhone X on iOS 12 and iOS 13 (including iOS 13.3.1).

Once released, unc0ver would be the first public jailbreak ever to support A13 devices, including the iPhone 11, iPhone 11 Pro, and iPhone 11 Pro Max.

Are you excited that unc0ver with iOS 13 support is just around the corner? Share your thoughts in the comments section below.