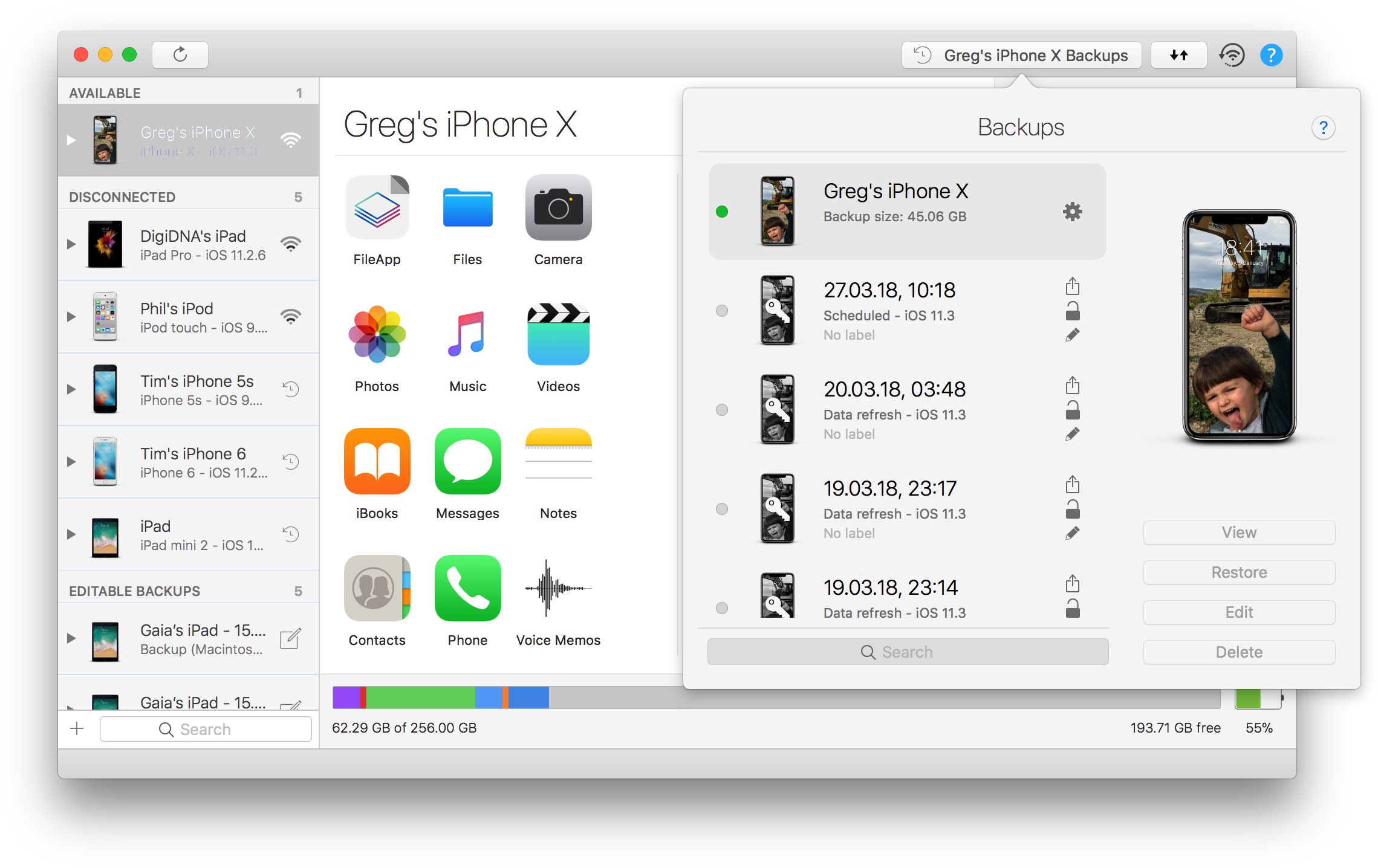 Following the revealing report by Joseph Menn for Reuters alleging that the FBI “about two years ago” pressured Apple not to encrypt iOS device backups in iCloud, many iPhone users seem unhappy with this news. As an alternative, backing up your iOS device locally using iTunes on a Mac or Windows PC (or the Finder in macOS 10.15 Catalina) lets you retain ownership over your data versus having the contents of your device uploaded to iCloud.

Unfortunately, even local iOS device backups are plagued with shortcomings.

Enter iMazing, DigiDNA’s flagship app that lets you browse local backups on a computer, recover/export data and dig deep into an image of the iOS file system without jailbreaking.

When you use the iCloud Backup option on iOS, your device stores an encryption key to be able to decipher your data, but Apple also has one which allows it to comply with government requests seeking a copy of a suspect’s device backup in iCloud.

Unfortunately, local backups via the Finder/iTunes are not encrypted by default.

Moreover, many Apple customers don’t really know how to perform an encrypted local backup of their iOS device. Because unencrypted local backups can be browsed by anyone, Apple omits sensitive data like your Wi-Fi passwords and the Health database from them. Encrypting a local backup ensures no one, not even Apple itself, is able to access the data within.

With the free iMazing app, your local iPhone and iPad backups can be end-to-end encrypted with just a few clicks. The backup format is the same as iTunes backups, with an added versioning layer so that backups are never overwritten, which is a nice touch.

You can set it to automatically back up iOS devices over your Wi-Fi network. Local backups can run on a schedule and can be set to a custom folder/drive of your choice. 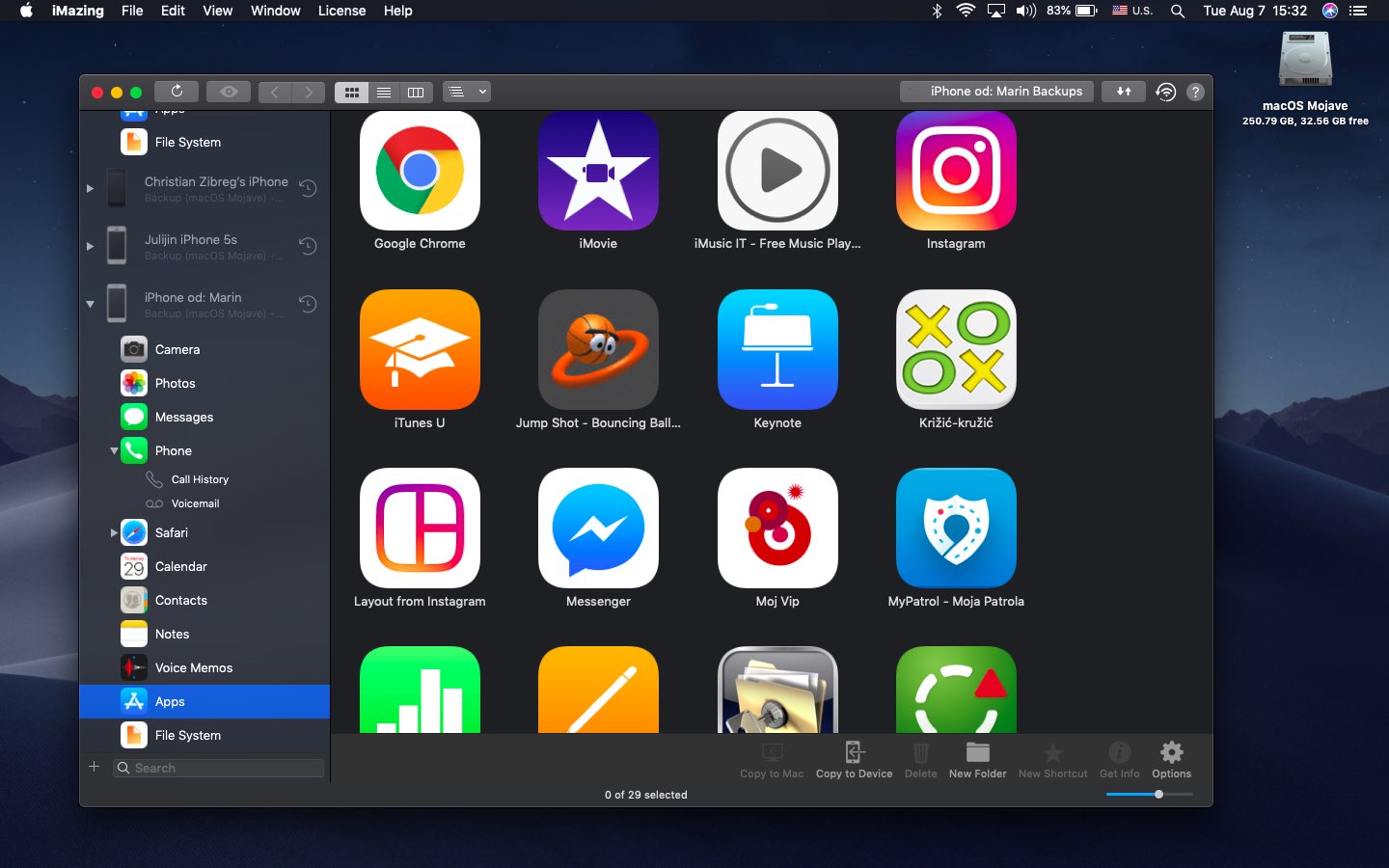 As the iMazing team told me via email:

In our opinion, creating local backups is not just the only way to do end-to-end encrypted iOS backups, it’s also a way to regain ownership over your data: local backups are browsable with iMazing so you can recover your data on a moments notice, export it to various formats and dig into an image of the iOS file system without jailbreaking.

You’re recommended to check out their Medium blog post as it does a great job explaining, in layman’s terms, why backing up iPhone and iPad locally still matters.

Now, I understand that most people never bother to connect their iPhone, iPad or iPod touch to a Mac or PC. But if you’re aware of this feature and happen to be using iTunes or the Finder to perform iOS backups on a regular basis, you should give iMazing a try.

Aside from giving you complete privacy by letting you perform an encrypted backup of your iOS device wirelessly, to your chosen location and drive, the app saves every backup incrementally which lets you go back in time to a specific version.

That handy feature is nowhere to be found in the Finder/iTunes. 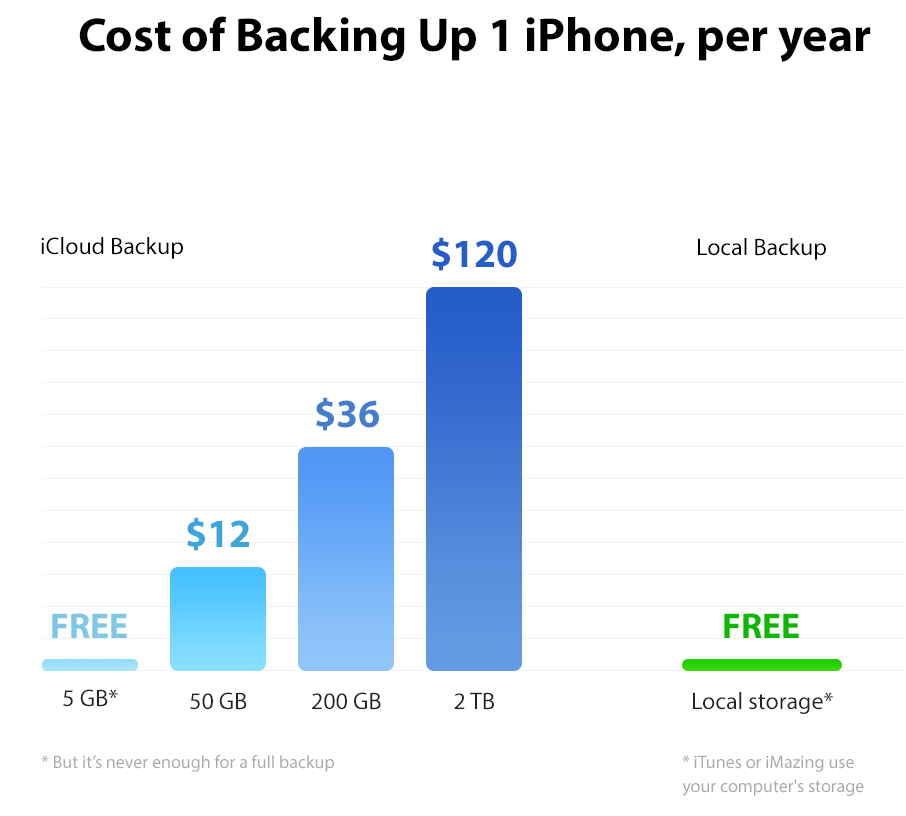 You can configure when and how frequently each of your devices is backed up locally, which is another feature that Apple does not support. I could go on and on about iMazing, but these are your key takeaways in light of Apple’s latest privacy and encryption fight with the FBI.

iMazing is free to download and a version for Windows is available, too.

The ad-free app requires no registration and no paid cloud storage. A license is required for advanced features, but things like backing up, restoring and browsing backups are entirely free.